The One Skill I Had To Get Better At Quickly 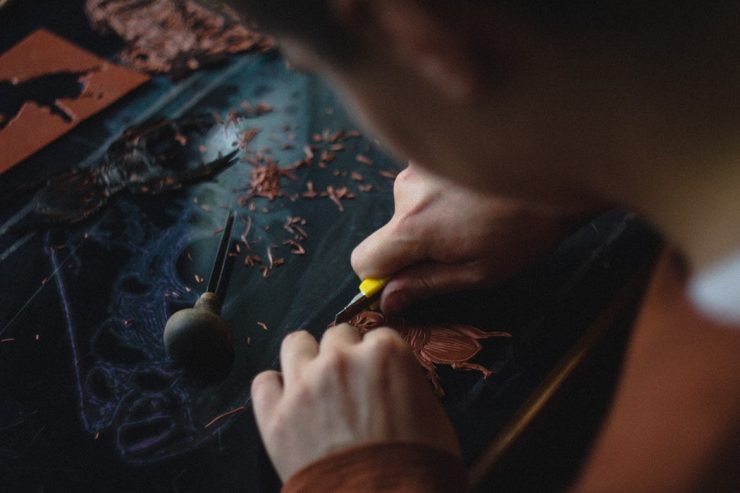 I feel horrible when I’m bad at something.

When I started my first business, I was bad at dealing with partners, employees, money, expenses, and negotiation.

There’s no way to start a business without being bad at those things. People who are good, are good because they spent ten years being bad.

Note: You have to love being incompetent in order to be competent.

I had to give myself permission to be incompetent at business, at relationships , at parenting. I’m still mostly incompetent.But maybe a little better.

When I started my first business I had one skill: people liked me. I hate to say that’s a skill but it is.

I was always so ugly as a kid (my personal opinion of myself) that I forced myself to be as likable as possible to overcompensate.

And then, when I had a job interviewing people at three in the morning, I practiced even more. Why?

Because if a couple is arguing at three in the morning on a street corner in a ghetto, how can I go up to them and say, “Hey, what are you guys arguing about?” and make them comfortable with me in three seconds.

You only have three seconds. I know this because if they are not comfortable within three seconds, then an angry, drunk couple at three in the morning in New York City will either spit on you, throw something at you, or try to hit you. All three of those things happened to me.

So I had to get better. I was really shy just walking up to people. But in a three year period I interviewed about 1000 people at 3am and learned to get good.

Later when I started a business, the main skill set I had was treating the CEO of AmericanExpress like an unfriendly prostitute at 3 in the morning and then I would get the deal.

I had other skills. But they didn’t matter. I could program a computer, for instance. But a lot of people who program computers can’t talk to people. I know this because I went to school with all of them.

I can’t think of a shortcut because I am the most scared, shy person in the world in any social situation.

When I was little, my grandfather would pick me up and carry me to another little boy and force me to introduce myself but I would start crying and he would get upset and hit me.

Later, when I was in a new camp, I literally couldn’t open my mouth. All of the other kids thought there was something wrong with me. Eventually,the camp didn’t know what to do with me and my parents just let me stay at home.

And when I started to like girls (and then women), for many years I had to play a role in order to open my mouth. I had to pretend to be something I wasn’t.

My self-esteem was such a difficult burden for me to carry around I had to constantly let others take care of it for me. That’s a bad mistake.

Sooner or later, they can’t carry your self-esteem for you and you fall apart. I try not to do that anymore.

So I knew talking to people at three in the morning would be really hard for me.

And I knew doing sales at a business would be really hard for me.

And I knew that meeting someone I loved and somehow expressing myself to them in an authentic way would be really hard for me.

And I knew that going to a party and making friends, or even talking to my own friends would be really hard for me.

And I knew having a podcast and talking to complete strangers about all the challenges life had for them would be really hard for me.

So I guess that’s the key, and now I guess I can write the bullshit.

A) Identify one thing you love that is really hard for you.

Then you move from incompetent to competent. From competent to mastery. From mastery to virtuosity. [Thanks to my friend, Mark Ford, for breaking it for me into these four categories. It’s very true.]

I have never seen a short cut.

I’ve been writing for 25 years. Almost every day. I few weeks ago someone wrote a comment on one of my posts, “this guys seems like he needs medication but if he took it maybe he wouldn’t write like this.”

I’m glad so many medical professionals take time out of their busy day to give me a diagnosis on social media. I guess that is what the “sharing economy” is all about.

All I know is:

I walk around and sometimes wake myself up. I think: I’m from another planet and this is my first second on Earth. What do I do now? What!?

At that moment I pretend I am bad at everything and I need to look at everyone RIGHT NOW and start figuring things out.

From the point of view of an alien the world is a scary and exciting place. Something to learn.