The Secret To Doing What You Love 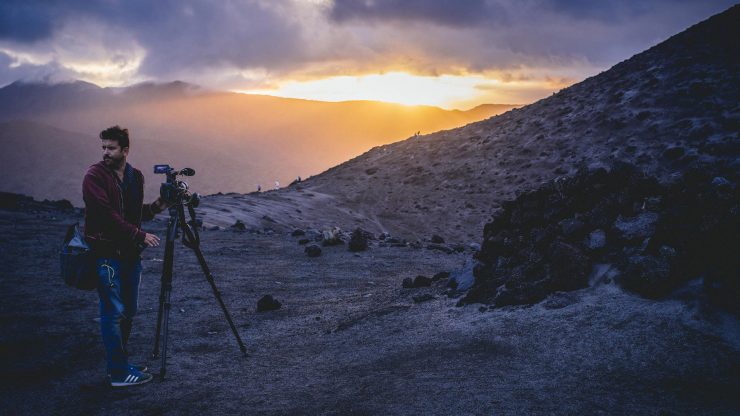 The Secret To Doing What You Love

“I came to LA because I write films,” the Uber driver told me. “I wrote a movie about kids in a ghetto, trying to survive.”

We were going just a few blocks. I was lazy and didn’t feel like walking.

“So far I had a meeting at CAA, do you know who they are?” he looked in the mirror at me.

“And now my manager got me a meeting at Paradigm,” he said, “so I’m hopeful. I just drive this Uber to make money while I wait for my film to be made.”

“Instead of driving an Uber, as long as you have a manager, why don’t you try to write for TV?” I said.

“Only a few movies are made each year but there are so many more outlets for TV now that Netflix, Amazon, Hulu, and even Apple are doing original programming.”

“I could do it,” he said, “I even have a contact at [he named a show I can’t remember] who said he would hire me right away. But my heart is in cinema. I will only do cinema.”

A friend of mine is a DJ. But she makes no money. She works on her music but also has a job at a clothing store to make money.

I said to her, “Why don’t you DJ at weddings or bars?

“Get your name out there so people can find your music. Or you can even play your own music and if you do a lot of events you might find someone who wants to take you to the next level.”

She’s been working on her music for almost 20 years.

She said, “I just want to stick to my own music. If I DJ at a wedding I have to play other music.”

[ RELATED: 10 Reasons You Should Quit Your Day Job But Not Your Day Dream ]

No judgments. But they are making it hard to do what they love.

Understanding the “art of the transition” is the key.

It’s taking each thing, moving it into the next, repeat, success.

Jesse Itzler, who was on my podcast after writing “Living with SEAL,” was a rapper in the early 90s.

His rap name was Jesse Jaymes. Check out the video for his song: “Shake it like a white girl”

At the time it was Jesse versus Vanilla Ice and Ice sort of won. Or sort of didn’t. Who can judge?

He didn’t want to fail.

So he started making and producing songs for sports teams. He built an entire company out of making theme songs for sports. His music is heard any time you walk into a stadium now.

Did he give up on his dreams? No. He is LIVING the dream.

I wrote four unpublishable novels in the early 90s. I wrote maybe 100 short stories. I would send out 20 or 30 submissions a day to agents, publishers, literary journals, everywhere.

100% rejection. 100s of rejections. And I didn’t do anything cute like wallpaper my room with rejections. I was simply depressed and rejected.

But I figured, let’s do something with this. I got a job at HBO. I started pitching TV shows.

OK. I leveraged that into starting a website development company that focused on entertainment clients.

I sold that company for millions.

I went into the financial business. Eventually I started writing about finance. I started another company in the business that involved a lot of my writing. Sold that for millions.

“Your heart is in fiction,” an agent recently told me, “You should write there. We’ll represent you.”

Transitions are the key.

There’s no such thing as, “I love this and then, A, B, C and success happens.”

There’s no Beginning, Middle, End, where “End” equals success. That rarely happens. Maybe it happened to two people in life. Larry Page and Bill Gates. Two out of billions.

I wish I was Larry Page. Maybe I am jealous of him.

Here’s how it happens:

MIDDLE. Confusion. Fog. “What do I do now?’ Ideas, depression, fog, bad idea after bad idea and then finally good idea.

In the middle, you take the old, you tweak it, you try it in different ways. You work it.

…BEGINNING. The seeds planted for many new things. All generated as a combination of your ideas and your past loves.

Don’t outsource your self-esteem to only one outcome. Then you are a slave to a future you can’t predict.

If Jesse Itzler did that he still might be making YouTube rap videos in his mom’s basement.

If I did that I probably would be writing bad novels and living in a homeless shelter in Pittsburgh.

If Ev Williams did that, instead of starting Twitter, he’d still be working on a platform for podcasters.

Ending, Fog, Beginning. The foggy scenes are the most suspenseful in the movie. They keep us on the edge of our seats.

I hope my Uber friend remembers that.

Related Reading: HOW TO QUIT YOUR JOB THE RIGHT WAY 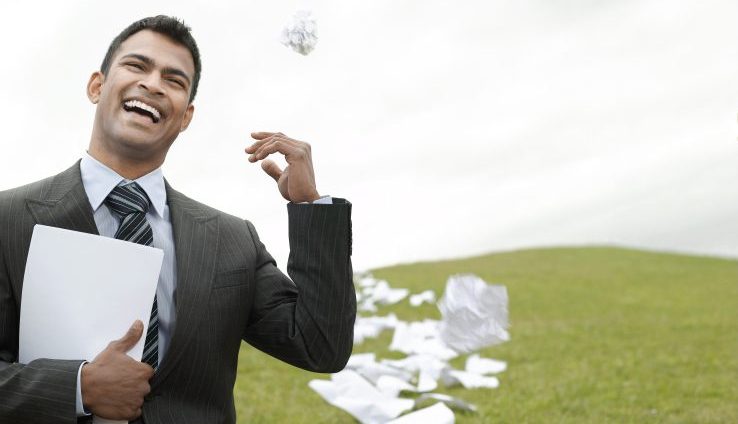