The Ten Commandments of James-Ism (or insert your own name)

I just published a brand new book and I’m really pleased with it.

The book has original material (not just blog posts), had a professional designer work on it, solves a problem we all face in life, and I think I do it with a good amount of storytelling. In another post I will list the differences between this book and the one before it (and my blog posts). Here’s an image of the cover and if you click on it it takes you to the book page on Amazon. Right now it’s a paperback. It takes Amazon 2-4 weeks to make it kindle-ready: (Here’s also a link to the book)

The idea behind the book will be made clear in the excerpt but in a nutshell: we’ve all been brainwashed, here’s how, here’s how to overcome it and, in doing so, get what we want  – whether it’s happiness, success, or just some peace and quiet. In America we’ve lost sight of the frontier because we fooled ourselves (as a society) into thinking we conquered it all. But we lost track of the frontier inside of ourselves.

Excerpt from the book (I made slight changes to fit the blog):

The Ten Commandments of [Insert your name here]-ISM:

A)    Acknowledge that every day of your life the Zombie Recruitment Machine is trying to brainwash you.  Just like when we were kids we believed in Santa Claus and how George Washington chopped down the cherry tree, now as adults we’ve been trained to believe in much more dangerous and insidious ideas. Being aware that you need to question everything is commandment number one, including, by the way, questioning what I’m saying to you right now.

And then on top of the brainwashing we suffered in schools, from our parents, from our friends, from society, there’s the 10,000 ad impressions each day that hit the periphery of our eyes and further tries to tell us what little intricacies of life will deliver goodness and happiness to us. We can’t even begin to be happy until we at least acknowledge that SOME brainwashing has occurred.

B)    Who brainwashed you? Parents, friends, teachers, government, media, entertainment, advertising, the education system, the banking system, and organized religion. In that order although they are all interrelated.

It’s not their fault. And there’s no reason to be angry at them. They were brainwashed also. Everyone is just trying to survive the best way they know how. And there’s been generations of mental programming combined with now trillions of dollars of advertising dollars that keep everyone in line. It’s a massive recruiting machine that tries to keep us from our true happiness by redefining happiness in various ways that are inaccurate and even harmful. 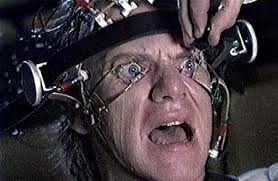 C)    What can you do about it? Take one belief at a time, turn it upside down. Learn how to break down your beliefs. Be your own rebel. Take, for instance, the belief that “going to college leads to a better life”. Try to understand why you believe that. Who told you that was true? What happens if someone told you the opposite “that NOT going to college would lead to a better life?” Does that thought disturb you? Why does it disturb you?

Some of these beliefs are so sacred inside of us that it really feels like punishable blasphemy to believe the opposite. I know this because I’ve had death threats and angry emails over almost every belief I’ve ever challenged on my blog (examples will follow later).

The goal is not necessarily to believe the opposite of all the things we’ve been programmed to believe, but to separate out who we are from our beliefs, so that we can truly examine them, scrutinize their roots, and be able to look at them from all 360 degrees instead of just the acute sharp angles that have been shoved at us almost since birth.

Let’s shed our labels. People want to be “environmentalists” or “democrats” or “republicans” or “a homeowner” or a “graduate”. Let’s shed all labels for a little bit while we inspect them. Maybe they are all good labels to have. But there’s nothing wrong with re-examining them under a new lens.

It’s understandable that we want to be part of the pack, the herd. The flock feels protective. But we’ve learned now that it is most likely a bag full of false protections.

Think about it, when you say you want to have more money, why is that? You may answer that you want it so that you would be able to travel some more, or have more time for your children. And why is that? You may say because then you would see the world and write that novel you always wanted to write, or teach your kid to throw ball.  And why is that? And you may say, because then I will be happy.  So why not go for “happy” in the first place?   Why the long route when there is a shortcut? Certainly money buys some degree of freedom. So getting more money is a reasonable goal. And we’ll get it. But let’s cut out as many intermediaries to happiness as possible.

E)     The obstacles of Happiness are sickness, inertia, doubts, laziness, carelessness, vacillating, lack of progress, delusions, and falling backwards. Each of those allows us to fall back into our brainwashing and stop ourselves from challenging the world around us so we can break down our thoughts and see things as they truly are.

F)     The path to happiness involves being as healthy as we can: physically, emotionally, mentally, and spiritually.

G)    Physically: We can exercise, we can try to eat healthy, we can sleep eight hours, we can avoid alcohol and other foods or liquids that are either hard to digest or will later inhibit the brain cells we desperately need to enjoy quality of life in our elder years. This is hard. I’m not advocating being a vegan, or a weight lifter, or a yogi. Just being aware. When I was younger I could eat five Big Macs a day. Now if I eat more than two meals a day it becomes much harder for me to digest and clean my system. I’m 43. It’s important for me to make sure when I’m 83 I’m still healthy and able to explore the things that make me really happy. The root of almost all physical ailments as we age is what we put into our intestines (and lungs). Throughout this section and the following I provide modifications to the Daily Practice I introduce in my prior book.

H)    Emotionally. I’m a pretty angry guy. I feel a lot of people have wronged me and, it’s not just a feeling – a lot of people have wronged me. I also have a lot of regrets. A lot of things have happened to me that are my fault that still make me sad. But dwelling on this does neither me nor them any good. You can’t be healthy if you obsess on the crappy people or events in your life. You can’t achieve The Force if you are constantly anxious and upset. 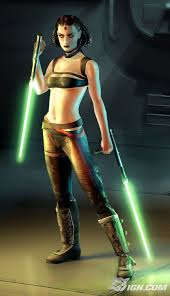 I)       Mentally. Your mind needs to be as sharp and creative as possible. You need this for two reasons. One is so you are creative enough to achieve the success and money that will allow you to pursue and purchase your freedom away from slavery. Two so that you can train the analytical parts of your mind to break down all the myths that we hold true every day. I have several chapters on this.

J)       Spiritually. This word has a bad connotation. It sort of smells “new age-y”. Or like organized religion, which many people despise and have rebelled against. But what I really mean is “Surrender”. If you wanted the Earth to move out of it’s orbit from the Sun, you would give up. You can’t do it. You would try (somehow, I don’t even know how you would try) and then finally you’d say, “I give up. I can’t do it.” In general, life is like that. We have dreams, most of them don’t work out, and we can either continue to force those dreams into place, or we can give up. Giving up doesn’t have to be a sad thing. It’s a transition. It’s a little death (a term often used to describe an orgasm).

Sometimes you’re just on the floor, failure has slashed you again, and all you can do is look up at the sky and say, “You win. I give up. Tell me what you want me to do and I’ll do it.” And you hand yourself over.

To who? Not to God. Not to an old man with a beard living up in the sky. But deep inside you there is a creative force that desperately wants you to succeed, wants you to make a lot of money, wants you to fall in love and be happy, wants you to do these things not so you can live in exotic mansions and travel the world fifty times over, but so that you are free from the constraints of a normal job and can pursue the real exploration of what and where is the happiness around you.

Follow these ten ideas with discipline (described more throughout the book) and you will make more money than you know what to do with. This world is filled with money. The global economy is over $50 trillion dollars. You only need a tiny speck of that to have the freedom to quit your nine to five job where you are totally exploited, so that you can then take a breather, live a long healthy life, and pursue the things that really make you happy. 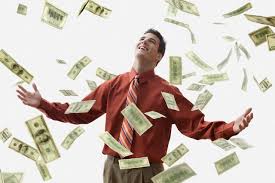 If you are just a little more creative, emotionally healthy, and physically healthy, than your competition and you avoid the nine obstacles, then that freedom is eventually yours. It stems from the fabric of your core beliefs. Smart and strong subtle beliefs lead to the clarity and efficiency that can make riches manifest.

Follow these ten ideas and you will start to have the relationships that bring you up instead of down. You will have the creativity to bounce from idea to idea to explore what’s real in your brainwashing and what isn’t. Ultimately, you’ll change from being robot to a human, from a zombie to truly alive.

The rest of the book translates my own personal experiences into how I used these principles. You don’t have to believe me. You can try them for yourselves. In fact, I insist you don’t believe me. I hate all the self-help guys who have never experienced life who are just full of -it. Don’t believe anyone with their miracle cures. You are your religion first. You are your own teacher more than anyone else. Try things. Did it work out better or worse for you? Then trust yourself.