The Top 10 Lists of All Time

The world of bloggers seem to be firmly divided into two groups: those who hate lists and those who like lists. This being a list of two puts me firmly in the latter camp.

Those who hate lists. I get a lot of criticism for some of my posts. I’ve used lists on only about 20% of my posts, no more than that. But because of this, some people comment, “oh, there goes James again – using lists.” As if there’s some sort of intellectual laziness in neatly organizing material with a common theme in the form of a list. Any book with a table of contents, of course, does this as well.

But there seems to be some intellectual snobbery, as if its an accusation when someone uses a list and others point it out. “Why couldn’t he use a bunch of paragraphs instead?” 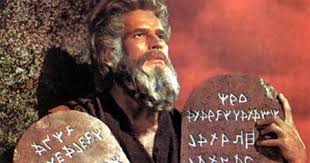 Those who like lists. I like my ideas to be easily read. There’s a lot of competition for what your eyes can look at. It’s easy to click away. Even on my browser right now I have about 12 tabs open. It takes seconds for me to move from one tab to the next. Lists allow your eyes to dance down the page. It allows the blogger to give the reader a roadmap on how to speed read through a post. I’m more than happy when people read every word in a post of mine (and I do think every word is important) but I understand that people are busy. Perhaps they will read the highlights, the important points, first, and then read more deeply later or more deeply  the topics that most interest them.

And bloggers aren’t the first to realize that lists are an important historic tradition for holding people’s attention and getting an important point across. Here are 10 other lists that have changed the course of history.

1)      The Ten Commandments. Moses knew what he was doing. He has to organize an obedient society around a bunch of renegades in the desert who had known nothing in their lives other than slavery. So he gave ten simple rules and called it “the Ten Commandments” and, as Moses said, they were written by God so you better pay attention. Very simple. Moses, with his one blog post may have been one of the best bloggers of all time. To a large extent, all law ever since has been roughly based on the Ten Commandments who brought down from is little hiking trip in the mountains.

2)      The 8-Fold Path. Perhaps the best entrepreneur in history. Buddha taught a very esoteric path of meditation, silence, and what he called “Nirvana”. But he knew that would not appeal to the  masses. Why did he need the masses? Because he was always traveling between warring kingdoms and he was afraid he would die if the masses didn’t recognize his guru status. So he came up with a simpler version of Buddhism . A way to follow the tenets of the Buddha even if you weren’t willing to sit down for 15 hours straight and stare at the center of your head and attempt to achieve Nirvana. He called this the “8-Fold path” and similar to the “ten commandments” it obtained a somewhat easy-to-follow moral code that, at the very least, would put you closer to the path of enlightment in future times.  And if 8 items were too much for people he also had “The Four Noble Truths”. [See also, “Was Buddha a Bad Father”]

3)      The Bill of Rights. America has just broken free from monarchy. The idea of “freedom” was important. But the founding fathers couldn’t just say, “ok, you’re free, go ahead and do whatever you want. Nor could they write a manifesto like Jefferson did with the Declaration of Independence because, let’s face it, the Declaration is boring and unreadable and most adults only remember the first few words. But we all pretty much know the Bill of Rights. Why? Because it is structured in a simple to read list. It’s the first 10 amendments to the Constitution and written at the same time as the Constitution. If it wasn’t a list, we wouldn’t remember it so easily. [See also, “Is July 4 a Scam”]

4)      The Yoga Sutras. Written by Patanjali in 300 BC it can be argued that all modern yoga stems from this. It was 195 lines. Again, structured as a list. It was sort of a marketing response to Buddhism’s 8-Fold path (there are “8 limbs” described in the Yoga Sutras as the path to yogic enlightenment). Buddha was stealing away so many devotees from Hinduism that I suspect Patanjali said enough is enough and threw together these 8 limbs in 195 lines. It basically repeats Buddha’s 8 fold path (more or less) and also throws in the fact that you need physical activity (which later became what we now call “yoga”). [See also, “How I’ve been Humiliated by Yoga”]

5)      The Ninety-Five Theses on the Power and Efficacy of Indulgences. Martin Luther couldn’t just write: “Here’s why I hate the Catholic Church”. He wrote “95 Theses”. A list. He knew it would be easier for people to digest that way. And digest they did. It split Catholicism right in half after 1500 years of unity in Europe. It took a list to do that. If all he did was write, “well, I think baptism is silly” he probably would’ve been killed and we never would’ve heard from him again. Instead. “95 Theses….”  and he tacked it onto the equivalent of blogger.com (the church wall) and Protestantism was off to the races.

6)      The 5 Pillars of Islam. You can either read the 500 pages of the Koran, or if you want to follow the principles of basic Islamic life, you can follow the 5 Pillars of Islam, which mention nothing about reading the Koran. Mohammed knew he needed to quickly convert (in some cases at knife point) millions of people into believing in his approach to Judeo-Christian theology. He wasn’t going to sit around and teach everybody a 500 page book and then go on to the next million people. Instead, he took over a region, spread out his 5 pillars, and then moved onto the next region. People got it. It was a simple list. And now Islam is the biggest religion on the planet.

7)      The Forbes 400. In the American Religion, money is king. I’m not saying this in a good or bad sense. We need money to support our families, to buy our freedom, to have the comfort to pursue our passions and creative/spiritual pursuits. Forbes, in 1982, was facing decling readership after record unemployment, sky high interest rates, and a decade of malaise. So what did they do? They made a list. The most popular list each year in America. The magazine that outsells all other financial magazines when it comes out. That magazine stays on the bookshelves for the entire year: The Forbes 400, the list of the 400 richest Americans that year. As I write this, the Forbes 400 is coming out this morning. How do I know this? Because I write for Forbes and we all got an email saying, “anything you guys can think about to write about the Forbes 400, then go for it.” It’s nonstop material and PR for Forbes readers and writers for the entire years. The first list had 13 billionaires on it. But now, 30 years later, it’s all billionaires. And I’ll read it today with fascination and envy.

8)      Aristotle. Every blogger’s hero should be Aristotle. The man lived by lists. Every topic he covered was dominated by lists. There are the “5 elements” (Fire, Earth, Air, Water, Aether – this last element an addition to Democritus’s “four elements” list. Bloggers always build on top of each other). There are the four causes in causality. The “three psyches” in humans. The “six parts of a tragedy” and so on.

9)      The Six Days of Creation. The original list of all. Whoever wrote the Bible (the mysterious “J” during King Solomon’s time as theorized by Harold Bloom) knew that she (he suspects female origin) needed to start off with a bang. Not the Big Bang (blasphemy) but a list. She couldn’t just say “and then God created plants, and then God created stars, etc” she had to give a solid organized list. Six days. And for those who are list crazy, there’s a seventh day – let’s all take a rest to celebrate. 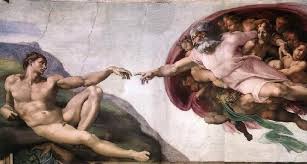 10)   My Favorite lists: No list is complete without self-promotion (Commandment  #1 in the 10 Commandments for instance).  Three of my favorite list posts are

And, of course (more blatant self-promotion), my latest book expands on several of my list posts and provides modifications the “Daily Practice” described in list #1. Additionally it contains a list which has not appeared in blog form: the 10 commandments of James-ism. 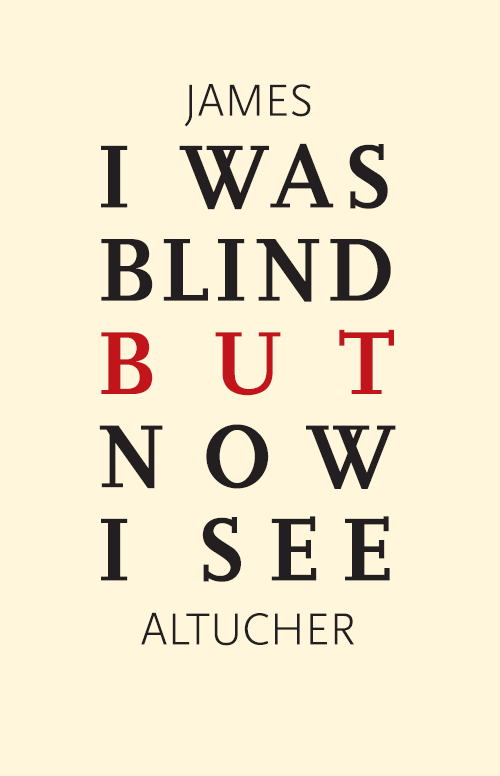 Ok, so now anyone who ever criticizes my use of lists can kindly be directed to this list and they can argue all they want. But, more importantly, if anyone has additional lists they think are up there in stature, please add them to the comments.