The Worst Boss Ever

“I think she’s a money hungry slut,” was the answer to my question.

Let me back up twelve hours before that was said.

I had to return my dad’s leased car to the car company because he had just had a stroke. I went to visit him. He was staring at the ceiling. The hospital had lost his glasses and he was blind without them. He was blinking but couldn’t move or communicate. I sat with him for awhile. He tried to move his mouth sometimes but I don’t know if he was trying to communicate anything.

“He’s brain dead,” said the nurse. “There’s nothing there.” But what did she know? A doctor will amputate your leg if you accidentally get wheeled into the wrong room. No offense but “brain dead” is a term that nobody understands. 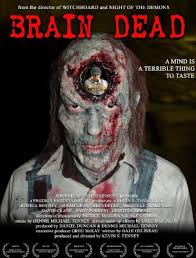 Then I went to the car place. They didn’t understand. But it didn’t matter to me. I said, “You can take this car and re-sell it or re-lease it or do whatever you want or I can drive this car off a cliff and never pay you another dime.” Somehow we worked it out and all the paperwork was torn up.

Then V., the hedge fund manager I worked for, invited me for dinner at the Four Seasons. He knew I was having a hard time because of my dad. In many ways I felt like he was trying to play that role because he knew how hurt I was.

So I took the bus into the Four Seasons. A bus through the heartache of New Jersey is the loneliest form of transit. New Jersey is called “the Garden State” but to go from Central NJ to NYC all you do is pass oil refineries and airports. My daughter Mollie told me the other day that the Amazon jungle (a word always now has to be placed after the word “Amazon” or else one would think I was selling books. As in “Wonder Woman was originally an Amazon woman”) was the “lungs of the Earth”. 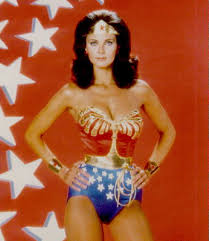 Well, the New Jersey corridor leading up to NYC is the “lungs of NJ”. And New Jersey is sick. New Jersey might even have lung cancer. But I’m no doctor.

“So G, what do you think of your dad going more public about his relationship with…” and I pointed to the girlfriend, who was listening.

G, who I had always gotten along with and even might have had a small crush on, said, “I think she’s a money hungry slut.”  Then G got up and walked out of the restaurant. Her father, V, was at the other end of the table and had no clue what had just occurred. G. went on to produce several well-known movies.

The next day I called Dan, my business partner and said, “I think something bad happened last night.” 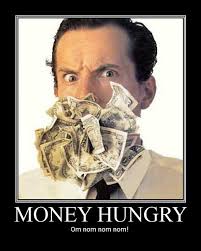 S, V’s wife, wrote me and said, “how dare you ask G that!” And I wrote back, “I’m not getting in the middle here. I have enough worries.” And she wrote back and apologized.

V invited me out to dinner a few nights later. I don’t know what he had heard about anything. Suddenly in the middle of dinner he looked at me, “in all my life I had never heard of something so bad as what I heard about what you did the other night.”

I had to excuse myself. We were at some other fancy restaurant in NYC. At this point I had already stopped trading for V but he didn’t know that yet. I had simply stopped and didn’t tell him. I wanted nothing to do with his situation. I went to the bathroom and actually cried. My dad, V, V’s girlfriend (who was at this dinner also that night and knew I hadn’t meant anything bad at all), and one of V’s other employees.  I cried for about five minutes because that’s the kind of baby I am.

Meanwhile, I knew I needed to reduce dependence on V. Never be dependent on one company or one individual to make your goals succeed. That’s the fastest way to guarantee your goals will fail. I raised money from five other hedge funds. I wrote a book which was about to come out.  [See: “How to Deal With Crappy Bosses“]

When my first book came out, it was outselling the book that V had done with his girlfriend. He wrote to me, “your book is an embarrassment. You are a laughing stock.” Then he wrote to me that I had stolen all of his ideas, which didn’t make sense since I had been trading all of those ideas since before I had even met V and besides, he traded futures and I traded stocks.

Then his girlfriend was having some sort of party. So I figured I’d brave it and go. I still wanted to be associated with V. In the middle of the party V challenged me to a game of checkers. V had been taking checkers lessons from a world champion checkers player for years. It was like in the movie, “Beat Street” when the Rock Steady Crew challenged the NYC Breakers. The floor cleared. The checkers board was brought out.  Everyone was watching because people knew that V was starting to hate me and also knew he was a checkers genius and I was not. I was more into chess.

In any case, the best thing in the world happened – V made a mistake and I won the game. I knew I had been lucky. V was a better player than me. But still, I had spent several years studying the game and wasn’t bad.

A day later, V wrote to me, “I want nothing more to do with you financially”.

I wrote back, “the only thing you have to do with me financially is that you owe me money based on the profit-sharing fee of the money I made you.”

So V sent me a check.

That day V trashed me worse than ever on his message board.

I was very upset. I wrote back to V and said, “you’re a bad person for doing that.”

He may have then repeated to his message board what I had just written him since it included some other ranting (I don’t know this for sure because he had removed me from his mailing list).

My employee, Omid (who later did this video) , wrote V and said, you can’t do this, we have a check showing we actually made you money.

And so V apologized on his mailing list and admitted I had made him money (I think he did this).

After that I never spoke to V again.

But with all the controversy on the book, it actually spiked in sales. People may have actually believed I did steal V’s ideas so they were more than happy to shell out the $60 price that the book cost.

V’s fund blew up two or three years later. Maybe “blew up” is the wrong phrase but after the market volatility of 2006 and 2007 I never heard of his fund again and all his former employees ended up working elsewhere. So something happened and it probably wasn’t good. He also supposedly moved back in with his wife.

I remember visiting his house at a party in late 2002. Someone had painted him and his family. It was a beautiful painting hanging on the wall. I was feeling jealous like, “why can’t I have a picture-perfect life like V does?” Where everyone seemed happy, and his family had supported him and now he was successful and living in this 20,000 square foot house with paintings and successful people everywhere. All I was at that time was scared scared SCARED and I was sick and tired of it. Leaving his party around midnight, I got stopped by the Connecticut police, a very friendly group of people. And consequently I don’t have a driver’s license anymore.

I don’t know what lessons I learned from this. As long as you want things – for your entire life-  you’re caught somewhere on the spectrum of HOPE and DREAD. Sometimes you have good reasons to Hope for the things you want. Sometimes you Dread you won’t get them. Much happiness in life comes from how you navigate between those twin poles of Hope and Dread. There are two levels of happiness: when reality matches your Hope (and it’s more likely to do that if you stay away from Dread), and #2: if you don’t want anything at all. #2 seems the better form of happiness since it can last for a longer time.

V, at the time, seemed filled with Hope and I wanted to be associated with him so I could parasitically have that same Hope even though all such Hope is false. Now I try to create Hope for myself instead of relying on others.

The world at the moment is filled with Dread. The winners will be the ones who realize that the reality right now is closer to the hope end of the spectrum.

Oh, one other thing I learned: not to drink at a dinner party right after returning your dying father’s car to the dealership and cleaning his desk of all his old papers. I don’t know if that rule will come in handy today, for instance, but it’s a rule I plan on following for the rest of my life.