The Year I Did Nothing But Play Poker

After I threw all her clothes down the garbage incinerator I went off to play poker at the Mayfair Club across the street. It was an accident. They were supposed to go to the laundry guy downstairs. But they were in a garbage bag. So you make the decision.

Then I went to play poker, which is what I did every day from the day after I sold my first company until exactly one year later. 365 days in a row without a stop, including the day my first kid was born.

I went down to the Mayfair club for the first time in September, 1998, and they didn’t want to let me in. “Who sent you?” they said through three layers of antiquated doors and alarm systems. I didn’t have anyone who sent me. I had nobody. For three years all I had done was work. I didn’t have any friends at all.  I sold my first company in August, 1998. I had no friends who could possibly send me anywhere. 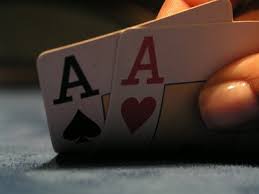 There was no internet poker then. No poker TV. Just a bunch of old guys, some young ones, and some waitresses. I’d leave work at 5pm. Drop off quickly at my apartment which was two blocks away from my work on 20th St. (I like to set up my life so I have every convenience possible) and then I would say, “I have to go!”. I ate out on 25th Street at that  Indian place, and then I hopped on over across the street to the Mayfair which opened at 8pm. Around 2am we’d all order food from Sarge’s, which was open all night. And finally around 4am everyone would stumble out.

If I felt like it, I could then go over to the Diamond Club then which had a similar alarm system and sat over on 21st Street. It seemed like they were open 24 hours a day to pick up whatever straggler still wanted to play a game. At least, I never saw a time when they weren’t open. Despite the alarm system the Diamond Club had been robbed repeatedly, with people left on the floor in the underwear. I didn’t want that to happen to me.

During the day I read every book I could find on poker. There wasn’t much then. I also ordered videos. VHS tapes of every world series. “At least he isn’t out with hookers,” she would tell her mother.

The money was nothing. I didn’t need it or want it. I started off playing $10-20 holdem. And gradually rose to $75-150 at the Mayfair. It didn’t mean anything to me. I had just sold the company and money was burning thru me at a rate incalculable to anything my parents, girlfriends, or wives had ever taught me. Before it was all over, years later, I would be dead broke and calling my parents on the phone for a loan they wouldn’t give me.

Over the summer we got a house in Brigantine. I would go down there on Friday, have dinner and then go to the Taj for 36 straight hours before flying home. On the helicopter ride over the pilot would circle the house we were staying at right on the beach and my 5 month old daughter would try to wave from the ground up to me although she would have no idea then or now what she was waving at.

At the Taj I would play $300-$600 one-on-one against a Vietnamese guy whose wife was constantly sitting next to him begging him to stop. She was nine months pregnant but I never saw anyone more beautiful. My biggest winning day and my biggest losing days were against him. We would go all night insulting each other and winning and losing pots up to $10,000. Every minute another pot. Someone told me recently he’s in jail now.

Other times I would fly to Las Vegas with all of my new friends. The Super Bowl would be on ten screens all around, we’d be playing poker, and all drinks were free. Sometimes the authors of the poker books I was reading would be at the same table. Maybe for the first time I felt like what men feel like. Cards, sports, women, drinking. This was it, right? I was a man? It was my birthday that Super Bowl day.

When she found out I threw all her Easter clothes down the garbage chute she was upset at me. “I have no clothes for Easter now!” The baby was sitting in the middle of the floor crying. “I have to go,” I said. Like I said on every such occasion. And I went down to the Mayfair while she was crying. At the Mayfair there was a rule, if a woman called asking for you, Ingrid at the front would say, “I’m not allowed to say if he’s here or not.”

Every night people would joke around the table. Nobody knew anything about anyone and we would all gossip when people weren’t around. What’d he do to make that money? Or, this one was a criminal for years, went to jail, and now he’s clean. People would look forward to seeing me. After awhile, I had the banter down. I felt like when they weren’t taking my money they were my friends. Whenever I saw anyone of them outside of the poker room they all looked strange to me. They didn’t look like real humans when under the scrutiny of broad daylight.

I stopped playing poker cold when I had another idea for a business. That business didn’t quite work out. Everything happening to me then wasn’t working out. I lost my business, I had no friends, lost my house, lost my money, lost my family, lost all of my pride. Right when I thought I was a winner, I was a massive loser. You can’t win when your bodies are not aligned. All you can do is lose.

But it wasn’t about the Easter clothes. Or the poker. Or the lack of friends and the bad businesses.  It was about my baby and eventually learning to be a father.