Things I Refuse to Worry about in 2011

I began worrying in 1995. I had two jobs: my fulltime job at HBO during the day and by night I was starting a company which built websites for other companies. In the summer of 1995 I would work all day at HBO and then at night was building americanexpress.com and Toshiba.com. I had deadlines everywhere and on the other side of those deadlines were very serious people who had stern bosses and their own deadlines. And it was my first experience dealing with clients, technologies across multiple platforms, people with real world deadlines. It was ugly and scary.

I felt the worry in my body. Whereas just a few weeks earlier, if it was 7pm at night there was a guarantee that I would’ve been at Steinway Billiards in Astoria playing backgammon, hanging out with friends, playing chess, drinking coffee, laughing, that all stopped once I started doing these mega-websites. My stomach began to clench. I feel it right now as I’m writing this. It’s a fear that finds itself right at home in my gut and it refuses to leave. I invited it in in 1995, and it dusted everything else, built a bookshelf, kicked up its legs, starting sipping a cognac, and has never left since. Its an unwelcome guest but it won’t leave. Do you know what I mean?

Ugh. Writing this makes me sick. On Christmas day, no less. Then, of course, there’s the macro worries. Worries about the economy, about unemployment. Worries about terrorist war, or global warming (which is a luxury worry – you only worry about thatn when you are gainfully employed and can put food on the table). Worries about the stocks that I own.

One time I was buying an apartment in 1999. It was right next to the World Trade Center. Two blocks away off of Church Street. I asked the real estate agent,  Nancy, “what if terrorists blow up the World Trade Center?” My main concern of course, if that were to happen, was that the value of my property would go down. Nancy laughed and said, “you can’t live your life that way.”  But sometimes you should live your life that way.

Here’s some of the things I am not going to worry about in 2011.

–          Obama. Everyone was worried. Conservatives were worried he was a Muslim and was going to raise taxes. Liberals were worried he was going to move to the center and ruin their agenda. Whatever. Its all done now. He’s got no agenda either way in 2011. He kept the Bush tax cuts. He kept unemployment benefits. Healthcare may or may not go through legally. There’s literally zero agenda for the man in 2011. So I’m not going ot think about it until 2012. Ditto for the tea party. Who cares about them anymore? There’s no agenda. We spent the money they didn’t want us to spend. Its all over. 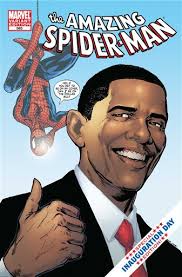 –          Global warming. You have to go to China, India, and all the developing countries to express this worry  because that’s where 99% of the pollution is.  But they won’t listen to you. Their people are starving so they need to develop industry to feed them. That causes the CO2 in the air that everyone is worried about. But I’m not worried about it. Lets feed people first.

–         Bookstores and broadcast TV. They are both walking dead. I can’t be sad anytime I’m in a bookstore anymore and there’s less books in their inventory. Its over. Same with broadcast TV. No more soap operas and late night shows. The Internet has slain the beast.

–          Unemployment. This is only going to get better in 2011. How do I know? Because “number of temp workers” and “weekly hours worked” and “average hourly pay” are all at their alltime peaks. Think about it. The only thing to do now is hire people fulltime. Unemployment will go down in 2011. If people even want to work. Unemployment benefits keep getting extended so there is a part of the population that won’t want to work (they are getting unemployment plus any underground economy benefits they accrue). Guess the unemployment rate among college educated people? 4%. Not so bad. And more people are starting businesses than ever. Thats only a good thing.

–          Europe. Whatever happened to Greece? It was in the news every day in March. Now…nothing. Where is it even? Guess how much Greece + Ireland + Portugal equal up to as a percentage of GDP in the European Union. 7%. That’s smaller than New York’s effect on the US GDP. I’m not worried anymore.

–          Inflation. The tea party keeps saying “We can’t keep printing up money. The US is turning into Zimbabwe.” I have news for you. We aren’t Zimbabwe. And where’s all the money? I’m not seeing it. I want to see it. Let there be a little inflation. It would be nice if housing prices went back up. If stocks and company values went up. If wages and employment went up (all byproducts of inflation). We haven’t seen that yet. I’m not going to worry about inflation until I see the benefits of reflation.

–          The stock market. Stocks haven’t even begun to move up yet. We’re only back to where we were at the peak of the Financial Crisis. There’s a whole lot of innovation that hasn’t yet crept into the markets. Once it does its off to the races.

I’m guest-blogging a little bit on CNBC.com this next week. I’ll elaborate more on these and other worries there.

Suffice to say, I’m not worried about the macro stuff anymore. Which leaves me plenty of time to share my personal worries and angst right here on this blog.