It's Easy To Throw Away Rock Star Opportunity 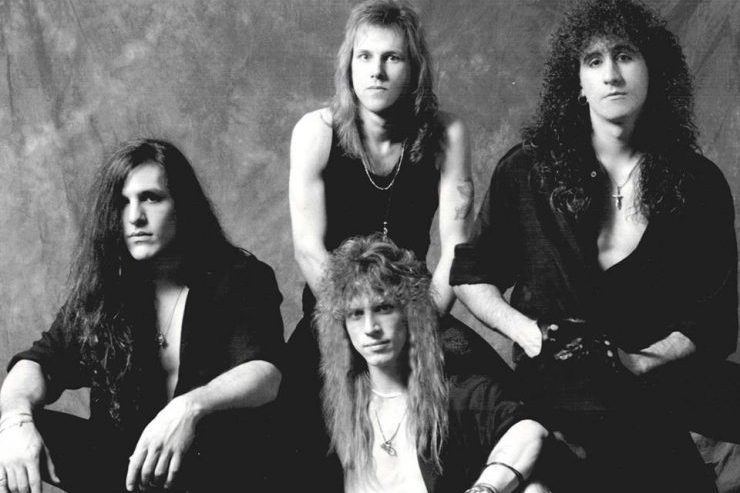 My best friend is missing. Or, at least, I haven’t been able to find him for the past 15 years.

I found his brother instead, Matt Fallon (real name: Matt Frankel). Matt was merciless with us when we were young and he was three years older.

We were scared of him all the time and he would smell our fear and punish us accordingly.

He barely has a social media presence now and isn’t connected at all with my friend. His brother.

Robert called me once when we were 14, “Jon Bon Jovi is over here practicing with Matt.” Everyone was hanging out near their house looking for a peak. The heights of New Jersey Metal.

Both bands pretty quickly threw Matt out right before their huge march to success. The last time I spoke with Robert he said, “Matt’s testing shampoos for J&J.”

Nothing wrong with that. Ironic that a hair metal icon was testing shampoos but things turn out for the best.

I wondered if he was upset how close he was to rock stardom and fell from the kingdom.

Matt wrote some of Anthrax’s biggest hits but didn’t get credit. The songs just say, “Written by Anthrax.”

I found an interview with Sleazeroxx. “Did you have any regrets about leaving Anthrax?”

Matt said, “..I was bitter about the way everything went down, so I didn’t really follow them after I left.”

In Skid Row, he was replaced by the now well known Sebastian Bach, who is also famous for singing many of the songs Matt wrote.

Sleazeroxx asked: A little more than a year after you left Skid Row, the group released its self-titled album, which was an instant success. Do you have any regrets in that regard and/or think “that could have been me.”

Matt said: I’d have to say I was a bit jealous when I heard the album for the first time. I guess I can’t really blame the guy for stepping in when he did.

I don’t know what the moral is. Matt got a degree along the way. He’s risen up at the same job but still there 25 years later.

It’s easy to trash the gifts of youth simply because you think the future is infinite.

It’s pretentious for me to give this advice to my kids right now. I need to remember this advice for myself. I am often a mess.

The gardening of opportunity is:

Your value is the sum of your humility, your integrity, and your ability to keep learning.

One of the comments on the Sleazeroxx interview was:

“His real name is Matt Frankel. The truth is that he was such an insufferable a**hole with absolutely no dedication or work ethic that no one could stand working with him.”

Related reading: The One Piece Of Career Advice You Need To Know