I was disappointed for about five minutes. Not because two million isn’t a lot. But what am I going to do – ruin my day because of it? Cry like a little baby?

Because 99% of deals don’t happen.

A few weeks ago, on another deal, I thought a company I had invested in was going to IPO. Well, they didn’t. I would’ve made a decent amount of money. Maybe they will IPO at some later date. They cure cancer. Why shouldn’t they IPO?

99% of dreams stay in the sleep world.

99% of the things you hope for and plan your life around force you to change plans. You have to accept changing plans.

On this two million dollar deal, not only is it over, but most of the people involved aren’t even calling me back. They are embarrassed or something. That’s also the nature of most deals. They don’t call back. People who have been friends for 13 years.

Landscapes of your life, shift.

Don’t call me back.

In the past year I probably had 30 or 40 different deals not go through. And this isn’t just random things like, “Oh, buy this lottery ticket, it might be worth $500 million”. These are all deals that I was in some way actively involved in.

I’ll tell you the biggest deal I thought about doing. A friend of mine had a clever idea about how he could buy AOL. He found something about AOL that nobody else noticed. I tried to help him out. It didn’t work. That’s a big thing – to buy AOL. We couldn’t make that deal work no matter what.

I don’t count that in the list of 40 deals that didn’t go through. It was too far fetched. Don’t go crazy with your deals!

When I was 19 I wrote a chess program using an idea called “conspiracy theory”. The idea was: if too many things had to conspire to make a move good, then the move is no good.

For instance, if I lose my queen for a pawn, then pretty much all of my opponent’s possible responses had to result in checkmate for me. In other words, all of my opponent’s moves had to conspire together to make it work out for me. It had a big conspiracy number. So the move was probably not good. Don’t lose the most powerful piece on the board! 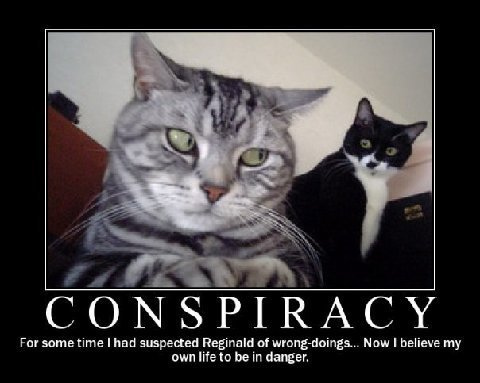 I use conspiracy theory now for almost everything in life. If someone calls me and says, “I have this great idea to buy AOL.” Then my gut will tell me that the conspiracy number is too high and I won’t do the deal. Raising the money, getting through the mechanics of buying a public company, convincing people not to screw us out of the middle, putting together the business plan, finding people who wouldn’t think we were crazy – all of these had to conspire together.

Not to mention the time it would take. My time is worth BILLIONS.

The other day a friend of mine needed help with a business he had. No problem. I thought of someone I could introduce him to. I made the call and said, “do you want to be introduced to this guy who has this problem.” The guy said, “Yes”. Conspiracy number of one. I made the intro. If something good happens, then it will be good for me.

Even with a low conspiracy number, 99% of everything won’t work out. The girl who smiles at you. The book editor who loves your book. The boss who wants to promote you. The good meal you want to cook. The college you want to go to. The career you want to have. The award you want to win. The recognition you know you deserve.

Ugh, don’t be such a downer, James. Why don’t you have a Positive Mental Attitude? PMA!

Don’t worry about me.

PMA also means, Prepare, Make it Happen, Accept the outcome. If you can do that over and over, you find love. You’ll be happy. It’s all just a game. If you bet on any one move, then you lose the game.

You know the one trick?

The trick is to breathe. Are you breathing?

Then everything that you NEED to be working out is already working out.  And then you make the next move in the game.

Now come over here and kiss me.