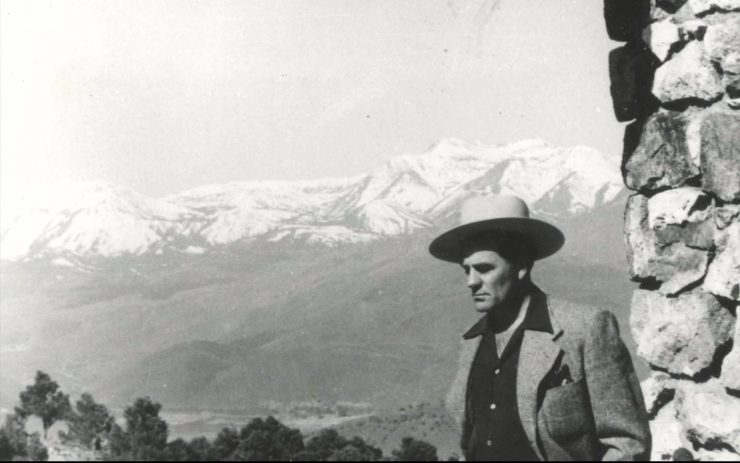 He was definitely too old. Everyone told him he was too old. Publishers hated him. He tried year after year.

He was getting tired. It was harder to get up in the morning. He hated his job. Maybe he hated his life. He was stuck.

Louis L’Amour didn’t publish his first novel until he was 43 years old. Almost 20 years after he started writing on a daily basis.

Shortly before his death he said, “Only now am I getting to be a good writer. Only now.”

He was 80 years old when he said that.

Everyone confronts their frontier. My fears are my frontier. Fears are the first thing I face when I wake up in the morning. The first question asked of me is how I will deal with them. Today. Now.

In Bob Dylan’s “Chronicles”, Dylan says: “I was lingering out on the pavement. There was a missing person inside of myself and I needed to find him.”

[ RELATED: How Dylan Stole The Nobel Prize And You Can Too ]

He found that missing person. Nobody was going to help him.

Every creative deals with the worst demon. Steven Pressfield calls it the Resistance.

It never ends. It’s part of what you do.

L’Amour: “There will come a time when you believe everything is finished. Yet that will be the beginning.”

Sometimes I felt so finished I just wanted to give up. Nothing was filling the emptiness.

Change is not exciting. It’s not “Beginning, Middle, End”.

This is when I have to just surrender. To give up. To lose hope in order to surrender. To throw everything out and be left with nothing.

Louis L’Amour: “Anger is a killing thing: it kills the man who angers, for each rage leaves him less than he had been before – it takes something from him.”

Whenever I’m angry I try to stop myself mid-anger and ask, “What am I afraid of?” I always believe that anger is fear clothed.

“No one can get an education, for of necessity education is a continuing process.”

This is where I believe in the simple mantra: ‘plus, minus, equal’

Every day find your PLUS: someone to learn from.

Find your EQUAL: someone to challenge you.

Find your MINUS: someone to teach. For teaching solidifies the learning.

This is education. Not the standardized education we were given to train kids to be factory workers and soldiers.

L’Amour: “For one who reads, there is no limit to the number of lives that may be lived.”

A good writer pours a lifetime into a book. A good reader can steal that lifetime in just a week.

Here are the excuses L’Amour had to conquer to break out of his comfort zone and achieve success:

I’m scared every day. How will I answer the question today?

Related Reading: How to Self-Publish a Bestseller: Publishing 3.0