What Are Some Ugly Truths? 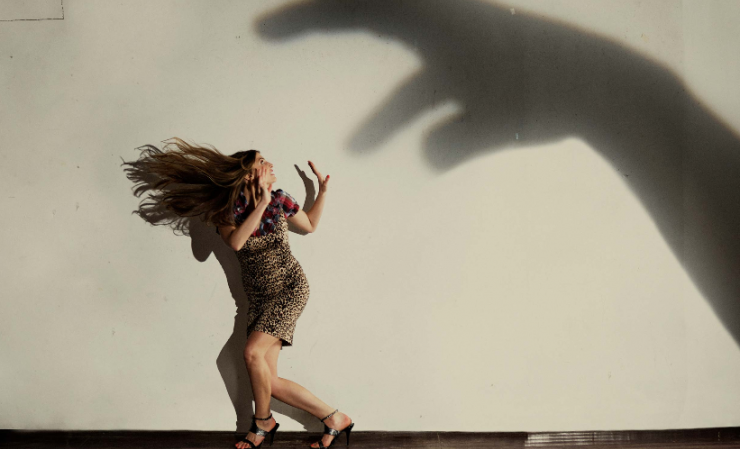 I got divorced because when you’re young you don’t realize that love changes.

People want to think: someone is at fault. I usually think that about people, “It’s his fault for sure.”

People grow older and maybe they change their interests and passions.

Love changes when one person loses a lot of money and causes stress that two young people never knew how to deal with alone, and certainly not with another.

Love changes when a child is born.

The most important career advice I can ever give someone: when you or your spouse becomes pregnant, start seeing a marriage counselor to understand the changes that will occur in your relationship.

“But seriously, do you have career advice?”

That’s the ugly truth: that’s the best career advice I can ever give.

You eat like crap until you’re 45. Give or take a decade. This is an ugly truth.

When I was in my 20s I ate pancakes for breakfast. McRibs for lunch. And, fuck it, McRibs for dinner. With extra fries. Why not?

When I was in my 30s I usually had pancakes with bacon. We’d meet for Scrabble at 6am and play for two hours until I was sure the kids were gone.

I’d order another bacon if I ran out.

For lunch, I’d have pizza. For dinner I’d have pasta.

And when I turned 40 I started to gain weight. Somebody pointed at me, “look at your gut” and it was embarrassing.

So I stopped eating.

It turns out that scientific studies show zero foods are good for you.

Brussel sprouts? Too many carbs. Kale? Only tastes good with something called Agave (too sweet) all over it.

Chicken? You’ll grow breasts if you’re a guy and get irregular periods if you’re a woman. Steak? Somehow the stress they felt when their head was cut off released hormones that you are eating.

You can’t eat anything. I eat basically nothing now and then I’m too tired to move by mid-day so I try to eat Avocado but my 14 year old nutritionist, Mollie Altucher, tells me “Why eat fat? It’s called fat for a reason!”

So I eat fruits (“sugars”) and then I eat a little fish (but not the kinds with too much mercury or the kinds that are really insects pretending to be fish).

I eat chicken fetus. Or whatever they pretend “egg” is.

I’m also a believer in intermittent fasting, which is the “real” paleo diet.

Our ancestors didn’t sit down at tables with forks and knives and eat three scheduled meals a day. They ate when they found food.

Our DNA is EXACTLY the same as our ancestors. The only thing is: we have a non-stop supply of sugar now and they didn’t. So we can’t stop eating sugar all day long.

So that’s why the average person in the US is now obese.

Money is for freedom. Not for goods.

When I first made money I bought the biggest apartment in NYC. I needed a ladder to get to my comic books.

I invested in a lot of bad startups. I took helicopters to Atlantic City and would gamble for 48 hours straight while drunk.

I had never had money before in my life.

I paid for my own college. I struggled through jobs. And I worked 22 hours a day at my company before I sold it.

So when I sold my first business it magnified everything inside of me. I was still a shy, insecure, little boy trying to prove he was smart and worthy of other people’s attention.

I was very stupid and very bad things happened. When I look at the photo I start to get nervous and I feel my hands shake a little.

I finally sold it when I had nothing left.

Money is not about material goods. It only magnifies who you already are inside as a person.

I want to be creative. I value freedom. And friendship. Let money magnify that.

Remembering how I learned that is painful for me right now. Rest in peace, dad.

The world never really changes. Only you and I change.

Since I was four:

I see people around me every four years thinking that their lives will finally change once their favorite superhero gets elected. And then two years later they admit how disappointed they are.

This never changes. This is not about a candidate. I have two daughters. I know the candidate that will inspire them the most.

No problem. It’s all a shit show for our virtual reality overlords.

I often outsource my self-esteem to other people. A romantic partner, a boss, social media, etc.

I know I wrote a book called “Choose Yourself.” It’s a book about not outsourcing your self-esteem to anyone.

I wrote it because it’s really hard for me to not want some validation from people. But I try every day. Basically, I wrote the book I wanted to read.

Then I went further…

I created something I wanted to use.
And now, over 30,000 people are using it every month.
Maybe it could work for you too. If you’re curious I’ll tell you about it here.

RELATED: I Made A Mistake (And Bought Too Many Books)

At Starbucks this morning I was waiting for my coffee and I saw something that made me really happy.

A woman next to me was tapping and waiting and tapping and texting on her phone on social media.

Some people say social media is horrible. That we should just enjoy looking around. “Be comfortable with yourself!”

I don’t believe this.

Society is so busy, so fasterfasterfaster. The headlines are so violent and sad.

Sometimes social media is a good little break. Sometimes I like a break. I don’t need to be disconnected.

Cats! Beautiful people! My friend from 35 years ago had a baby! I used to ride my bike by her house so I could spy on her. I still love her but I guess she has a baby now.

I looked at the woman texting back and forth with someone. Non-stop texting. I wanted to know who she was texting with.

Then the woman started to smile. The edge of her mouth curled upwards. It kept getting wider. It was that smile. You know the one.

The moment right before someone kisses you.

Not every truth is ugly.

Related reading: The One Thing I Wish I Knew In My 20’s