Urine, the IRS, and She's Just a Small Town Girl

In the summer after sixth grade I repeatedly wet the bed. They say the human body is 80% water. About 60% of that would come out of my penis every night while I was dreaming. They didn’t have pull-ups back then. Essentially diapers for sixth graders. So I just had rubber sheets that were completely soaked through.

A few months earlier, on my birthday, I went to Washington DC and set up all sorts of appointments with Senators and Congressmen. I was in awe of them. They ruled the world. My dad and I stayed at a hotel a few block from the White House. I soaked the bed that night so badly the hotel probably replaced the bed after we checked out.

My hands were covered in my urine but we woke up late so I couldn’t clean myself off before we had to go meet my congressman from my district. Then I went to meet and shake hands with Senators John Culver, Senator Nancy Kassebaum, Senator Dale Bumpers and a bunch of other Senators including Senator Paul Tsongas who is famous for saying, “I never met a man who, on his death bed, said he wished had spent more time at work.” So he quit the Senate when he said that because he had cancer. Then in 1992 he ran for President. Then he died while hard at work.

But before then, he had the great opportunity of shaking my urine-stained hand and telling me, “if Ted Kennedy becomes President then I will finally be the Senior Senator from Massachussetts.” The other thing about Paul Tsongas (how the hell did he take over this blog post) was that according to his tax returns he was the poorest Senator. Somehow he managed to make LESS than what the Senate was paying him.

Then I went to meet Senator Birch Bayh. It was his birthday also. His staff brought out a cake and sang “Happy Birthday” to both of us. I then got my hands all over that cake. It was the best birthday I ever had.

Somehow  the people at the Educational Testing Service weren’t informed of the fact that I wasn’t properly toilet trained and I was invited to take the SATs as a 12 year old. I took them, did well enough to go to a special summer program for 13 year olds who did well on the SATs.  It was down at Duke Unviersity. In a 3 week period I took Algebra 1, Algebra II, Algebra III,  Geometry, and Trigonometry. The program was an experiment to prove that traditional education was a waste of time and you can learn year-long subjects in a matter of days.

I was the dumbest person in the program. My roommate then is now a world-class doctor-lawyer-scientist. The kid down the hall made a billion or so in the Internet boom. The other kid down the hall became a chess grandmaster. Another kid is now at Microsoft and spent all his time building computers when we weren’t spending all day doing math.  We just had our 30th year reunion but I skipped it.

One kid came up to me and said, “I hear you know about secret rooms under the campus?”

He had a paper and pencil. “Show me where they are,” he said. “I want to take a girl there.”

We had all just gotten out of 7th grade. As I mentioned before, I was barely toilet trained. And this kid: smart, charismatic, a popular kid even in a program that was just lasting three weeks, had already reached the level of sweet emotional intimacy that would require him to have a private room for another 7th grade girl so he could tie her up and do whatever he wanted to her.

I drew him the map.

In exchange he showed me how to play “Don’t Stop Believin’” on the piano. Which now, after a 28 year absence from taking any piano lessons, remains the only song I can play on the piano from memory despite taking lessons from first through twelth grade.

The next year I went back to the same program. I took college level statistics. The year after that I took college level Logic. My roommate was in the Jehovah’s Witnesses. He would spend all night every night telling me I could be one of the people who could make it to heaven if I converted. Then he met a girl and sometimes I’d have to stay outside while they were having sex.  He was a virginal Jehovah’s Witness afraid about getting into heaven and I was the worst porn maniac constantly thinking about sex and he was a full four years ahead of me on achieving this important notch in human existence. Why does the world want to destroy little kids like me?

So here I am. I met Senators, I took college classes, I was a smart guy, and yet I blew up a $100 million company, couldn’t hold a marriage together, and all hell breaks loose when I suggest on this blog that my kids shouldn’t even learn what “PI” is. Something went horribly wrong.

Many years later I’m sitting in the IRS offices. My ex and kids are outside in the waiting room. I figured if I brought them in there’s less chance that I would go to jail. There never really was a chance I would go to jail but one never knows. I was brought to a room where I could hand over the biggest check I had ever handed over. It was for taxes multiple years. Plus interest and penalties.  A big check. I didn’t negotiate at all. [Note to IRS: One should ALWAYS pay their taxes in full.] 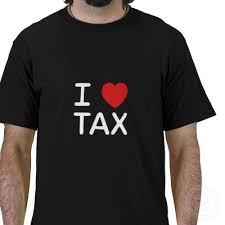 The most beautiful woman I had ever seen walked in the room. She was apparently my personal tax collector. She was on my case! I hadn’t slept for month because of her love letters to me about money I owed.  I wanted to ask her out on a date but that might mess up the entire dynamic of the ex-wife and fresh-faced kids sitting outside in the waiting area. I gave her the check, she said, “thank you”, and that was that. I was officially up to date.  But I wanted to keep the conversation going.

I asked her if she had seen that movie about the tax collector who hates his job and falls in love. With Will Ferrell. She said, “no”. It was the box office hit that prior weekend. She said, “that sounds interesting. I never even heard of it.” You’d figure a tax collector would’ve heard about a top-selling romantic comedy that was about tax collecting. If I were single I certainly would’ve taken her to that movie.  That was the end of our  “meeting”.

I left the office. Patted my kids on their beautiful mop-topped heads. They were scared and they didn’t even know why. The government was richer. I was poorer. We had four or five wars that the government needed my help supporting.

Sometimes I miss the days when all I had to worry about at night was whether or not I would wake up in a pee-soaked bed the next morning. I wish now, just once, I had forgiven myself for such a minor infraction.

You would be wasting your time if you Followed Me on Twitter. People tell me I don’t “engage” enough. Ugh, I’m even anti-social on a social network. What is WRONG with me?