I Want To Get Better So This Is What I Did 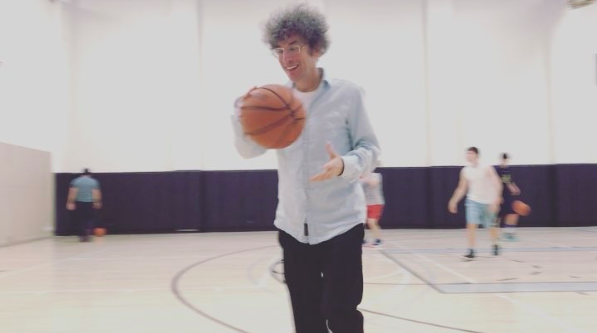 I woke up three in the morning thinking about all of my sexual problems.

I started laughing. I thought it was funny. I then had an argument with myself.

Side one: “I should write it down RIGHT NOW”.

Side two: “UGH! I’m too tired. I’ll remember it all in the morning and write it down then.”

Someone once said, “if you wake up at 3 in the morning with an idea you HAVE to write it. You won’t remember.”

Then when I woke up a few hours later I had no idea what I had written. I had forgotten everything.

I don’t want to be a comedian. I just want to learn a new skill.

I figure it will help me be a better public speaker. A better podcaster. A better thinker about what is “weird” in the world.

In other words, I want to learn a new skill. But it’s a skill that I think will provide deeper meaning to other areas of my life.

Is it too late to get better at something? I don’t know. But it excites me.

I don’t want to ever fall into routines.

I think that’s when people say, “I can’t believe this year went so fast.” Because their mind just skips right through the things that are routine.

I want things to go slowly. Every day to sloooow down.

Here’s what I did Saturday to get better.

At 3 in the morning I wrote down what made me laugh. I have no clue what makes other people laugh. I only want to make myself laugh.

This made me laugh and I didn’t want to forget it so I wrote it down.

In the morning I went over what I wrote at 3 in the morning. It was ok. I rewrote and then rewrote again. I crossed some things out that I no longer thought was funny.

I watch videos every day of the greats.

I watched a video breaking down Bo Burnham’s latest special.

I watched more standup from Louis CK. I watched a video of Judah Friedlander doing crowd work. I watched videos of Gary Gulman and Marina Franklin.

I am re-reading for the third time Judd Apatow’s “Sick in the Head” where he interviews comedians.

He’s been directing and producing and writing movies for 30 years. But he’s a pure fanboy.

Since he was 14 years old he’s been interviewing his favorite comedians and he compiles them all in “Sick in the Head”.

In the past few days I re-watched “Knocked Up”, “The 40 Year Old Virgin”, and “This Is 40” by him. As well as watched episodes of “The Larry Sanders Show” that he wrote when he was younger.

I had a podcast scheduled.

A podcast is not about “how do I get information out of my guest”.

It’s about: “How can I set this up so that my guest and I are as entertaining as possible.”

My guest was great and we had fun. And I learned. If I had fun and learned then I think my listeners will.

That’s what turns a boring podcast into a good one.

One quote from the podcast (with the genius Naval Ravikant): “I hope whatever happens is interesting enough that I can’t predict it.”

I didn’t know if what I wrote at 3am was good enough for an audience or not. Once a week I’ve been trying out material on a real audience.

But I wanted to test it out this new material before then.

So I found a list of open mics that I could just go to. The only people at open mic are the other people who want to go up to the mic. So supposedly no pressure.

I found one to go to at 4 in the afternoon. I went.

Right before I was going to go up to the mic I had a bit of a panic attack. I was shaking and having trouble breathing.

I’ve given hundreds of talks, been on TV hundreds of times, done thousands of podcasts and other things. But to try out new material in a room full of 15 other scared people scared me.

I’m trying to decide how much of comedy is: the joke (story/ setup / punchline), the delivery (when to pause, when to change my voice, when to move), and playing with the audience.

I also hate jokes that are JUST about being funny. I want each thing to be something personal to me. I hate comedy that is meaningless.

I tested out a bit of all three at the open mic. It was fun and mostly everything worked.

One bit that was older I decided to drop. Two jokes I decided to add. And one bit I did that would only work if nobody knew me.

When I went up I recorded myself. I listened later.

Where should I have paused more? How should I have segued differently? What words were people laughing at that I could have stretched out or said louder? Where did I pause too much?

G) TALK IT OUT

I wish I had someone to talk to about it right afterwards to analyze what worked and didn’t. But I didn’t have that yesterday. Sometimes I do.

For everything there is a learning curve.

Being honest with myself: I like being on the steep end of a learning curve. Just being flooded with new things every day.

Every day is key.

Some people like being on the part of the learning curve that flattens out. This the part right before true mastery.

Where every improvement is hard work and you learn to appreciate the subtleties that much more.

I’m afraid I like that part but not as much as the steep part. I like that feeling of non-stop improvement.

Just watching and thinking is the lowest part of the learning curve. You appreciate something and you think about it and you recognize quality but you aren’t really getting better.

You have to DO to get better. DO-ing (with feedback and analysis) moves you from the bottom of the learning curve to the steep part.

That was my Saturday. The body and mind always want to explore a frontier.

It cost me nothing to explore.

I was happy when I went to sleep. All of my problems postponed for another day.