Where did Greece go? I couldn’t find it on the map of the world this morning. I have a globe and I spun it around. No Greece. I opened up the newspaper. Read it cover to cover. No Greece.  I  tried calling some friends over there. But I couldn’t even remember their names or their numbers. Its as if they never existed.

I vaguely remember back last May. It was another world. I was moving from Manhattan to a place in the country, right by the Hudson River, so I can relax a little bit more. Not get so stressed. Greece was getting to me back then. It was in the headlines every day.

“The Greece Contagion.” Nouriel Roubini  (or some Roubini-like pundit) said the “debt contagion” was going to spread across Europe. Spread across the Atlantic (they have boats for this sort of thing), and topple every state into bankruptcy, every small town and village, every little mom and pop bank, and even some of the bigger ones.

Everyone was scared. The media and the pundits fed us panic and fear every day. We were little children eating out of their hands. I sold some stocks. I had to. I was scared. Greece maybe caused the “flash crash” as well. The world was falling apart.

(me arguing with Roubini on July 5. He felt the market would go down because of Europe. I thought the opposite. I was right. He later wrote me in an email he would invite me to one of his famous parties only after a “double-dip” recession occurred. I guess thats what it takes for media pundits to party.)

So where did Greece go? Did everyone get Avian Flu (and where are all the birds these days?)  over there? Now its all Libya (a country we didn’t even speak to for 30 years) and Saudi Arabia and Japan. And, by the way, the headlines aren’t about the 100,000s displaced in Japan in the devastating earthquake and tsunami (nor the fact that many more would’ve been lost if the third largest economy in the world had not been sufficiently prepared).

Fear and panic they are trying to feed us again. Forgetting the horrible human tragedy that is actually happening, the entire focus is on the post-traumatic stress syndrome we all experience every time the word “nuclear” is mentioned.

Fact: this is not Chernobyl

Another source, from the WSJ.

In the article, Congressman Markey says we could “experience another Chernobyl”. He should be immediately impeached for scaring his constituents without having any facts. The article has a lot of good info about why this is different from Chernobyl.

Fact: The US detonated 928 nuclear bombs on its own soil from 1951-1962. About 100 of these “tests” were above ground (in Nevada). I can guarantee you this was much worse for California than any leaking fuel rods that are surrounded by 10 foot think concrete containers and then 10 foot thick steel containers 6000  miles away from California.

Fact: This is not another “Three Mile Island”. But lets not forget: lets say it is. So what? Three mile island had no deaths, there’s never been an accident since, and harmless radiation was released into the air. While Wikipedia is not the primary source you can read all the links here to learn about it more. Find one death that resulted from the radiation.

The reason this was not like Three Mile Island is that at Three Mile Island there was a half meltdown of the core. Here was are seeing partial meltdowns of 2 reactors with heavy containment. At its most lethal it appears to be the radiation of a dental x-ray. Now, I wouldn’t want to be x-rayed all day long but this is only at a single point where there is controlled leaking of radiation (the reactor is “blowing off steam”)

Fact: No Deaths. Nobody will die from radiation in this. This is an unbelievably solid source.

If you are really scared, or your children are scared, read everything in the above link. It also contains various other links to sources that are keeping realtime track of the situation. Read the section that says “Worst Case”.

Fact: Success. this is an amazing success for nuclear technology. We had a 9.0 magnitude earthquake AND a tsunami and it turns out that nobody will die from nuclear radiation, despite the mass devastation caused by these natural disasters.

It’s a scam. The pundits need something to talk about. The media needs something to make you panic and scared. The larger institutional investors need mom and pop to sell their retirement portfolio to them at cheap prices.

So they all scare you to save their own lives and businesses.

When we were all kids, “nuclear” meant something horrible and frightful. There was a big red button that could be pressed and maniacs seemed to be at the helm on both sides. That was scary. But that fear is long over. 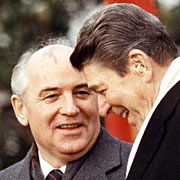 It’s about time we let that fear die.

Maybe we can try and take a deep breath and not panic so much. What a gift we have, to live here on this world. To live without the fear that the media gives us. To live without everyone arguing on every issue. To live without tears straining every human contact we have. Next time someone yells “boo”, tell them it’s short for “beautiful”.