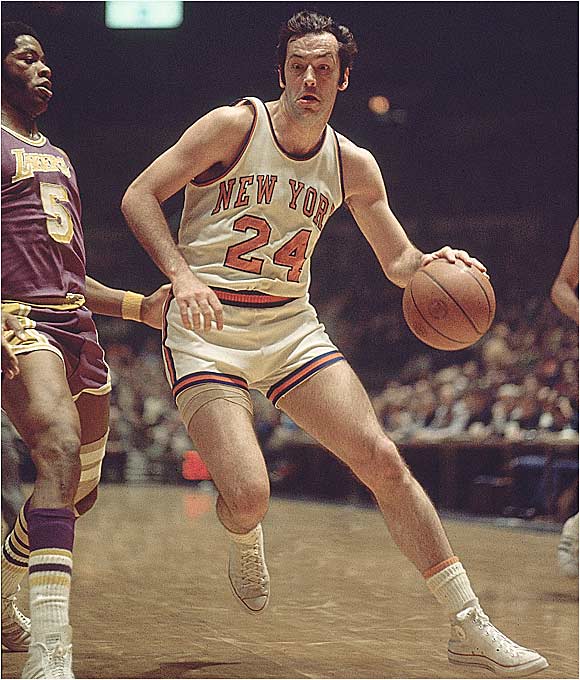 I had a tape recorder and I was trying to tape a phone conversation with US Senator Bill Bradley by having one phone off the hook in another room and having an old-fashioned tape recorder right next to it.

I faked being sick that day. (“I threw up in my throat but swallowed it back down”) so my parents let me stay home. It was 1980 and I was 12 years old.

Then I psycho-called Bill Bradley, the US Senator from New Jersey, formerly an NBA Hall of Fame basketball player, and much later a candidate for President.

“He’s in a meeting,” the secretary always said. I said I was calling to interview him for a newspaper and that I would call back. So I called all day but they never put me through.

Then around 2pm, Bill Bradley called. The first thing he said was, “Aren’t you supposed to be in school?”

And I told him they had given us the day off. So I started the interview off by lying to Bill Bradley. Then we spoke for a half hour or so.

I don’t really remember it although I’m sure one of my questions was the brilliant and insightful “Do you like being a senator?” My interview style still hasn’t changed much.

I did a lot of interviews that year. I called people all day long every day. I’m grateful to all the people who took the time to call a 12 year old with a tape recorder.

Bill Bradley didn’t start off as a very good basketball player. In fact, he was big and clumsy and horrible at it but he loved it.

He said, “I stayed behind to practice after my teammates left. I would make 15 baskets in a row from each of five spots on the floor.” If he missed a shot, he would start over from the beginning.

He did this through college and all through his pro career. He didn’t miss a day.

He was inspired by a quote he heard from his coach when he was in a summer basketball camp as a kid.

“When you’re not practicing, someone somewhere is. And when the two of you meet, assuming roughly equal ability, the other person will win.”

This is true for everything you do: writing, business, games, fitness, coming up with ideas, any art, sport where there are millions every day around the world trying to achieve what you want to achieve.

I took that quote about Bill Bradley from a book by Jack Canfield called “The Success Principles.”

Just like I spoke to Bill in 1980, I spoke to Jack Canfield yesterday.

I asked Jack when he was at his lowest and how he survived it.

He told me after his divorce he was basically broke despite having sold hundreds of millions of copies of “Chicken Soup for the Soul”. “I was in a depression,” he said.

He then went and gathered as many quotes as he could from inspirational stories and he made a book about them (“The Success Principles”).

He gave talks about them, he trained others to teach these stories, he taught these principles at corporations, he worked every day at inspiring himself to inspire others.

This is what he loved. This, for him, was what basketball was for Bradley.

He was over 50 years old then and he came back from nothing and made millions by finding what he loved to do and doing it over and over. He made millions by helping others find what they love.

Three things I get from this:

– If you aren’t practicing what you love, someone else is.

– It’s never too late. You stay truly alive as long as you love your life.

– The best way to make your dream come true is to make other people’s dreams come true.

21 years later I passed Bill Bradley in the street.

I was dead broke after having made a lot of money. I was depressed. Bill Bradley seemed huge to me, walking past me, smiling, larger than life.

He was walking into a building on 5th Avenue that was the home of an investment bank he was about to be made partner at.

I wanted to stop and say hello to him but I was too ashamed at my own misery. So many things separated him from me that I felt like a piece of dirt stuck in a crack on the sidewalk.

But right after that I started writing down ideas every day. I started being grateful for the people in my life. I started taking long walks every day to be healthy. I started sharing my ideas if I felt they could help someone.

And 14 years later, I still do it, I’m still grateful, I still try to be creative, no matter what is happening in my life. If I’m not practicing at living, then someone else is.

Thanks Bill Bradley, for being my first podcast guest in 1980. I don’t know where that cassette tape is, but I’m glad I didn’t strangle myself with it when it inevitably became tangled.