What the FAQ? 4 Critical Questions That Need Answers TODAY 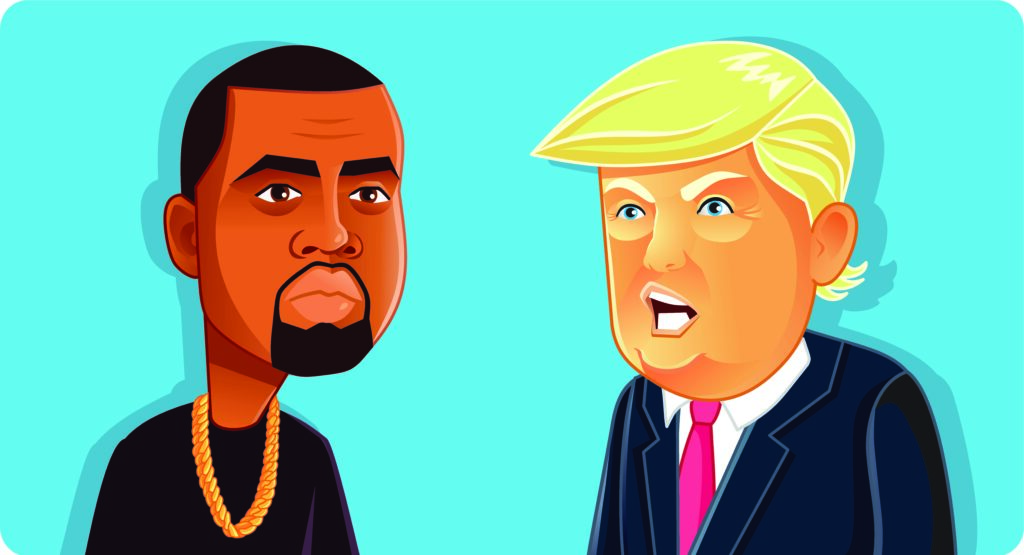 [Editor’s Note: Check out the full article in today’s issue of The Altucher Report! If you’re not already a subscriber, click here for more information.]

Both those years I fell apart. Emotionally, financially, family, health, everything. I wanted to learn from my mistakes, so that’s been my focus. Knock on wood, I’m stressed but surviving, and I hope others are as well.

Now for some frequently asked BIG questions: What if elections are delayed? Why is the market disconnected from the economy? Will we have hyperinflation? AND WHAT THE HECK SHOULD I DO?

WHAT HAPPENS IF ELECTIONS ARE DELAYED?

Trump has stated that if there is a hint of election fraud, he might delay the elections.

What the heck? But wait, before you panic:

There is always a good reason and a real reason.

(A simple Google search on “elections” shows that the entire discussion is now being set by Trump’s “hint.” Was this his plan? To dominate the discussion?)

The sheep listen with one-dimensional ears. The newspaper says something, and people believe it. But you are not sheep. 3D chess is to ask, “Why did someone say that? What is their real objective?” Even if we don’t know the answer, it’s good to ask the question.

Words are the tip of the iceberg and you have to figure out the real story under that word.

I always try to remember this: There’s always a good reason and a REAL reason.

Example: If my daughter wants to “study at the library,” the good reason is, “I’m trying to get good grades, Daddy!” and the real reason might be, “Boys are at the library right now!”

Both reasons are correct. But the real reason is the story. And the way to navigate the world is to understand people’s real incentives and stories.

Second example: Kanye is running for president. He might have a lot of good reasons. Like being disappointed in Trump or Biden or whatever. But his real reason might be that he was dropping a new album the next week.

By the way, I like the name of his political party, “The Birthday Party.” 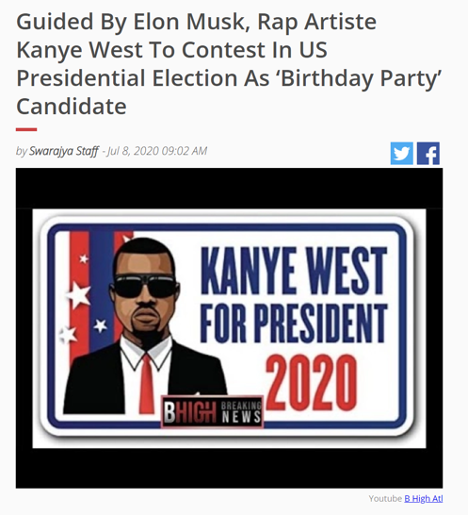 There’s a persuasion lesson there. It stands out. It’s visual and it feels good. I feel like cakes and gifts and hugs and wishes. And I feel like laughing. So it makes me feel good, I get the joke, and I’ll listen to the album. Real reason wins.

In business, politics, relationships, use words that are visual, that are unique, that make people feel what you want them to feel. Nobody has ever used “The Birthday Party” before to describe a political party. I honestly love it. I want a birthday party!

Trump’s real reason for stating he might delay elections could be to take an extreme position and back off from that later. He’s done that often. Or he might simply want to be in the headlines whenever anyone types “election.”

Remember: He seldom says a strategy in advance and yet this time he’s doing it so we should figure out what the real reason is. To be honest, I don’t know it.

But here’s what WE NEED TO KNOW: The 20th and the12th Amendments to the Constitution. 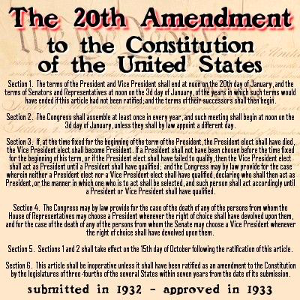 The 20th Amendment (Section 4) specifically states that if there’s no president or vice-president elected by Inauguration Day (January 20, 2021 in this case), then the House gets to choose the president.

Boom! That’s all you need to know. Trump knows this. Democrats know this. The Supreme Court knows this. But the media doesn’t seem to be sharing this. This is why I always ask: What’s really going on here?

3D thinking has never been more important than now. You cannot trust the usual sources, no matter what your politics or beliefs look like.

So election delay or not, January 20 we will have a new president.

In today’s issue of The Altucher Report, check out my thoughts on questions two through four:

Why is the stock market disconnected from the economy?

Will there be hyper-inflation… or deflation?

What does this mean for me?