WHAT TO DO WHEN YOUR FATHER STEALS YOUR IDENTITY 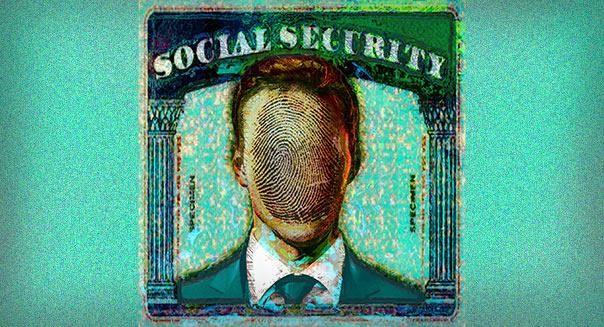 A friend of mine just became the victim of serious identity theft. Someone used her social security info and other identity info to create a series of credit cards over the past seven years.

For the past two years he had stopped paying the bills. Her credit rating fell from 780 to 530.

The man who stole her identity was her father.

She confronted her mother who told her, “Don’t do anything. You will get your father in trouble.”

She spoke to her husband. He said, “It’s no big deal. It’s not like we are buying another house.”

She spoke to the people at her church. They said, “God will take care of everything. Forgive your father and put this behind you.”

I want to help her. There’s three stages in this. I told her the first stage.

CRISIS STAGE: It’s fortunate her dad used only one bank for all the credit cards. Chase.

I told her: “go to Chase, cancel all the cards, explain you were the victim of identity theft and it was your father and there are various laws that apply to this situation and you can wipe out a significant number of the transactions. Then get advice from a credit repair service on how to get your credit back up.

Your father might get in trouble. You don’t care.”

She’s so angry at her father. Nobody agrees with her that she should be angry. She wanted to talk about her anger.

I told her, “make an appointment with yourself to be angry after you deal with the immediate situation.”

He could still be running up charges on her card. First cancel all the cards. Then cancel whatever transactions she could. Then find out about credit repair. Will you do this today? I asked.

This is a crisis. The anger is not going to go away. In one line: the Daily Practice: sleep well, eat well, exercise, be around ONLY positive people, be grateful for the good things.

Family is not family. “Family” is bullshit. It’s an excuse for people to enable each other. Everyone has issues in their family that they cover up with flimsy transparent band-aids.

My opinion: Not talk to anyone who thinks she should forgive and forget. Move her family to a new home if she has to. Change phones. Completely build a wall to the people negative in her life that constantly leech on her.

She has two children.

Recently her husband’s brother was shot and killed while sitting on the porch of his house.

Her sister has been in and out of jail. So has her brother and nephew. Her father now is stealing from her. She is the only one with a job. With a business. With a life. She’s actually one of the most amazing people I know.

People when they are sick go to a doctor. The doctor gives them medication and they get cured.

But it’s not the doctor that cured them. It’s their inner motivation for recovery that gets them to the doctor.

The way to health starts from that inner motivation. That’s where the real you is.

But we stop being our “self” when we get sucked into the drama. Then we are a character in a drama.

So you need an incentive to turn off the TV. To get out of the soap opera. To remove yourself from the drama.

You have two kids. They are very good, sweet kids. They like comic books and sports and making you laugh.

They are going to grow up and steal and be shot unless you change and remove yourself from these situations. Do it.