When You're Feeling Lost… Do This 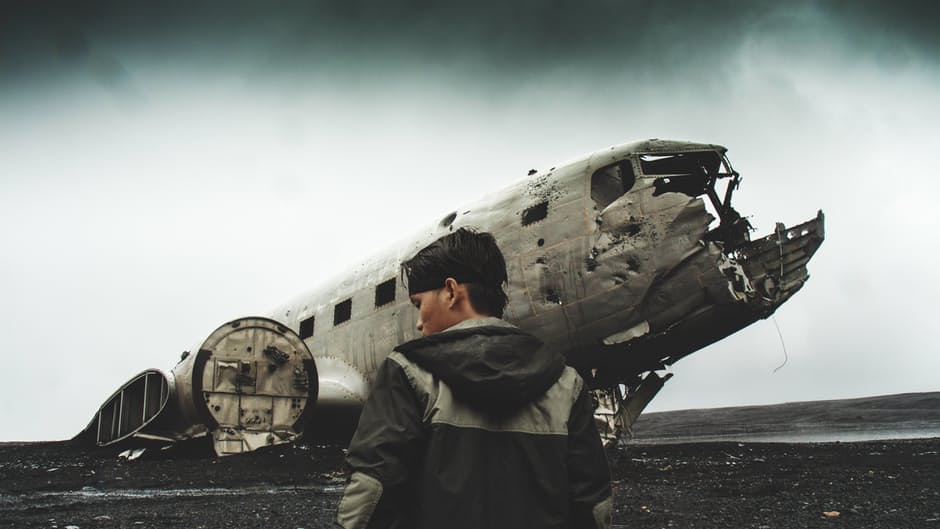 “I hate James. I wish he would quit.”

I read that in an email of one of my co-workers. He accidentally sent it to me but it was intended for another co-worker. They hated me.

I wanted to quit. But I was depressed and I needed the money.

I asked my neighbor. Would your firm hire me?

He sort of looked at me like he didn’t know what to say. You need experience, he said.

And then I did get fired. And then I was cut off from everyone.

Oh, and if this ever happens to you, which it will… read this: The 100 Rules for Being an Entrepreneur

I would take long walks at 4 in the morning. Manhattan is bordered by Battery Park City, then Battery Park, then Water Street. Then Chinatown, then the Lower East Side, and then I would circle back to my house.

That took up two hours. What next?

I didn’t even want to spend time with my kids. Because I thought I would be nothing but a failure for them.

And I felt specifically “lost” because I felt kicked out of the tribe. For millions of years, primates need to be part of a tribe or we feel lost. We feel unsafe, like the predators will catch us.

So our stress levels spike out of control, even though the only predators now are in our own mind.

The mind-predators are just as real.

I couldn’t change my reality in a day. If I’m lost today, I’m still going to be “lost” tomorrow.

But I started to realize it was my choice.

That the direction I was going in was my choice. And direction determines destination.

I needed to get back into the tribe. I needed to feel like I belonged to something, to anything.

So I made “being a member of the tribe” part of my habit.

Every day I would read from four different books. A quality fiction book (to improve my writing). A non-fiction book (to learn). A book about games (because games and play are the foundations for almost all of civilization and learning). And a thriller (because sometimes I need to escape).

The newspapers would just make me anxious. So I avoided news. But reading 10% a day from each of the four books above means I’d finish 4 books (at least) every ten days. That’s 146 books a year.

Each book is the entire curated life of the author, put into 200–300 pages. All of his or her best thoughts.

I’ve now lived those 2200 lives, side by side with my favorite authors.

When I was at my lowest I went to the Berkshire Hathaway annual meeting. It’s Warren Buffett’s meeting of his shareholders.

I’m not a shareholder. And my initial goal was to go there and write a negative article about it. But I wrote the opposite.

Initially I felt jealous of people there. So many rich, successful people. What was I doing here?

And then someone asked Warren Buffett what his definition of success was.

He said: Count the number of people who love you.

He said: And to be loved, you have to be lovable.

How can you be lovable?

Be more kind than you have to each day.

Help at least one person a day.

Reach out unexpectedly to a friend each day.

I started doing all of these things. After a few months I realized I wasn’t by myself anymore.

And then more things started to happen. People were reaching out to me. They wanted to be part of MY tribe. To be my friend. To work with me. To share opportunities with me.

Just a few months earlier I had been sick in bed with depression and worse.

Now I was in a tribe. Now I had friends. Now I had people to talk to and learn from and exchange ideas with. And together, help the world.

Warren Buffett’s answer is funny because it’s a metric like any other (money in bank, Facebook likes, Instagram followers, etc) but it put me on the right path:

Love others in order to love yourself.

Here are the guidelines I use for being authentic:

If you can’t say “No”, then nobody will ever trust that your “Yes” comes from the deepest part of you. Which it must.

B) Write down every day things that I feel vulnerable about.

I was doing this forever but then Susan David, author of Emotional Agility told me something fascinating:

If you write down JUST ONCE, all the things you are vulnerable about, then six months later, when compared with a control group, the people who were vulnerable had higher levels of happiness.

I don’t know if I am a happy person. But I write down every day what I am feeling vulnerable about (stresses about jobs, love, children, friends, partners, etc) and I know my sense of well-being and what I can handle in life has risen considerably. It’s like a super power.

It’s a secret way of making yourself Graceful. Royalty is graceful. In our modern world, this is how you get modern royalty.

C) Choose the people who get to choose what I do.

I wrote a book, “Choose Yourself”. But along the way, sometimes other people have to choose you: for a job, for a promotion, for a sale, etc.

But always choose who you deal with. Who you give power to. This is the way of reclaiming power over your own life.

This takes time. But it’s not a goal. It’s a direction. It’s a theme of living life. I wanted to be a part of the tribe that “Chooses themselves”.

Now I’m part of that tribe.

And then by the time you die, the entire tribe will send smoke to the sun in honor of you.

(and, if nothing else, there’s a pile of 1 million balls in Washington DC you can jump in)