What You Can Do If You Are a Nobody

CAN A NOBODY WRITE  A BOOK?

Fonzi ‏@fonzib: Do you think it’s a waste of time for a spare nobody to write a book about their life so far?

I’m sorry you think you are a nobody. There’s seven billion or so people on this planet. We are all nobodies looking to escape the gravitational pull of the rock we are living on. We all want to be someone.

The thing is, it’s a myth that we are a nobody. We can give ourselves permission right now to escape that gravitational pull.

Look at your twitter name. Do you think it was a waste of time for a nerdy looking Jewish guy to play the role of a hot Italian stud in the TV show “Happy Days”? Fonzi would bang his hand on the wall and four girls would show up.

Henry Winkler ended up being the most important character on the show and, over the years, the one with the longest screen time of any of the other actors even though initially he was intended to be just a minor character.

Out of that show spun at least two other shows (Joannie Loves Chachi and Mork & Mindy), not to mention Ron Howard’s enormous success as a movie producer and the classic appearances of Henry Winkler and Scott Baio on “Arrested Development”.

The world is a jigsaw puzzle  but we get to decide what the final picture will look like and how all the pieces get to fit together.

You decide what you want your life to be. You get to decide if the decades that have just gone by have added up to you being a “nobody” or not.

I had a pretentious sounding title of it. I’m too embarrassed to even repeat the title here. I sent it out to 20 publishers and about 30 agents. I tried to have parts of it printed in Omni Magazine.

I was rejected everywhere. I gave it to an English professor to read. He put it in his desk drawer and forgot about it. I gave it to my friends to read. Some of them never spoke to me again.

So I wrote another book. It was a science fiction/fantasy/historical fiction version of the story of King David. I had been reading Paul Johnson’s  book “The History of the Jews” and got inspired so I started writing and once I realized it was a bad idea (about ten pages in) I felt I was too committed to it to stop for another 500 pages.

I ended up comparing the story of an epileptic David to the story of the wandering Cain. I gave my girlfriend the book to read when it was finished. She said it was “great”. I asked her to describe to me what happened in the final ten pages.

THE FINAL TWIST! She turned red and couldn’t describe it. “But I read it,” she started to cry. I didn’t speak to her for days after that. Then we broke up.

So I wrote another book. “Chess Pieces.” A bunch of short stories and novellas all around the topic of chess.

In the shower, like I do, I started adding up how much money I would make if Playboy bought all my stories about chess. I would never have to work again! Rejections everywhere.

I wrote it in a weekend. About 130 pages. After I was done I was so excited I called my new girlfriend and asked her to read it. She forcefully reminded me, “I thought we agreed to take a break in our relationship for at least a month.”

I  begged her to see me and read it. She didn’t.

So I wrote another book: “How to Survive Mutually Assured Destruction.”

I “self-published” if you want to call it that. I wanted people to be able to read it in the palm of their hand, on the bus when everyone was squeezed in.

I formatted it using an ancient piece of software called Latex (I have no idea how they came up with that name). It was about three inches tall.

I sold it for a quarter and got a bunch of bookstores to carry it. I put my phone number in the back. I got one phone call from a guy who said, “I like video games also.” (one of the stories was titled “How to Win at Video Games”).

I still have one or two copies left of that book, twenty years later.

During this time I probably wrote several thousand pages. I probably read 200-300 novels and collections of short stories. I pretended to be a student (I had already been thrown out of graduate school) and sat in on writing classes.

I moved to NYC in 1994 thinking that I would get connections in the publishing business. I dated a girl who was an agent.

Even SHE rejected a collection of stories I wrote. I think she writes for the Wall Street Journal now. Like me!

I worked at HBO and pitched two TV shows and made pilots for both. Both TV shows got rejected although I did one as a web show for almost three years and thoroughly enjoyed it. It was one of the best times of my life.

Finally, 14 years after I began writing just about every day, I published a book: “Trade Like a Hedge Fund”. No fiction. No life story. Nothing. Barrons had it as one of their best books of the year. “The Stock Traders Almanac” had it as the best book of 2004.

My boss at the time thought I had stolen all of his ideas (I didn’t) and fired me although I was up over 100% for him that year via trading.

Now ten published books (and a comic book) later I still write. I write this blog. (See, “Why I Write Books Even Though I’ve Lost Money on Every Book”). I have another two books coming out soon. I’m thinking of writing another novel. I keep sketching out ideas. 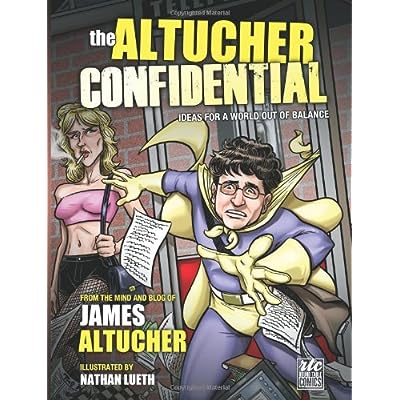 I’m still  a nobody. And 100 years from now I will be a nobody, after everyone I know is long dead and buried. And you know what – I’m thinking of writing a cookbook.

Why not? Or a book about parenting even though I barely parent. Again – why not? Who can stop me?

Do what you love to do. Do what you want to do. You don’t need permission to write a book or start a business or take a risk or ask out the most unattainable person in your circle of friends.

You can choose yourself to do anything. You might not be good at it at first but if you study your failures you will get better.

You will keep choosing yourself.