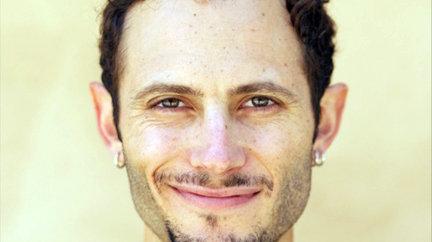 Noah Kagan was fired as one of the first employees of Facebook and he left probably $100,000,000 behind if he had stayed. Then he was fired early on as an employee of Mint.com, which later got bought by Intuit.

SO I decided to call him.

I rarely leave my house so sometimes my only interactions are when I call strangers.

“It did feel horrible,” he told me, “But I was arrogant. I deserved to be fired.”

He told me more about what happened. Why he was fired. What he did afterwards. What he’s doing now is genius. It made me feel bad again because I wish I had thought about. His company AppSumo is like a groupon for digital products.

He finds a digital product (an app, even a list of copywriting tips, a newsletter, whatever), negotiates a discount for a certain time period, and then sells it online to his 750,000 subscribers.

He describes all of this on my podcast.

But the podcast veered in a different direction THAT MAYBE CHANGED MY LIFE. We started talking about how to get out of the comfort zone.

“Any coffee shop? I can’t imagine a Starbucks would allow me.”

“Why do you think that?”

“Because they have rules.”

“Go to a Starbucks.”

Right away I was thinking of all sorts of excuses. It should’ve been so easy to Ask but I couldn’t.

I have a hard time asking people for things. Do you?

When I called Tim Ferriss and asked him if I could go on his podcast I was terrified. When I called the CEO of Twitter to ask him to write the foreword of my book, “Choose Yourself!” I was actually shaking and crying before I hit “Send”.

Many times in my life I have stopped myself from asking for things that I wanted.

I don’t know what that says about me. I like to think of myself as never needing to Ask. Always being the king, the one who grants gifts. The giver.

So my mind started coming up with excuses about the coffee even though I was intent on following Noah’s suggestion just to try it. If you try it, please report back here and tell me what happened.

I found a place that had just opened two weeks ago. Ordered coffee and a cookie (breaking paleo for this but they had nothing else). I was a bit nervous but I went into “speaker mode” where I’m not quite me. I’m more of a performer and the scared me is standing next to me.

She just looked at me. Then she sort of blinked and shook. Like she was snapping out of it.

“Wait a sec,” she said, “I don’t think I understand what you said.”

She was smiling and was not mean about it but she said, “Excuse me?”

She sort of laughed and said to an older guy who was washing the floor. “Uhhh, Ray?”

Ray came over. He must have been listening to the conversation because he said, “That’s certainly an unusual question.”

At this point I could’ve used some sort of persuasion or given a reason but I just nodded my head and stayed silent.

He was looking at me almost as if he expected me to say something. He was smiling. I was attracted to the woman behind the counter so that was giving me a little bit of strength.

I gave her 3 two dollar bills and told her to keep the change.

I had my coffee and didn’t think much about it. But then when I left it sounds like a cliche but I literally felt the sunshine slightly burning my face. It was comforting. The air touching me.

There were three or four things I had been anxious over earlier (random problems of the day) that were not bothering me anymore. At least right then. And still right now.

When I got home I wrote Noah and told him what happened. I told him almost exactly the above.

Maybe Noah just wanted to punish me but it didn’t work. I did go to a Starbucks. I did get rejected. And my life has continued to change for the better.