What's The Point In Life? 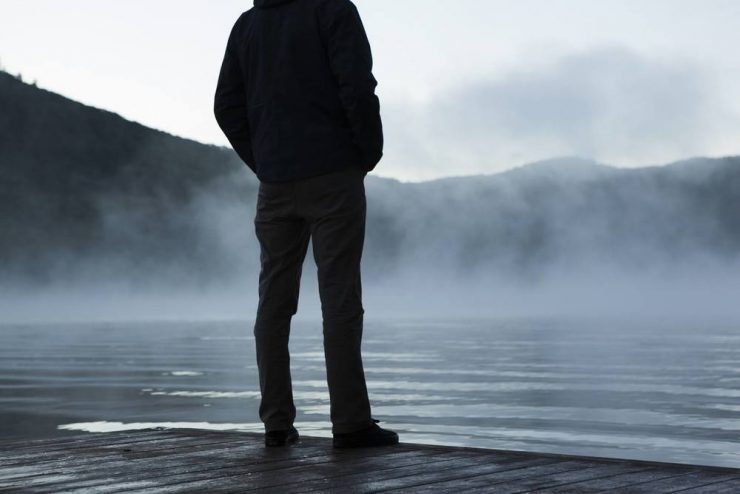 I visited a friend of mine in jail. He had been protesting a war.

Whenever you protest 18 year olds being killed, there’s a chance you can get arrested.

When he was in the county jail, he took off all his clothes and tried to flush them down the toilet. They had forgotten to give him medication for bipolar illness.

He was sentenced to a week or so in jail. I decided to go because I had never been to a jail (knocking on wood).

When I saw him he said, “You’re the only guy who visited me. I’m glad you came.”

I asked, what have you been doing?

Reading, writing. Helping the inmates learn how to read.

I asked him, “Has anyone sexually harassed you?” I was trying to avoid the word “rape” for some reason.

He was (and is) a very ugly guy. He said, “When you look like me you’re not really at risk”. But, he added, “I stay away from the gym. You don’t want to act like you’re challenging anyone.”

I saw him in the street a few weeks later. He hugged me and that’s the last time I saw him.

Later that evening I went searching for a coconut. I had no idea where to get one.

I went to a Thai restaurant. I figured they always had coconut curry so maybe they would have a coconut.

They didn’t have one. But while I was there I heard someone shout, “James!”

I turned around. It was JP. It was Luke. It was Harry. And others. All my friends from the park playing chess. It was winter so this must have been where they hung out during the winter and I didn’t even know.

It was sort of sad to me that I known them for so long but never really knew them. Never would be a part of their group.

I went to sit down with them and play. I told them I needed a coconut because a psychic told me and it was going to bring my luck up.

JP had a deep radio voice. He laughed and said, “There must be a woman involved.”

We played chess for two hours. Then I went to a grocery store and found a coconut.

I went outside and my wife and I walked all around until we found an empty corner with no cars coming in any direction. I walked into the middle of the street and smashed the coconut to smithereens.

It was a very long time after that before I had any luck, good or bad.

Sometimes I feel my heart flutter. Like it skips a beat.

I always sort of wonder what it would feel like if I had an actual heart attack. People tell me it hurts a lot.

Right now I have no regrets. Like if I fell to the floor in pain I would think, I would not have done anything differently.

What would I do differently if I knew it was going to end today? I think I would probably walk outside more and look at more faces.

Faces tell stories. Not how the face looks. How the eyes look when they look away from you. How the mouth looks when they speak.

What else would I do?

I think I would find a pool. And I’d go underwater. And I’d float with water all around me. And try to think of nothing. Maybe that’s what it’s like to be in a womb.

Does meaning start in the womb? Does it start when you do something in life? When you make a goal, solve a purpose, create a problem, walk your talk?

Or does it start before the womb?

When a man and a woman, nine months before you are born, kiss each other and love each other and have no idea of all the things that are about to happen that will change their lives forever.