When Child Prostitutes Fall In Love

In retrospect she was a high-end call girl / grad student. But who doesn’t sell themselves at some level? In almost every conversation we sell a tiny piece of ourselves. In the bazaar of interaction, we just hope for a tiny sliver of pretty silk back.

It was my very first shoot for HBO for the 3am project in 1996. I was nervous. The world at 3 in the morning was like a kaleidoscope of fantasy. It was the exact opposite of the day, where everyone wears their uniforms, follows their scripts, whispers their lines out of fear and out of neglect for the care of their real souls. When the sky turns dark blue, then black,  the costumes disappear. You sometimes see right through to the skeletons.

This girl was something else. She was like a bird that ran straight into an electric fire. Sparks were everywhere. The city exploded with the darkness.

It was three AM, the corner of Houston and Ludlow, and she was dancing with random people on the street. She’d see a guy, she’d say, “I want to dance with you,” and of course they would. She was pretty, blond, blue-eyed, and her eyes  opened wider than her whole head. And who wouldn’t dance with an electric goddess? She was dancing up and down the sidewalk. I had never seen anyone like her.

“Why are you dancing?” I wanted to know. “I passed a test”. She was studying for a PhD in French literature. A useless degree, a useless language, if anyone had nothing in life to be proud of it was her but here she was dancing at 3 in the morning. 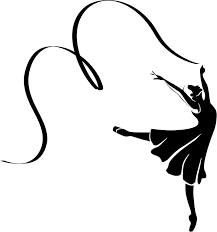 She had to put down her name on the release form I was required to get everyone to sign who we photographed and videotaped. Just in case the crack legal team at HBO needed to discuss anything with her. I took her release form the next day out of the pile of 20 or so I had interviewed and called her number and asked her to dinner. Completely unethical.

She said, “let me call you back in five minutes. No wait! Hold on!”, and I heard a click and then she came back on after a minute and she said, “Yes, I would love to.” Almost old fashioned, as if I was asking to court her. We walked for five hours that night. I made her laugh.

Right away I was in love. I told her so. She told me so. Maybe after one day or two days. I can’t be expected to wait to say these things!  Sometimes you just KNOW. Right?

What is there to learn about another person? We’re all made out of flesh. We all need money. We all need health and sex and we all have issues and baggage that we inherited from our parents, our friends, their parents, our siblings, and even our siblings’ parents. If I took a knife and opened your skull maybe I’d know all about you also.

She pulled me out of a box somehow. She unwrapped me and I saw that I was a beautiful present for the briefest of moments back so long ago.

“My last boyfriend,” she told me on the second date, “used to pay me for sex. It turned me on.”

“That’s nice,” I said. But I wasn’t going to pay her for anything. I had no money.

Another time she told me she had once had a nervous breakdown so she ran outside naked and ran into one of her neighbors and within five minutes she was having sex with him.

“That’s nice,” I said. Because why wouldn’t I say that. What a lucky guy that was! The next day, by coincidence, we ran into that guy with his young, new wife, in the street but he shook my hand and wouldn’t even look at her and then he seemed to just disappear before conversation could erupt.

Another time she wasn’t home when we were supposed to meet at 8pm. I walked up and down her tiny street (Cornelia St in the Village) until midnight. For four hours I kept ringing her bell every ten minutes, thinking that maybe I missed her enter. Maybe she had fallen asleep. I kept ringing the bell. Her neighbors would stare at me while I sat on the stoop to her building. I went home. At 1 am she called me and said, “can I come over?” And of course I let her. Why not? I wanted to see her.

My sister majored in French literature. My brother in law was French. I introduced them all to each other. I told my sister I loved this girl. The girl told my sister she loved me! I was so happy. She just “KNEW” as well. It was about four days after I met her.

I was going to marry her, have children with her, grow old with her. We’d bicker but never fight. Maybe when I was rich I’d pay her to have sex with me and we’d laugh about that. Whatever happened to that guy that she dated? Did he stop paying her? Where is he right now? Is he married and thinking about her?

We saw each other every night, although sometimes she was busy at the library until 2 in the morning and then she would come over. Sometimes even until 4 in the morning. She was the hardest working French Literarature PhD student I ever knew.

After about a dozen days she woke me up in the middle of the night. She had bunk beds for some reasons and we were squeezed together on the top bunk. I was afraid to fall off. “Hey!” she said. “Hey!”

“You were saying out loud  some other girl’s name!”

After I left her house that day I never saw her again. Sometimes you just fall out of love.