When Do You Kiss? How To Live In The Moment.

ON WHAT DATE DO YOU MOVE IN FOR THE KISS?

Brandon Harnish ‏@bkharnish: how long did you know Claudia before hugging? kissing?

I said to her, “you have teeth like a vampire. Did you know you have vampire fangs?”  One tooth on either side were pointy, like she could bite into my neck and rip my flesh out. Maybe that’s what they did down in South America. You hear all sorts of things. Who knows?

She was taken a bit off guard and maybe blushed. And I was peering in as if to look at the vampire fangs and I kissed her and I got that feeling you get when you kiss someone and they return the kiss. She re-gifted the kiss straight back at me. 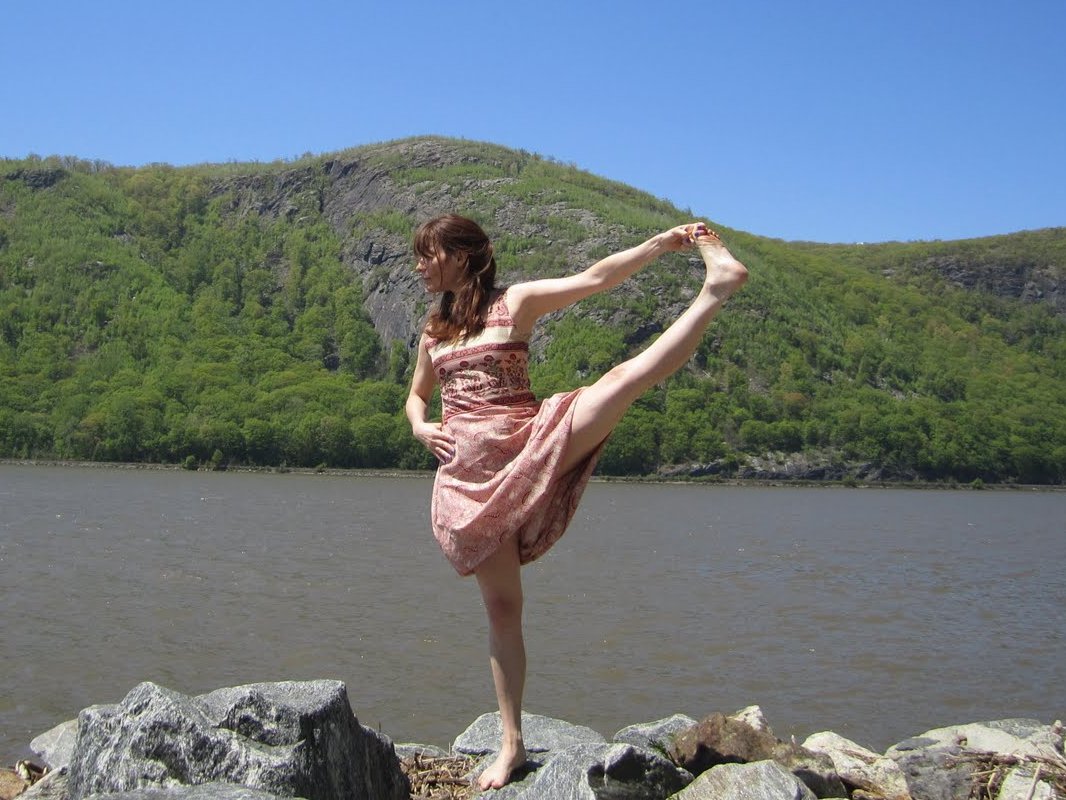 In other words, I was a weirdo. Why did I feel the need to put her off guard like that. Why was I such an idiot?

Not only that, we had been walking for about three miles. I had put her through a forced march before subjecting her to my insults about the shape of her incisors.

We had met for lunch. I had invited her to meet me in the lobby of my building. The lobby was artificially impressive. Because it was 2009, nobody wanted to live on Wall Street. So rents plunged in every building while amenities went up. Plus, you couldn’t get more impressive. Right outside my building was the New York Stock Exchange. There were armed guards everywhere, as if they were protecting my compound and in the lobby itself was a fake chandelier so big it was about 50 feet wide and rested on the floor so everyone had to walk around it. Amidst this sea of flickering electric lights, she would have to meet me.

Then we took a walk. First we went to South Street Seaport. We were overlooking the Brooklyn Bridge, the weather was great, I pointed out a restaurant on the other side that was known for being a romantic restaurant and I said we would have to try it some time and she agreed. So clearly it was ALL SYSTEMS GO. Second date and I was in!

But NO, I was shy. I don’t know why. I wasn’t shy other times. Just then. So we kept walking. I said, lets go to Battery Park, which is like a mile away. And we started at one end and went to the other, passing ground zero, the statue of liberty, ellis island, people juggling fire while on stilts, until finally we were at the end of the park, at the river, staring out at Brooklyn. Again. There was us and about a dozen homeless people.

Finally, I said, “you know your teeth look like vampire fangs”.

Second date and we kissed. Then she said, “I think all of those people are looking at us.” I said, “Maybe they are rooting us on. Maybe they want to see more.”

She said, “In NYC dating people seem to think, ‘third date and bed’, but I don’t like that.”

“Don’t worry,” I said and then proceeded to lie, “I have a ninety day rule.”

So it was the second date. This was both fast and slow. When it’s faster than that sometimes I don’t like that. It means the girl can kiss anyone the first time. When it’s slower than that I don’t know. I don’t like to be kept in the dark for so long. A girl and a guy know after the first ten minutes whether they like each other enough to kiss. Maybe even in the first minute. Or the first few seconds. After that its theater. But you still can’t rush or it becomes bad theater.

Nevertheless, I stretched out the climactic scene too much. I didn’t need to insult her to kiss her. I didn’t need to tire her out by walking three miles. I was afraid and scared and shy and nervous. All of those things get in the way of a good kiss. People either know or they don’t. An extra three miles of walking won’t change things.

When I kissed her we were about 50 feet from a subway stop. It’s good when you seal the deal to end things right there. It’s done. Mission accomplished. You got the password, you unlocked the safe, you got the top secret documents inside. Time to go. No need to hang out and read the gossip column. So I walked her to the subway and we agreed on a next date.

HOW DO YOU LIVE IN THE PRESENT?

meditandoando ‏@meditandoando: how to only think in the present when you also need to know the future. You need money and food to survive.

Then the IRS wrote me wanting to know a lot of information about me. Then my dad got sick. Then my father in law got sick. Then I wasn’t getting along with my now ex-wife and we got divorced. Then a lot of people got angry at me for reasons I don’t even know why. Then I was living in a hotel, by myself on Thanksgiving. Then I was crazy and almost went to jail. A step-ladder of thens until I got HERE, the present moment, but for a long time I didn’t know it was  the present moment. I thought it was THEN. Or SOON. And SOON was unavoidably bad.

This has been a hard year. Everyone wants to break free from it. Heck, it’s been a hard decade. As the year closed, by far the most popular search term that got people to my blog was “I Want to Die” by a much wider margin than it usually is. Nobody wants to see 2013 and what disasters it brings. 2012 was enough. Waking up to tragedy after tragedy. Wars that don’t seem to end. An economy that won’t seem to get off the respirator.

My kids said to me the other day, “When are we going to get out of this recession” I said, the US hasn’t been in a recession since 2009 and the stock market is near decade highs.” But they won’t believe me. “That’s impossible,” they said. Because life feels really bad now. Little kids get shot just a few miles away. That means it can happen to anyone. And everyone is either unemployed or underemployed. Or worried about being shot or underemployed.

Anything can happen. And nobody is entitled to anything. In my worst fears over the past few decade I would just stare at a paper trying to add up numbers over and over again. Do they add up? What if the IRS calls here? What if this deal falls through? What if I never do anything anywhere of value to anyone? Then that number goes away. All of this complicated mathematics would happen at three in the morning, the time when math happens in our nightmares. I would wake up and see paper after paper on the table and  none of the numbers would add up in the morning. What was I even thinking?

And the self-help books give platitudes that don’t make sense. It’s one thing to be Eckhart Tolle, who lived on a park bench, and say, “Live only in the Present”. It’s one thing to be Tony Robbins and force yourself to stand straight and be confident. It’s another thing to think to yourself: in exactly seven months I will run out of money and I can’t get a job and I will not be able to feed my kids. “Live life like you might die tomorrow!” says a bumper sticker, facebook quote, pinterest photo.

But it doesn’t work. I have to work tomorrow. I have to buy a diaper tomorrow or Eggos or fill up a car with gas. My gas runs out tomorrow.

Well, why can’t you get a job? Because, one  might think… all the jobs are gone. Or…I lost the last two jobs. Or…I had money once before and I messed it up. I was STUPID  and I HATE MYSELF. Or…I am too old. Or…I am not pretty or handsome or charismatic enough. Or…Or…. Or….: excuses, fears, regrets, anxieties and I open a book and it says, “live in the NOW”. But what if “NOW” sucks. What if it’s really really awful.

And yet, every spiritual book in history, every self-help guide, says the same thing. Focus on the NOW. How come?

There’s the metaphor of Jesus walking on water. (Uh-oh. Here the Jew goes again). The miracle is not that he walked on water. The miracle is always when we don’t drown in our fears and regrets. Those are the only things that prevent  us from walking above the water.

What happens then? You start to think of the ideas that will deliver the most value to others. You start to make decisions that benefit you the most right now. You start to clear your head of the  shitmares that stink up the system inside of you, the universal moment of NOW that only you exist in. You surrender to what you have in the present moment.

I added it all up. I was worth negative million. Or negative two million. Or maybe even an imaginary number. Somewhere where numbers don’t exist for respectable people. I was beyond respectable. I was a piece of shit. I was afraid. “Nothing will ever get good for me again.”

The only time you can stack the odds in your favor is right now. Here is a right-now-checklist: Are you breathing? Are you eating well? Did you sleep enough last night? Did you exercise? Did you avoid the people who put you down or stress you out? Did you come up with ideas? Did you laugh? Are you grateful for what you have? Can you surrender to the universe, to the angels that anchor you to your fears, just for a moment, and say, “Who today do you want me to help?”

And only by being focused on that checklist, will you ride fearlessly into the future. I know this because here I am in the future, right now.