When I Wanted to Run Away

I was about eleven years old and I was on the phone with the woman from the Runaway Hotline. We both sort of stood there on the line while she was waiting for a “counselor” to get on the phone with me. “Is there something specific you want to talk about?” she asked.

“No,” I said. And I wondered what I should’ve said. Were other kids being beaten? Is that why they run away? Was I supposed to be sexually abused or something? And then the other guy got on the phone. “Hello?” I hung up. 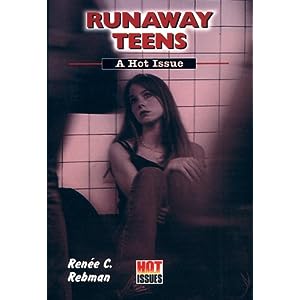 I didn’t run away that day.

Sometime in the future later I was on the phone with a man I had just made $41.5 million a few weeks earlier. “You know that 41.5 million?” I asked him.

Yes, he said, how could I foget.

I had a bad one like that when I was trading for Victor Niederhoffer in September, 2003. My dad had had his stroke a month or so earlier so I went in to visit. My dad was in a coma. Or something like a coma. The nurses said his brain wasn’t there and it was helpless. The doctor wanted to unplug him. His eyes were open and blinking. Don’t worry, dad, I said, I’m here. I didn’t want to be there. He smlled. He couldn’t hear me. But if I didn’t visit him I was afraid of what my mom and sisters would think. “James is a shitty brother”. “James is a no-good son.”

So I turned on the CNBC next to his bed. The market was going straight up. I was betting against it. I couldn’t keep my eyes off of CNBC. Every point up I felt like someone was kicking me in the groin. It really feels painful to lose money. I can’t describe it. Trading is a horrible job. Somebody in the comments below says “trading doesn’t have to be that way”. I traded for ten years. Trading is that way.

When you win, it feels like you are going to win every day. You can’t help but think that way. You’re up $3000 in your account and you think, great, that means I will make $750,000 this year (there are 250 trading days), but if you lose $1000 that day then that means you’re definitely going broke. Eventually. Because you’re never going to win at anything ever again. And on top of that your kids will spit in your face and you wonder if they will even cry at your funeral.

By the end of that day with my dad lying in the semi-coma, I had lost a lot of money. Goodbye, dad, and I was crying. I kissed his forehead. But the tears I left on his head were from my own pain and not shed for his.. Because I lost a lot of money that day. He, on the other hand, had three more years left before he died. He was over. I could’ve unplugged him right there and it would not have changed my enotions that day one iota. By the time he died the creatures they call nurses and doctors had dropped him on his head over a dozen times. He had bed sores that went right through to the bones in his spine. But the worst for me was that they lost his glasses. He couldn’t see without his glasses.

Back to my friend with now just $41 million. He said, ‘that’s ok, you win some, you lose some. Maybe you should just work for me. Manage my money across many investments. Give me advice and so on.’ He thought he was a great trader himself. I knew he was thinking he never would’ve made the mistake I had made. I knew he was thinking he could teach me. He used to tel lme, “I lose $100,000 today but it was ‘Ted’s fault””. Now he could tell his wife who was $41 mm richer, “it was James’s fault”.  Nothing was ever his fault. But he didn’t have many friends.Maybe he wanted to pay me to be his friend. I was good at pretending to do that back then., He would tell me how at 4 in the morning he would wake up, go to bangbus.com and masturbate until his screen has his stuff on it. “Don’t sit in my chair ever,” he said, which was funny because he knew I had just sat in it a week earier. He laughed. I laughed. Because we were friends.

I was very upset. So of course, 36 years old, I called my mom.  I was walking by the river. “Just take a job,” she said. “This stress is killing you. How nice would it be to just have a job again?” She was comforting. My dad would never have said that. He would’ve said something like, “Call the CEO of Goldman Sachs. He could use you right now. You could be the next CEO of Goldman.” Something equally insane to what my mom was saying but the exact opposite. When two people are with each other for forty years they split the difference. But their little baby, 36 old, gets split in the middle.

I called Dan, my trading partner. “Time to sell diet pills,” I said. “We should do infomercials. Get a factory in NJ to make the pills. Get a pretty girl. Get a late night spot on Comedy Central. We’re in business.” He laughed. We couldn’t sell diet pills. We didn’t even know what that meant. What is a diet pill? Haha. What factory in NJ were we even talking about? Do they even have factories in NJ? Haha.

A train went by. I could get on it. End up somewhere else. An even smaller town. Work in a pencil store. Meet a Mexican woman who worked washing dishes in a restaurant. On a hot Saturday I could be in my t-shirt hanging outside with my friends. A bandana around my head. It’s so hot. Some sort of salsa music coming from my car radio with the door open. My friends and I playing domninos. How come I can’t do that? They all seem so happy. Everyone laughing. The dominos floating up into the air for a split second when I thump my winning domino down like in that music video I once saw. I don’t know how to play dominos…I don’t even drive…I can’t have a beat up car…I don’t speak Spanish…I don’t know how to wash dishes. Am I even being racist here? What’s going on?

11 years old. I hung up the phone on the runaway hotline as soon as the counselor got on the phone. His voice was so calm. “Hello?” He was what Jesus must’ve sounded like.

Why would I possibly want to run away? I was in a nice suburban middle class house. I had friends who later hated me when I turned ugly. . I loved to read. I had a TV in my room. I watched Star Trek at 6pm every night. And Happy Days at 8pm Tuesdays on ABC. On weekends I would eat glazed donuts at the mall.  I wanted to make a billion dollars. “Hello?” Jesus said to me. And I hung up. There was never any escape and there never is.. It was time for me to go hurtling into the future until every option is finally exhausted.

Naked Girls, Astral Projection, and Being a Kid