When Will This End? 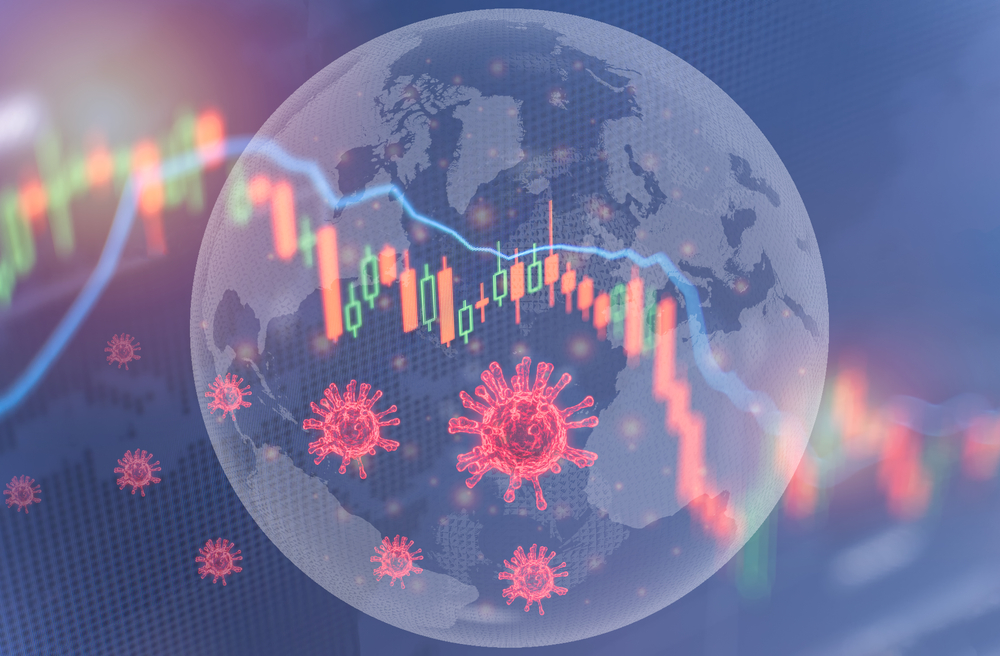 There’s been data flying back and forth.

Every university has a “model.” Every health official. Everybody on Twitter who in their spare time became a pandemic expert.

Let’s look at some of the models out there.

The below model was considered by many to be the standard. Six days ago it projected that in New York there would be 50,000 hospitalizations by April 1 (see below graphic).

Instead, there are 12,000. It was off by a factor of four in only six days. I can understand a bunch of PhDs being off by 10–20% in six days but there are 1/4 the number of hospitalizations they projected. What went wrong? 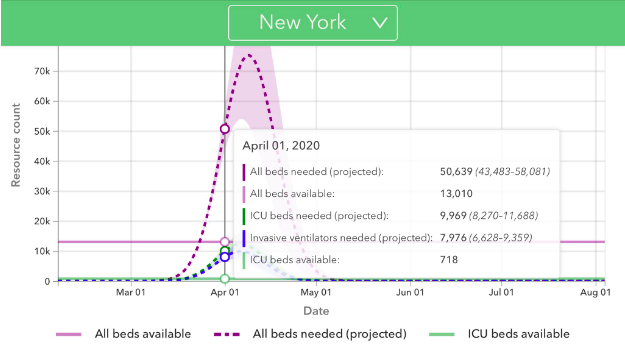 But most of all, what went wrong with almost EVERY single model that predicted exponential growth and millions and millions of deaths by now? Imperial College, Harvard, University of Washington, The New York Times, on and on and on.

What are the boundaries to this virus? Population, demographics, immune populations, the amount of exposure different groups have to the virus, possible mutations, possible weather effects, we don’t really know.

There’s one paper I found that takes all of this into account. It looks at each country, and even each state, where the virus hit. It looks at how many times the virus doubled (i.e., how long was it still exponential?)… and then how long it took for the “second derivative” to go negative (i.e., how long it took before the acceleration of the virus’s growth started to go down, even though new cases/deaths were still rising)… and then how long it took for the virus to get under control (i.e., the number of cases/deaths started going down to the point where they quickly became negligible.)

The paper is by Gerard Tellis of USC, and is titled: “How Long Will Social Distancing Last?”

He looks at the ONLY important math: How many doubles does the virus make? And when does the growth rate (the second derivative of the growth in cases/deaths) start to go negative?

This is what you need to know to determine the peak of the virus and when it will end. No other paper that I have looked at has done this. In part because, until now, the data wasn’t there. It was possible to make a guess based on China, South Korea, Singapore, Taiwan, Sweden, and even Italy and now Spain. But guesswork is not good enough for an academic paper.

Here is the main table to focus on.

The curve in every location basically remains the same. So based on prior curves, and based on the data so far in locations that are still “pending,” it can extrapolate and figure out roughly when a location will hit its peak and when the virus cases will start going down quickly.

In Spain, for instance, it forecast a peak yesterday. 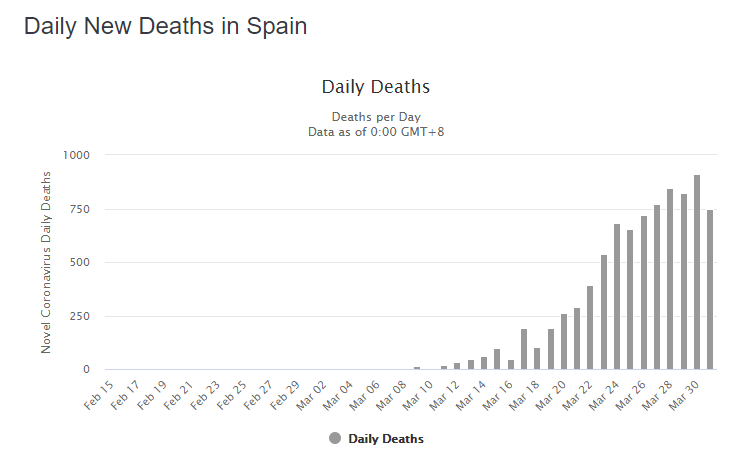 You can maybe guess that Spain’s growth ended about a week ago but it’s still been volatile. The model predicts yesterday as the peak and April 14 the date the virus will be fully under control.

In New York, it estimates April 5, with the virus fully under control around April 22. These are only estimates and can vary a little bit.

This is the first paper that seems to take into account the inevitable slowdown in exponential growth.

What does this all mean?

I hope it means that the government is able to take this seriously when the data fully reveals itself, and, as cases lessen, as fewer hospital beds are needed, as the country gets on the road to health recovery (even though there will still be cases), that a plan is put into place to fully reopen the economy.

The stimulus is going to be great. But the stimulus only works if the economy is OPEN. Else, you are giving electric shock to a patient who’s already dead. It’s useless. The economy needs to come to life.