Why Are Larry Page and I So Different? (or…why didn't Google buy my company?)

Every part of my body woke up in a sweat because now, for one of the first times ever, I was in love and I had no clue if the love was being requited. It was around 2 in the morning. I couldn’t get the feeling out of my head. It was a giddy feeling. Like I was in high school and I had just spent two hours talking to the mysterious girl at the party who then had to go. Or like I had just jumped off the tip of the diving board and was flying through the air in full anticipation of the water that would cover me in kisses when I landed.

I got out of bed and I googled her.  Which was easy. Because her name was “Google”. I had spent this afternoon in early 2007 at Google’s offices on 18th Street because I wanted them to buy my company. They owned an entire block on 18th street in the meatpacking district but it seemed even bigger than a block. It was like a fourth dimensional world where every smart person that ever existed was now gathered and given every toy they had ever hoped for as a kid. And they were all happy to see me.

I broke all the rules.

There were ping pong tables. There was food everywhere. There were screens held vertical instead of horizontal, two per cubicle. There were conference rooms where half the people seemed real and half seemed to be attending via hologram projectors. Information was reality while ageless kids skateboarded from one end of the enormous floor to the other.

Everyone in the conference room that had me in it was smart, curious, interested. They asked the right questions. They nodded at my answers politely before jumping on the next set of questions.  Its like how girls are better at asking questions than guys. They asked me everything. All I wanted to ask was, “how does it feel to be loved by Google?”

I loved her and I wanted my company, Stockpickr, to be bought by her and no other.

When I left I was jealous.   After the meeting, I was shot out of a gun into the troll-like world of the meatpacking district. Just ten years earlier I used to roam this block at three in the morning, avoiding fires and smells made out of rotting meat while chasing down abused transvestite prostitutes who wanted to share their “chocolate action” with whoever wanted to pay the highest price for placement in the perverse ancient physical predecessor of the Google Adsense auction. The world was three dimensional again when I hit the street and I was in a daze. It was bright and ugly and I was once again surrounded by humans.

I was jealous of Larry Page, the cofounder and now CEO of Google.  Why did he get to consume her and love her while I was sweating and just trying to google my Google. Why did she love him back so fervently  until now she’s completely possessed by him and I’m me, writing this blog about it.

Something veered off course with me. I was like the crew from the tv show “Lost in Space” that had a little too much weight on board than expected. A little extra baggage. And went off into the galaxy fighting monster aliens and evil robots while Larry Page completed his mission. 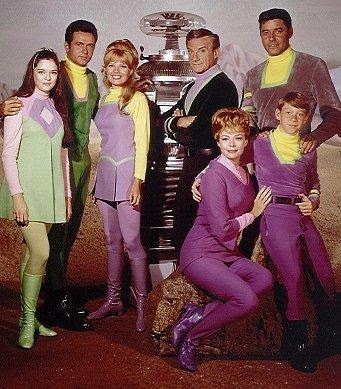 We started off similar. Jewish. But maybe not. He’s half Jewish. His father and my father went to grad school. But a small difference. His dad completed his Phd. Mine didn’t. Mine left graduate school with one year to go at the very same school Page would one day graduate. What did my dad do? While Larry’s dad became a professor, mine at first became an ice cream man. Then, when some inane splinter group of the mafia wanted my dad’s ice cream route, he worked at the post office on 29th Street in Manhattan.

So already things are a bit off. But skipping ahead, maybe I caught up. Larry Page and I both went to grad school in computer science. We both eventually dropped out. That’s the same, right?

But when he was 23 he was already working on the PageRank algorithm that would turn into Google. When I was 23 I was losing interest in computer science and spending my day writing novels that never got published, playing the game Go (and thanks to  former Google employee, Kai Fu Lee, never trying to write a computer Go program, but that’s another story), and chasing girls that never liked me.

Page was focused. When he was 24 he officially started Google. I was still doing all of the above. Only now I was thrown out of grad school (whereas Page technically went on sabbatical). When I was 24 I wrote a tiny book of short stories that could fit on the palm of your hand. I called it “How to win at video games” and local “zine” stores and t-shirt stores around Pittsburgh sold it for a quarter. My girlfriend’s best friend asked her, “doesn’t it make you feel gross when you read about the stuff he did in that book?” I bet nobody was asking Page’s girlfriend that question.

When Page was 26 years old, Google was the world’s largest search engine and became the default search engine for Yahoo. They had raised over $25 million in venture capital. Life was starting to look good for Larry. 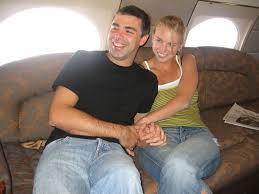 Things are now drastically off course with Page! Larry, what happened to me?

When he was 30. Google went public. He was worth a few billion. At 30 I sold my first company. We designed websites for entertainment companies and other Fortune 100 companies. I had 40 employees.

When he was 32, he bought YouTube for over a billion. When I was 32, out of misplaced and mistimed faith in all things Internet, I began a painful two year process of going broke.

Google didn’t want to buy Stockpickr.com. I was devastated.  I couldn’t be one of the cool kids. I would never skateboard down the hallway at the Googleplex NY HQ. I wanted vertical monitors. I wanted to play ping pong and eat food cooked by gourmet chefs at the office. They wanted me to have more of a tech team. I had no tech team. I had outsourced to India (more on that story later).

Who knows what other reasons they had. They didn’t love me the way I loved them.  Sometimes there’s no reason and nothing makes sense while you try to recount every conversation you ever had and wonder where you could’ve possibly gone wrong.  Now my new bride is upstairs working on her blog. My kids are doing their homework. When they are done we are going to all walk by the river. The sun will set soon. And tomorrow will be another day.

And…eventually I’ll write the post about what happened to Stockpickr.