Why "Dancing With the Stars" Doesn't have a Robot Champion

I timed it so I would walk past Lisa’s house precisely when I thought she was going to leave. She wasn’t there. So I walked around the block. I passed her house again. Still no Lisa. Hmm. I walked around the block again. Maybe she was taking a long shower and forgot what time it was. It was time to go to school and run into me in the street so she would love me. Still no Lisa. 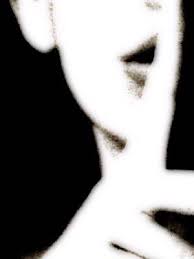 The next girl I dated had a crush on my PhD advisor. But he didn’t like her. “You aren’t tenure track enough,” she told me. “I mean, look at you.”

So that was a little secret also. Nobody could know. She was also going out with a guy who was married. “They have an open marriage. His wife is very sweet. We shop for clothes together,” she said. “But don’t tell anyone.”

The next girl was from India. She had a heavy accent and acne all over her face. But to me she was an exotic princess. “If my parents find out I’m going out with a white boy they will murder me,” she said. So I had to walk at least ten steps behind her when we were in public.

“All these Indians you see here are related. Its one huge gossip network. If even one Indian sees us then my parents will know.”

She showed me how to cook Indian food once. “You make potatoes and spinach. And then there are these five spices my mother gave me. Put all spices on. That’s Indian food.”

The next girl, Amy,  had two parents who were psychotherapists. That means I was constantly being analyzed by four different people. The parents. The daughter (who had absorbed 20 years of psychotherapy at the breakfast table) and the psychiatrist they all required I visit. Since her father thought I was crazy.

It was because of Amy that, indirectly, I never worked on the IBM computer, Watson, that just defeated Ken Jennings, the Jeopardy super-star, on the Jeopardy TV show a few weeks ago.

At the time, 1991, IBM was working on the chess computer Deep Blue, the computer that would eventually beat Garry Kasparov, the world chess champion.  The developer of Deep Blue was my former office-mate in graduate school, Feng Hsiuh. But we all called him “CB”, for “Crazy Bird”. I have no idea why.

Deep Blue was called “Chip Test” when we were office mates and it was already the best chess computer in the world even then (1989). I would play it all day long rather than go to classes.

When CB moved over to IBM I had an idea for Deep Blue. I said, “don’t have the program analyze every move. Why don’t you skip a move and see if in some of the resulting positions, you win. That implies the computer had a threat. You can then back up and first analyze all of the moves that are threats before you start analyzing other moves. This will make the software much faster. “

They liked it!  I was  offered a summer job for $3000 a month. Triple the amount I had ever made before. I was gong to be rich! What made it even more real was that I had to take a urine test. It was IBM. I was in the big leagues. I was important enough now that someone even wanted to analyze my urine.  I told my parents about the urine test and they were very proud of me.

I turned it down. I wanted to be with Amy. Amy was very predictable. I knew exactly when she would be passing my house on the way to her Japanese classes. I would bump into her every day. By accident. We didn’t last the summer.  “You’re not an outdoors sort of person,” she told me, “and Lance is.” Lance had a nickname. “Tri-pod.” Because of a particular body part.

If I had gone to IBM not only would I have programmed the best chess computer in the world but I would undoubtedly have played chess every day. It would be the most amazing dream come true.

Then, when that project was over, I would’ve probably worked on more projects for them, ultimately leading to the most recent Watson project. I would’ve been IBM’s gaming king. I’m sure of it! Then, who knows what games I could’ve created for IBM.

Ten years later I got an email from Lisa. The first girl mentioned above who wanted me as her special secret that nobody could know about. I hadn’t heard from her in a decade. She was dying of cancer and she decided not to take treatment. She had moved back in with her parents in Toronto. She sent me a picture of herself with her boyfriend. She seemed really happy.

I never knew any young person who had died before. I wanted to respond to her but I didn’t know what to say. Every day when I looked at my email I felt ashamed that I wasn’t responding to her. I was dealing with my own issues at the time. A few months later I read on the world wide web that she died and that the university where she worked was setting up a memorial for her. Someone wrote, “Lisa was the sunshine of my day.”

What if I had run into her back in the day, when I was circling the block fifteen times in a row. The cars going back and forth wanted me to run into her. They whispered to me, “She likes you. But it’s a secret.”  That one day I would’ve made her laugh. She would’ve realized how foolish she was for avoiding me and not returning my calls. “It was all a test,” she would tell me. “I just wanted to see if you really loved me.”

Maybe that would’ve changed everything. She would still be alive, having beaten the cancer with my encouragement. And IBM would now have a world champion robot for “Dancing with the Stars” because of my amazing programming skills.

For the briefest of moments, anything could’ve happened. And all life would have been different.