Why I Won’t Vote 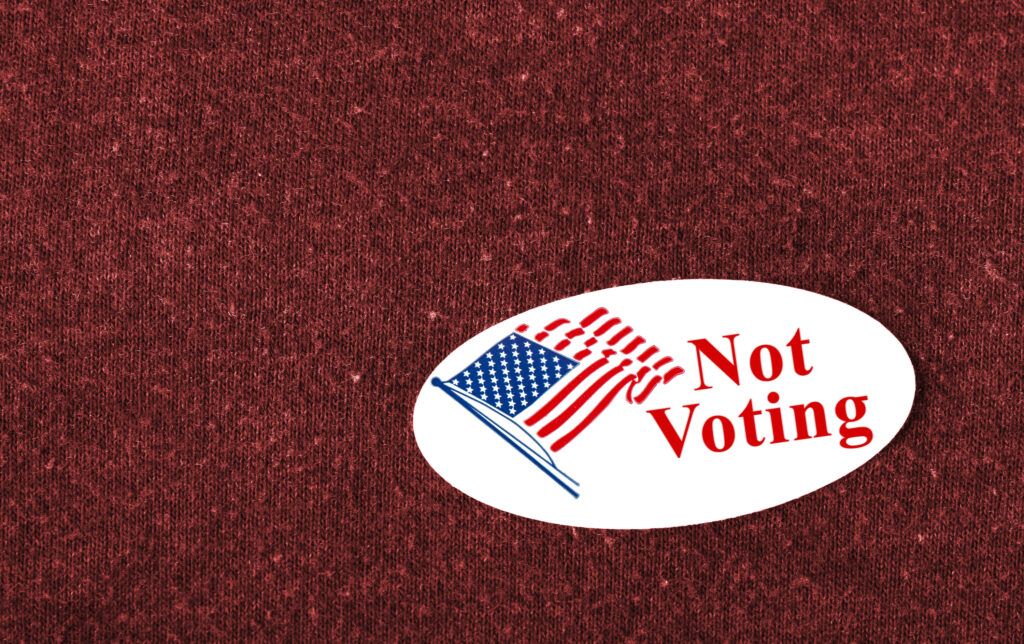 I’m not going to vote. I’ve never voted in a presidential election. And in the 34 years that I’ve been allowed to vote, I’ve only voted in two local elections. Once in 1991 and once in 2004.

I’ve been vote-shamed all of my life. It’s part of the American religion that if you don’t vote, then you are a bad person.

“People died so you can vote!” is a common argument.

“You are not entitled to an opinion if you don’t vote.”

“You can’t complain if you don’t vote.”

“You are a racist if you don’t vote.”

“Go somewhere where voting is not allowed and you will see why it’s important to vote.”

By the way, I’m still entitled to complain and I have opinions and I don’t care that people died so I can vote. I wish whoever died for my right to vote had lived.

You should vote if you want to. But this is a guide for people who don’t want to vote and have to put up with all the vote-shaming. 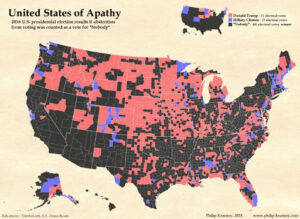 (This shows why the system is broken. If “no vote” counted as a vote, then “Nobody” would win the presidency.)

A) ARE YOU QUALIFIED TO VOTE?

Most people vote for the candidate their friends or colleagues are voting for. And many people are swayed by cognitive biases triggered by campaign materials and media.

Here are some questions I sometimes ask people and I’ve never gotten reasonable answers (don’t look the answers up):

Most people can’t answer any of the above questions. Should they vote?

B) A VOTE RIGHT NOW IS A VOTE FOR POLARIZATION

A political system should have “reasonable” and “rational” people.

Reasonable people welcome many different viewpoints, with the understanding that we can vote on these viewpoints, and we have to live with the conclusion until the next election even if we disagree.

Pro-choice and pro-life people will never agree with each other, but they all trust the system and live by its rules.

“Rational” people vote for their self-interests. This is not as selfish as it sounds.

My self-interest includes my family and my community, because I know the cliche is true: “A rising tide lifts all boats.” I can widen out my community to include, to an extent, the entire country. By being rational I am forced to consider what the best interests are of everyone and make my decision accordingly.

Friends are fighting. Families are breaking up. People are being censored, even attacked, for their beliefs on either side. When was the last election where someone was attacked for supporting a candidate?

People are being mocked or are getting death threats. I don’t want to be a part of this.

A non-vote is a rejection of the direction the entire system is going again, regardless of how I feel about the candidates.

C) THE LESSER OF TWO EVILS IS STILL EVIL

Both are in their mid- to late 70s. I have a problem with that. If a 75-year-old makes a bad decision he might think to himself, “Well, at least I’ll be dead before this decision is proven to ruin the country!” 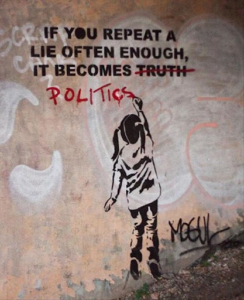 I’m not saying 70-year-olds don’t care about making bad decisions. But… maybe they don’t. I don’t know! I’d rather have a 45-year-old who is going to see the end results of their decisions.

Is this ageist? Yeah it is. So what?

D) NOBODY REALLY WANTS YOU TO VOTE

When I say I won’t vote, some people respond: “He’s an idiot. He doesn’t see that there is a clear choice. He should vote.”

For these people, they simply want to vote twice. They want to vote and then they think I should vote for their candidate so they can “win.” I get this on both sides. But elections aren’t a game and it’s silly to think of “winners” in this context.

The Republicans and Democrats do not differ much at the core of their political philosophies. People might think they do, but they don’t. They basically feel the same about taxes, wars, healthcare, climate change, etc., with minor differences.

I know people will argue with me on this but that’s another discussion.

(I didn’t know until I saw this that 1,212 people filed to run for president this year. Why can’t we vote for any of them?)

And they often switch philosophies when convenient. For instance, universal basic income (UBI) is considered a Democrat policy, but it was first proposed by a Republican: Richard Nixon.

Are Democrats the same as socialists? No, they’re not. It would be reasonable to have a separate Socialist Party. Just like there is a spectrum of Republican philosophies with many different beliefs.

I would like to have a choice that most closely represents my own values. A vote right now is simply a vote for the current “Republocrat” system and doesn’t allow for multiple beliefs.

For instance, we already know which direction New York State is going to go.

And if you live in North Dakota, you don’t need to vote blue because that state is definitely red. Overall, four or five states and about 70,000 votes out of 130 million will be the deciding votes.

All of the other votes don’t really matter. 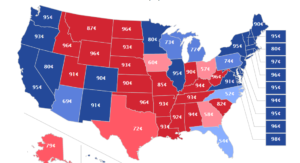 BUT… BUT… DOES THIS MEAN YOU DON’T CARE ABOUT SOCIETY?

Everyone can speak their mind. I have a podcast where I regularly ask members of both parties to come on as guests.

Out of the thousands of issues that governments deal with, I know very little about most of them and I’m always trying to learn.

When I have an opinion or an idea I want to share, I try to use my platform to either share it with as many people as possible, or I directly contact the government and share it.

Or, if there is a societal problem where I think I have a solution, I share my ideas with those who can best implement them. Or I’ll even start a company to implement them myself.

One company that I helped start is a company that makes nonlethal devices for law enforcement to replace guns and/or tasers.

In another situation I suggested a book idea to one of the leading African-American voices to discuss issues on racism. That book will now be out by election time.

Because I’ve spent the past 20 years trying to come up with solutions and building a platform to express my ideas, I feel I do have a voice that would be diminished by voting for one side or the other.

There are more important issues in life than voting.

If you want to help people, be physically healthy, work on emotional health, exercise your creativity muscle, and be humble enough to admit you can’t control or know everything.

If you don’t want to vote, don’t be shamed into it.

I can’t wait for Election Day, though. I have bets riding on the outcomes of about six states that are close. I plan on getting some popcorn, maybe doing a real-time podcast to analyze the election, and having a party!

JUST TO BE CLEAR: