Why I Said NYC Is Dead Forever… 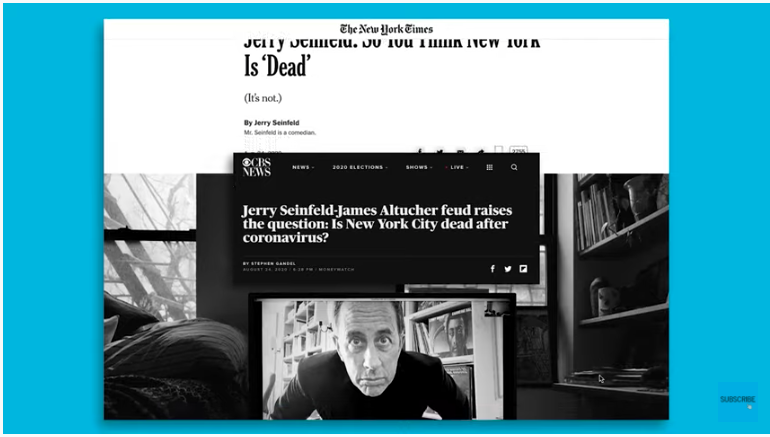 I want to put to rest all of the controversy around my recent article “NYC Is Dead Forever… Here’s Why.”

Two weeks ago, I wrote a viral essay on LinkedIn, which said that due to the coronavirus’s devastating effect on the city, NYC as we know it is dead, forever. A few days later, I woke up to find that the piece had received intense criticism from the likes of Jerry Seinfeld (who penned an op-ed against me in The New York Times), Mark Cuban, and even the mayor himself, Bill DeBlasio—as well as millions of others.

While I included lots of factual data to back up my proclamation, outlining everything from the city’s current real estate crisis to a rise in unemployment and loss of culture, many were quick to assume I merely had given up on New York City altogether.

This is far from the truth!

Watch this 6-minute video to learn more about why I wrote this piece, what that crazy experience was like, and what I believe needs to happen to save the city I assure you I love so dearly.

Big thanks to Gary Vaynerchuk for his advice and help on this video.

Also, I released this podcast today…

Eric Adams, Brooklyn Borough president and candidate for NYC mayor comes on and we talk about possible solutions.

Eric is an old friend and we were able to talk freely and I was very direct in my questions.

You can check it out here.