Why I Once Bought A House… 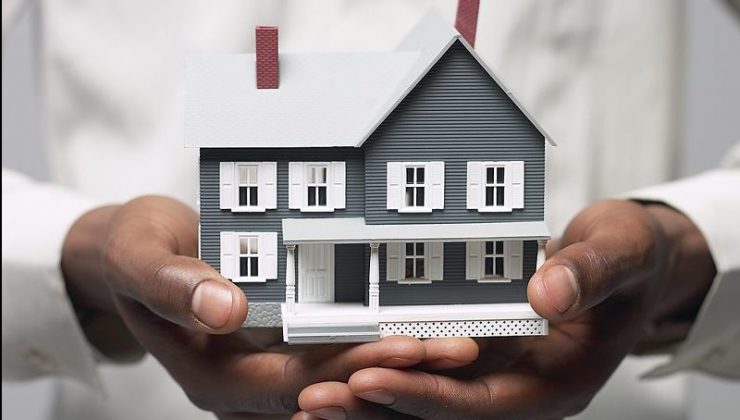 OK, I admit it: I bought a house because of a psychic.

It started in 2006. I was feeling strange and lonely about not only my circumstances but my entire way of life.

I was in the financial industry. Which is way to watch people make fools of themselves while making or losing vast amounts of money.

My father had just passed away and I felt like it was my fault. In fact, I wanted him to die at the end and it was a stress in my family. His brain wasn’t there anymore.

I couldn’t get over the regret of losing money that would have not only fed my children, saved my dad, bought me freedom, but would also have fed all the poor in the world.

Just kidding. I didn’t really care then about that last part.

So an astrologer recommended a psychic in Connecticut who said, “for this, I think you need to see someone special.”

I took a plane to New Mexico from New York. I visited Santa Fe for a few days. I drove to Albuquerque to visit a friend of mine there.

And then I stayed for four days in a motel where the special psychic would pick me up at 8am each morning, drive me to her house in the suburbs and we would spend all day talking about me.

I don’t know. But I find I’m embarrassed to admit all of this. I don’t even think I told my business partner I was going to see this woman and disappear for half a week.

She had a bag of white chocolate next to my seat each day. I ate the whole bag every day. And we would talk.

“Everyone’s life is changed by her,” the original psychic said to me. “She’s the real deal,” said the astrologer about the Connecticut psychic.

As for the astrologer. I met her because a date 20 years earlier wanted to know if we were compatible.

So that’s the way things happen. That’s how dots often connect. And then suddenly I’m in a suburb in the middle of the desert 2,000 miles away with an elderly woman and a bag of white chocolate.

“You won’t feel settled in life until you find roots,” she told me. “You need to buy a house.”

“It’s against everything I stand for,” I told her. “The last time I bought a house, I lost it and I went broke.”

I can’t remember what else we talked about. But it was four days. At the end of each day she’d drive me back to my little motel. Finally I took a plane home.

A year later my then-wife and I walked into a house that we heard was for sale. It was empty except for one of the most beautiful people I’ve ever seen sitting there. She was the seller.

There was another house on the property. A Putlizer Prize winning journalist was living there. We became great friends although I think now she doesn’t like me because of my stance on college. But friends come and go.

I bought the house…

Two months after moving in, my wife and I separated. I moved to NYC. The day after I moved to New York was Thanksgiving.

I put an ad on Craigslist claiming, of all things, that I was a psychic. I was 40 years old and sometimes I’m always a pimply and awkward 13 year old.

I responded to a lot of emails that day. And at least two of the people who responded to my ad remain my friends to this day.

I went broke again. We put the house for sale. We lost it.

And on and on. I started to date a girl who would ask me every day what my net worth was. Then she’d break up with me and leave. Then she’d come back later that day. We went out for four months.

I lost my one source of income.

It hurt. And it was a mistake…only having one source of income.

Sometimes it takes pain to burn a new habit into your brain.

Years later I found a way of investing, a habit I can count on to bring me income.

So I’m not as stressed. I’m safer. I learned, changed.

I don’t know if you want to change too, to feel safer like I do.

But if you’re curious, here’s what I did…it’s my plan for you to copy my habit of creating new income streams.

Anyway, I stopped getting calls from anyone. I had no opportunities.

“Why don’t you introduce me to your friends ever,” I asked the girl who always broke up with me.

“Because you’re crazy,” she said.

I would wake up in the morning and look out the window of the Chelsea Hotel. Men and women in suits rushing to their jobs. Going left and right according to their path in the maze.

I didn’t know where to go. I had nothing to do. Nobody liked me and they were all right. I didn’t like me.

I started writing every day.

2,000 blog posts later everything is different for me. Maybe everything is better. But does it matter? Will people 100 years from now think it matters?

She was right. The psychic was right. I bought a house and my entire life changed almost immediately.

Before we moved into the house I had a bit of a breakdown. Which means bad things happened while drunk in the middle of the night.

My then-wife was scared for me and called 911. It was about 2 or 3 in the morning and I hope my kids were asleep.

I pretended to be asleep and then I pretended I was fine. But the police took me away.

They dropped me off at one of those one floor motels in the middle of the highway. “Don’t let him leave until morning,” they told the manager.

In the morning the room was spinning. If I just lay still, I felt like I was on a roller coaster going up and down at high speed. Where am I?

I walked outside. The morning sky was bloodshot with sun. I couldn’t find the manager and the main office door was locked. There were no people around at all. I felt all alone and lost.

An hour later my wife and two kids picked me up while I was walking on the highway. “Why were you there?” my youngest wanted to know.

The only reason I write this is because I bought a bar of white chocolate today. Suddenly I remembered.

The psychic. The desert. The white chocolate.

And the entire airplane ride back from New Mexico, looking out the window, excited for the day when everything would change.

Related Reading: It’s Financial Suicide To Own A House