Why We Should Abolish the Presidency 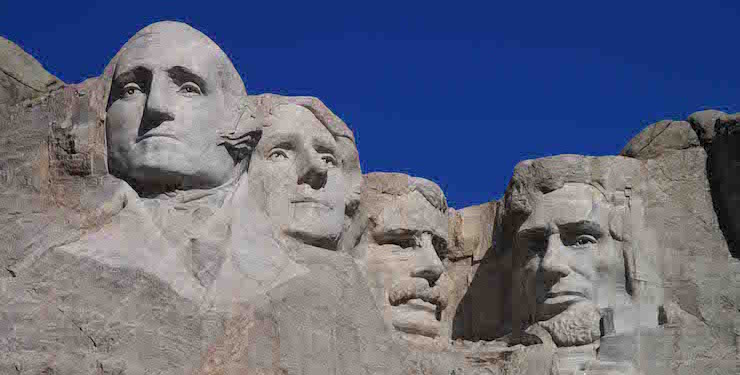 The other day, two potential leaders of the free world were insulting each other about the size of their hands (and the sexual tendencies that hand size might predict.)

Are these masters of intelligence, with their grasp of world issues and sexual euphemisms really needed in our modern society? Did the Founding Fathers have the foresight in 1789 that all of their rules would still be needed in 2016?

Here’s my question: What does the President even do? Do we need one?

In fact, one step further: I think the institution of the Presidency has largely ruined my life and the lives of most other people.

My proposal: We don’t need a President of the United States. In fact, he (or she) is useless.

First off, the Constitution doesn’t even address the powers of the Presidency until Article II. The Founders clearly thought the legislative branch was more important, i.e. the actual branch that creates laws, declares wars, etc.

The only original reasons the founding fathers had for an elected legislative branch (a republic instead of a democracy) were:

B) The founding fathers figured only rich landowners could afford to be congressmen (still mostly true) so that their interests above all would be represented (again, not a true democracy but more a bastardized distortion of one).

Given that, what do we even need a legislative branch for given that “B” is not necessary and “A” can be replaced by a country-wide digital voting system for any issue that comes up.

And, given that, that will eliminate all lobbying and reduce the number of laws passed, most of which are useless and do nothing but cause taxes to be raised to pay for the new laws (and enforcement of them).

So what’s the Presidency for? According to the Constitution:

Lately the Presidents have been declaring wars. We’re in Iraq, Afghanistan, Syria, and probably three or four other places I don’t even know about.

The only problem is, according to the Constitution, the President is not allowed to declare wars.

Only the House is. The last war the House has actually declared (the only body of government actually allowed to declare war) was World War II, in 1941. And that was after 11 million people were already killed or about to be killed. Oops! Too late!

So the President, I guess, took “actions” in Korea, Vietnam, Iraq, Afghanistan, Grenada (??), and a dozen other places I would never want to step foot in.

It’s such a simple math: if you get rid of the Presidency, millions of American children will live to be adults instead of dying on foreign soil.

And millions of civilians in other countries would be left alone. Seems like a good deal.

Since 2000 there’s only been two important treaties that have been ratified, both dealing with the US and Russia limiting nuclear arms.

This is clearly important. We don’t want people sending around nuclear missiles at each other, which is what I guess would’ve happened if the President of the United States didn’t figure this all out for us.

Since this is an important issue (and looks like the ONLY important issue from an international perspective), my guess is we can just elect some specialist in nuclear proliferation to become the “head of nuclear treaties”.

Then we, the new legislative branch democracy, would vote on whether or not to ratify the treaty. All good.

Guess what!? The President doesn’t really have any other power. Well, you might say, he is

Commander and Chief of the Military

A couple of points: He’s not really commander in chief.

I’m not going to make fun of the last few Presidents. But if you do the slightest bit of googling on Clinton, Bush, and Obama, you can see that none of them are qualified to be Commander in Chief of a Girl Scout unit, let alone the Army, the Air Force, the Navy, etc.

Second, since the House hasn’t declared war since 1941, what’s the big deal about being Commander in Chief of an Army that hasn’t legally done anything since 1941.

I know, I know, we’ve been in a lot of wars, justified or not. They are “defending my way of life,” etc etc.

Here’s what’s really defending my way of life. Not somebody fighting in a jungle in Vietnam or Afghanistan but global capitalism.

The more we trade and do business and support the economic development of third world countries, the less likely they are to want to bomb us (which has happened once in 50 years and not by a country but by a terrorist group that we successfully fought more through seizing bank accounts than through military actions).

My solution: eliminate 90% of the ground forces. Keep enough of the Air Force around so we can retaliate if anyone really does invade us.

And keep the Navy around so we can ensure that Somalian pirates don’t get in the way of free trade.

“But what if China invades us?” you might say. Well, I have nothing against good Chinese food but think about it: China already has invaded us. They have $2 trillion of our dollars. We only have $80 billion of our dollars in the US Treasury. As Bush would say, “Mission Accomplished!”

From the Constitution: “He shall from time to time give to the Congress Information of the State of the Union, and recommend to their Consideration such Measures as he shall judge necessary and expedient;”

I totally forgot about that. He can RECOMMEND things to us. He can have OPINIONS. That’s amazing!

How can I forget that? Like he can recommend the Department of Education which, since it’s creation, the US has gone from #1 in the world in education to #18.

Or he can recommend that Fannie Mae reduce their lending standards so that more people can afford homes (eventually causing the housing bust, financial crisis, etc).

Instead, lets have a digg or reddit-style system where people recommend things, back it up with essays, facts, etc and have people rank the recommendations.

Then the top 100 ideas ranked gets voted on by…the legislative branch, which is now the direct electorate instead of a bunch of buffoons we elect who don’t really represent our interests.

He can recommend judges to the Supreme Court that the House has to then ratify.

Again, I propose a digg-like system where judges present their credentials and the 150mm non-children in the United States vote them up or down and when we need a new Supreme Court Justice we decide which, of the top 10 should be that justice. And we do it through voting.

You can argue, judges should be outside the voting system. But they aren’t anyway – since we elect a President based on hand size who then picks the judges.

Finally, the LAST THING, the President can do. He can throw parties! That’s right. This is in Article II, Section 3 of the Constitution.

When a visiting Ambassador comes and visits us, the President is allowed to throw a party to greet him. There’s usually a very nice dinner. Then a dance. Then maybe a movie or a show.

And a receiving line where lots of people can spread germs kissing each other and shaking hands. And everyone dresses in tuxedos. Why do we need a President to do it? How about Martha Stewart? Or that other lady on the Food Channel. Or Wolfgang Puck. I nominate Wolfgang Puck for party-thrower.

There’s’ nothing else the President can do legally. All of the other stuff is artificial. He can go to funerals. He can create new cabinet level departments (Education, HUD, etc) that require massive buildings, budgets, and takes away people from private industry to give them sinecure BS jobs that last forever.

I need an immediate FAQ here to answer the obvious questions:

WON’T THIS LEAD TO ANARCHY OR A MILITARY COUP?

I’m just recommending getting rid of one man (and the entire mega bureaucracy that supports him.) The US runs just fine whenever the President doesn’t get in the way.

We could’ve avoided the housing crisis, the wars, the massive inflationary budgets and debts, etc.

We have governors and local police forces to deal with anarchy. And since I’m also suggesting massive de-militarization (since we haven’t had a legal war since 1941) that avoids the chances of any military coup.

WHO WILL VETO THINGS?

Obama has vetoed 2 laws during his administration.

W. vetoed an entire 11 laws in 8 years, 6 of which were overridden and/or passed with minor changes.

So that’s an easy one: either let the Supreme Court override stuff (which they do anyway if they deem a law “unconstitutional”) or let the people override.

WHAT ELSE DOES THE PRESIDENT DO? DOESN’T HE DO ANYTHING?

No, constitutionally he does nothing more. In all of the Amendments to the Constitution that came later, the only important one dealing with the President and his powers is Amendement 22 which LIMITs the power of the Presidency by saying a President can serve no more than two terms.

They did this because Roosevelt, on many occasions, tried to take too much power away from the people, the states, and the Constitution, during his three and a half terms.

So, Congress and the States, correctly, limited the powers of the Presidency so that a single man can only run havoc throwing parties for two terms instead of infinite.

IF WE HAD A ‘TRUE DEMOCRACY’ WON’T 51% OF THE PEOPLE VOTE THEMSELVES MONEY?

Duh, that ALREADY happened and nobody stopped it. 51% of the country is on some form of unemployment or other government handouts.

Most of those handouts created by Presidential “special actions”. Rather than taxing the middle class (the upper classes will always figure out how to avoid taxes. It’s hard to touch them) why don’t we figure out incentives for the 6 million private businesses to simply hire one more person each.

That would completely solve unemployment, would feed millions of people, and create a culture of ambition that would lead to a true trickle down effect. The dollars are already in the system.

Every less dollar spent by the public sector will, by definition, be spent in the private sector. Let’s get some smart people on this already instead of having the President just write checks to everyone.

WELL, WHAT ABOUT THE VICE-PRESIDENT? SHOULD WE GET RID OF HIM ALSO?

Of course not! Someone needs to go to the funerals of dead Kings of other countries.

That’s a real boring job. Do you want to stare in the coffins of a lot of dead people and pretend to look somber during the funeral?

If someone is willing to do that, then by all means give it to them. In fact, sign me up.