Women Rock! – and 4 other things I learned from the Star Trek Animated Series in 1973

Kelvin Tom, wherever the hell that bastard is, owes me big time. When I was seven years old he borrowed the complete blueprints of the USS Enterprise from me and never returned it. He lived right next door to me but was four years older and four feet taller. I want it back! Give it! 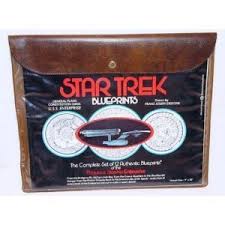 But while I was a fan of the live-action Star Trek (but not the movies until the most recent one) I really liked the animated Star Trek series even more (the most expensive cartoon ever at that time). The voices were all done by the same actors. I don’t know what it was about the animated Star trek. It was weird, 70s, mysterious, and filled with cryptic dialogue that I didn’t realize until now.

So here’s 5 things I’ve only learned recently by rewatching the classic episodes.

1)      Being a librarian is very demanding, but perhaps not as dangerous as other professions:

2)      Sulu is “scrutable”. Given what we later knew about the actor (George Takei) who played Sulu (the actor came out a few years ago) I wonder if all the actors were all in on some big inside joke when they did this scene in the animated series. “it isn’t just physical, you know, you have to be inscrutable.” Interesting to note that this is the one episode written by Walter Koenig (who plays Checkov in the live action series but was too expensive to hire as a voice in the animated series).

3)      Two things on this one. Its important to have a sense of humor if you’re going to be a leader. And second (and you never would’ve guessed this from the live action show): the people on the enterprise had their shirts laundered. Most shows don’t get into the technical details of laundry, cleaning, and going to the bathroom. But now we know they get their shirts laundered and its sometimes serious business:

4)      They had Google on the Enterprise. You can skip ahead on this one to 3:20. But, basically, this guy was trying to clone Spock (but first had to kill him) in order to create a master race.

How did they find out the guy was evil? They used the 24th century version of Google.  And they concluded, logically, that sacrificing life for the cause of advances in technology is…not logical. Computers, the Internet, massive databases, were so easily predicted by Star Trek even though they hadn’t yet occurred to such a great extent when the series was written. At the same time, the technology that created the 40 year cold war was in full force and scary. The Enterprise was often drawn into drama by the universal conflict between advanced technology and the desire for a simple, peaceful life. Technology by itself can’t win without wisdom:

5)      Women are better than men. In the live action series, the animated series, and the movies, the only episode where a woman takes command of the ship is in this episode where the men are essentially intoxicated by a race of beautiful women and become unable to function. I can relate to this very much. Uhuru has to assume command in order to kick ass, and demonstrates better skills as a captain than Kirk ever had. They should’ve promoted her right there on the spot.

I love some of the initial quotes in the clip: McCoy: “Where are the men?” Woman: “In another compound.” Kirk: “That makes sense.”

Uhuru, incidentally is from the United States of Africa, a country we can only hope to have created out of the mess of corrupt states over there (not all countries in Africa are corrupt, but many are). Another interesting point is that Martin Luther King had to personally call the actress to convince her to stay on after the first series, telling her that she was a role model. If he had never called her than maybe everyone on the ship would’ve died in the animated series.

Once again, I think that the current crop of Pixar movies and animations are no good compared with the cartoons from the 70s that were sloppy, had numerous errors, but had good fun stories that both kids and adults can enjoy.

I even named my first daughter after this one: