Are You In Prison? 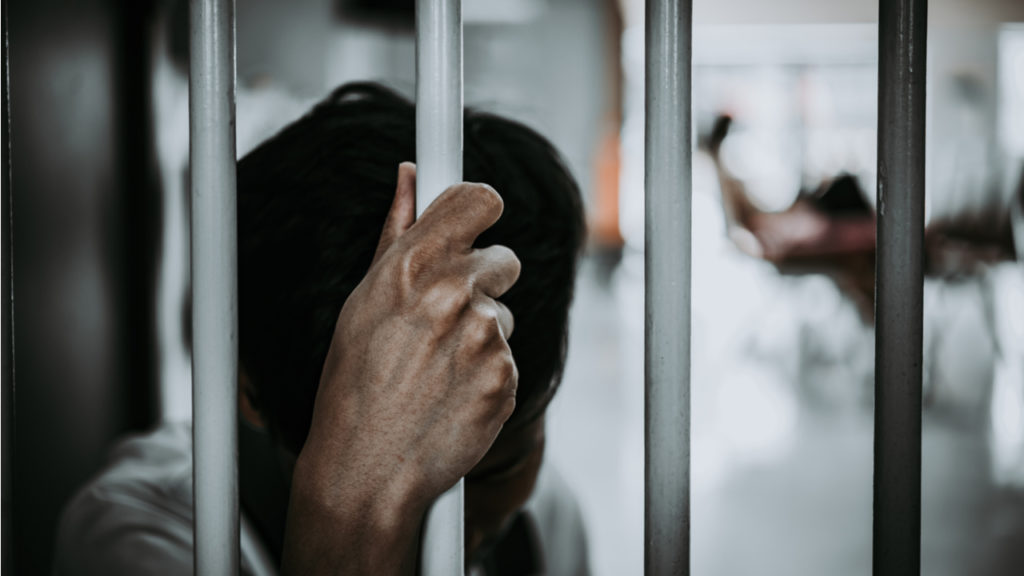 I had to go to the bathroom or I would s**t my pants. But I was stuck in a meeting.

And what if I ran into my boss? Would he be in the next stall?

Would we wait afterwards to see who would leave first after making all of those embarrassing sounds?

I ran out of the meeting. Ran downstairs. Ran across the street. The New York Public Library. Three levels down.

For a brief moment, I was by myself. I was free. This was my happiness.

I was a worker at a job. A prisoner of a human domestication program.

My first major job the boss said, “Don’t you have any pride in yourself?”

Next job the boss yelled, “Are you telling everyone here that you sent an incomplete product to the client, ruining everyone’s work?”

I wasn’t cut out to be an entrepreneur. The first two times I tried, I failed.

But I couldn’t help myself. I really didn’t want to s**t next to my boss.

So I needed more money.

The jail takes your money.

Sure, you might say, I realize I don’t get all of my income. About 40% goes to taxes.

YOUR TRUE SALARY is the value you create for the place you work.

And this is where your money goes:

Some percentage of it goes to your boss. He has to get paid also you know. Who do you think pays him? You do.

Some percentage of your salary goes to his boss and her boss and however big the hierarchy is.

The only value they create is by managing you. You create all the value.

My “job” as a boss was to make sure employees created as much value for me as possible while being paid as little as possible.

Some percentage of your “salary” goes to the shareholders of the company before you even see it.

And some percentage goes to the vendors of the company.

Like the insurance “benefits” your company gives you that you most likely will never need (if you were likely to need them, then the benefits would be higher, until you no longer need that much. That’s how insurance works).

And some percentage goes to employees that don’t pull their weight.

This is VERY important.

Finally, you have to pay for your cubicle, your office supplies, the computer on your desk, your phone, etc.

If you created no extra money to pay for these things then they wouldn’t exist. So this comes directly out of your salary.

I call all of the above your “Above The Line” salary.

Try to figure out what your Above The Line salary is.

Your salary + your office + your bosses + your share of the “80%” + vendors + shareholders = your Above the Line salary.

You can say, “My company gives me the opportunity to make this Above The Line salary.”

Most companies are very wasteful and you pay for that waste directly out of your salary.

Then there’s your “Below The Line” salary. Subtract your salary by the following amounts to see how much you really make.

40% goes to Federal and State taxes.

This is already after your services have been taxed at the corporate level, now you’re being taxed another 40% at the personal level.

Note that ONLY salaried employees pay 40%. Nobody else does.

You can say, “Well how about we change that in Congress?”

271 members of Congress are millionaires. They got that way by being owners of businesses and not employees.

If you have a regular corporate income, Congress doesn’t represent you.

Guess who pays the least amount of taxes? Entrepreneurs.

The richest Americans pay less than 15% on average on gains in their net worth.

That’s because salaried employees are slaves and have the least political power.

BUT, your 40% tax to the government is not your only tax.

Another 5-8% goes to taxes on everything you consume. Now we are almost at 50%.

Then, like most Americans, you have a mortgage. Maybe this is another 10-20% of your salary.

They branded the phrase “The American Dream” to make you less mobile, more in debt to them.

Then student loans you are paying off. For the first time ever, greater than 50% of the unemployed have college degrees.

So it’s pretty scary. You got this degree because (in part) you thought it would get you a job.

But 50% of jobs college graduates get jobs that no longer require college degrees.

And some percentage of your salary is sliced off every month to pay for that degree.

Then some portion of your salary goes towards health, upkeep of your relationships (they always cost money. This is not being cynical. Just reality), your transportation to your job (they force you to pay for the honor of transporting yourself to your prison cell).

How much goes to you?

You wake up before dawn. You travel. You work hard. You come home late. You’re feeling stuck.

You’re mildly depressed and may take medication for this. And you have trouble sleeping and digesting.

Shouldn’t you get paid more?

You are probably left with 1/100 of the real value you create, i.e. your real salary.

In other words, you could be making between 10x and 100x as much money if you started to un-slave yourself.

When I was at a job I was fooled into thinking I was free. I could “sneak out” at 4pm. I could take lots of breaks. Vacations were big.

But… did you look at the manual?

There’s a big manual. It’s like a bible. It’s called the “Employee Manual”.

This is the manual you get in your new human domestication program (HDP).

Some of the things in the HDP manual:

When your slave master sells them to another human domestication program, will you keep in touch?
I want to know, will you attend your cubicle mate’s funeral?

For one thing you might get fired. And all of your emails can be read by human resources.

My closest friend when I was at HBO was fired when his office romance went awry and all of his emails were read by his boss.

I know at least 10 people who have been fired because their boss decided to read their corporate emails.

There are entire seminars created just to teach people how to ask for 5% more money at work. People are scared to death to ask.

And by the time you get home to have real social interactions, you’re tired and bitter and angry at work.

I know I’m doing a little bit of projecting here. This was my personal experience about having a job.

I was sick knowing that another human being can yell at me in front of others and I had to just look down.

I was sick knowing over 90% of the value I created was being taken from me.

And I kept getting sick.

Money won’t solve all of your problems, but it will solve your money problems. Don’t let them take your money so they can keep you in slavery.

You want to own your time. Own your work. Own the value you create for others.

The average millionaire, according to the IRS, has at least five different sources of income.

And I agree with this. Don’t quit.

Start to be an explorer. We live in a 15 trillion-dollar economy. You helped create it.

Just like slaves and death and misery helped create the beautiful pyramids.

But 90% of what you create is taken from you.

Start to explore what parts you can take back. Work every day on ideas. I promise you can take some of that freedom back.

List every interest you’ve had since you were a kid.

List every business or job that can be started from that interest. Read every day about your interests.

Don’t be angry at the people at work, even your boss. They are all slaves also.

Don’t waste your free thoughts on the other slaves with their Rolex shackles.

Study the lives of people who aren’t slaves. Aren’t in prison.

What did they do? List what they did. Can you mimic any of it?

Keep working on building your idea muscle into an idea machine: write down 10 ideas a day no matter what, no matter how bad.

I did this. And in six months my life changed completely.

Sometimes for the worse. Much worse. I didn’t know what I was doing and sometimes I ended up on the floor, depressed and suicidal.

Sometimes freedom is very scary. It’s outside of the jail cell (“comfort zone”) you created for yourself.

But every six months since then my life has changed completely. My life is completely different than it was even six months ago.

24 years ago I had a boss yell at me. Humiliate me. I cried.

So I went to the library on 41st Street and 5th Avenue. I found a science fiction book I read once before as a kid.

It had that cellophane wrapping and a library card in it. And it had that smell when you open the pages.

I went three or four levels down, to my private bathroom in the library. My sanctum sanctorum.

And I sat there and I read about a man who lived forever and was happy. And the world disappeared and for a brief moment I was no longer a slave.

From that moment on I plotted my escape.