Would you leave on a UFO today? (and other mini-escape ideas)

I asked Mike Parker: if an alien landed from outer space and said, ‘we can take you up right now in our UFO, you would live for 5000 years, and all the women on our planet want to meet you,’ would you go?

We were in 7th grade, it was lunchtime and we were sitting in the school cafeteria.  Mike was twisting a squeaky Rubik’s Cube. He was the best in the school with Rubik’s Cube and the teachers always had to tell him to put it away.  He was the smartest kid in my grade and after that year left to go to a private school.

Could I say goodbye to my parents? Mike wanted to know.

No, the aliens are leaving right now.

I can’t then, he said. I have a personal family situation. I can’t do it.

What!?  To give up the chance to travel the universe? To give up living for 5000 years? And all of those women? I would be gone in a heartbeat. I would be a passenger on the Starship Enterprise for the rest of my life. It would be great.

“Hey Charlie Brown!” someone yelled at me from the next table. “Hey, hey! That guy looks like the MAD magazine guy.”

I didn’t look up. Sunlight was hitting the table, turning my insides into molten lava.

I would go in a heartbeat. 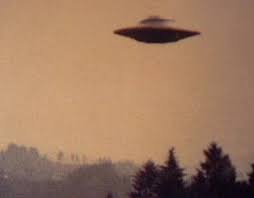 Fifteen  years later, I was depressed and in a bar in Queens. I had just started at HBO and hadn’t quite found my footing yet. They gave me a computer and told me to “go put this on the internet” and I had wiped out the computer and all of the internal emails on it by accident.

I left work that day without telling anyone what happened and hoped nobody would find out. The mirrors on the wall in the bar were slicing everyone into a thousand different angles.

“If an alien landed right now,” I asked the guy next to me, “and said to you, ‘we can take you up in our spaceship this second. You can’t say goodbye to anyone. But you’d live for the next 5000 years and we’d visit every planet in the universe.’ Would you do it?” 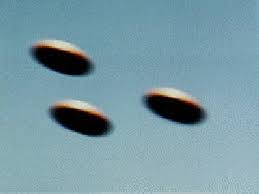 Sometimes, in the middle of a day, I get into a mood. I feel disconnected.  Everyone seems to have a mission. I’m standing on a corner waiting for the light to change with twenty other people. Twenty other people are on the other corner. For a brief second, we all merge. We touch. Then we all scatter

Where to now? Work? Convincing somebody of something so that money can change hands? Everyone has to do that or we all disappear. Like the family we were for the briefest of seconds on that intersection.

I want to take a little escape right now. Here are some mini-escape ideas:

–          Guns. One time my brother in law and I were dealing with a nightmare client. We went to the gun club on 20th street and shot rifles for an hour. 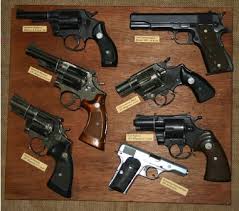 –          Games. Every city in the world has a place where semi-homeless people gather to play chess and backgammon during the workday, rain or shine. Nobody there cares what you are escaping from.

–          River. If I’m out where I live, I walk by the river. Then there’s a trail where within one minute of walking you forget completely that there’s any civilization around.

–          Beach. If its summer, there’s a spot near me where the river has a little beach and you can go in and swim. I always used to think swimming in anything other than a pool was dirty and gross. But sometimes I need it. I get baptized in the seaweed.

–          Disappear. Try this: if you work in a city, walk a few blocks from where you work, and just sit on the sidewalk with your back against the side of a building and just watch people. You will feel pleasantly invisible.

–          Library. Go to a library for an hour. Books are dying and the books in a library smell old. Take care of the old by caressing a few books. Whenever I got upset at HBO I would walk over to the NY Public Library on 42nd St.

–          Matinee. Go to a movie at 11am on a workday. When was the last time you did that? The world feels bright and different when you leave the theater.  Don’t feel guilty or you ruin it.

–          Museum. I can go to a museum bookstore. I like to read books about famous photographs and how the photographer was inspired to do each photo. Icons of Photography is a good book.

–          Manga. I’ve been trying to learn how to draw manga. Its amazing how quickly it takes my mind off things. Go to a public place and make a portrait of someone you see.

–          Friend. Call a friend right now you haven’t seen in three years or more. Go wherever they are and have a face to face conversation with them.

–          Church. Go to an empty church. You don’t need to do anything there. And it doesn’t matter what religion you are. But they are big and silent and even without noise they tend to echo.

–          Zoo. Go to the zoo. I’ve been to the zoo twice in the past five years. They actually do have weird looking animals there.

–          Bowling. Go bowling in the middle of the day. There are some fun characters who bowl at noon.

–          Graffiti. Go to a neighborhood you’ve never been to. Take photographs of all the graffiti you can find.

If you have any more ideas for mini-escapes please let me know in the comments (or follow me on twitter). I’m looking for more.

I have to pick up the kids now. Claudia tells me that’s an escape also. But it isn’t really. It’s a responsibility. But, that said, Claudia and the kids are why I can’t fuck around with aliens anymore.