Yesterday John Stossel asked me, “But don’t we need a President?” John has long been a hero of mine, particularly since his autobiography came out:  Give Me a Break: How I Exposed Hucksters, Cheats, and Scam Artists 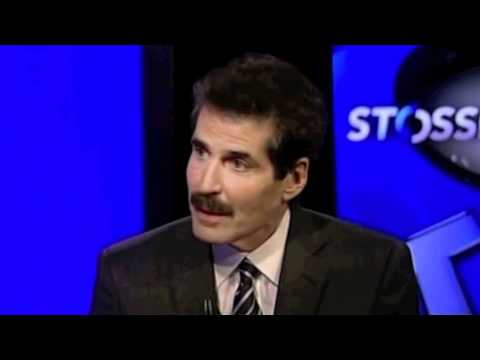 We were doing a pre-taping for his Thursday show. I was feeling a bit uncomfortable. First they asked me to put on makeup three times. I don’t like to wear makeup. Actually, I don’t even like to be touched unless I know you very well. Then right before we were going to start taping they asked me to go into some back room and comb my hair. What’s wrong with just looking like I normally do? Am I going to comb my hair and somehow look more “TV ready”? I couldn’t find an empty room so I was wandering the halls with a brush. I felt embarrassed.

During the segment I asked, “What has a President ever done for you?” and then John asked the above question.

John’s question was reasonable. Every country in the world has a leader. But my question was different: what has a President ever done for you? I was born in 1968. I’m 44. I can’t remember any policy by any President that has changed my life one way or the other. I look at all the big decisions in my life or the things that have affected my life a lot:

I would say that, physically, these were perhaps the most important things that have happened to me. Oh, throw in at the top of that list: starting this blog. I can’t blame any of my bad decisions on a President. Nor do I attribute any of my meager successes to a President.

So regardless of who was elected President (Clinton or Dole in 1996, Gore and Bush in 2000, Mondale or Reagan in 1984, Obama or McCain in 2008, and the upcoming election). I can’t think of how my life would’ve been different.  I would still have made all of the same decisions, for better or worse.

And yet people argue argue ARGUE over who should win in 2012. People lose friendships and family members over the Presidency. One close family member told me she felt like she was having an orgasm when Obama was elected in 2008. Well, what happened? Where are all the orgasms?

What actually changed in 2008? We kept the same Secretary of Defense, stayed in the same wars, healthcare is just as expensive, with or without Obamacare, my taxes are the same four years later, the economy is roughly the same as it was through most of the Bush administration, we kept open the same prisons – what actually got better for me?

Why do we obsess over this? Is it the culture of celebrity? Or, more likely, the fact that “can’t” is such a pervasive and persuasive word in our consciousness. We “can’t” do something unless the government is different, unless our lives are different, unless a savior comes and helps, unless luck comes down and blesses us. Can’t, can’t, can’t.

Which is why such a powerful political slogan is “Yes we can!” Then for the briefest of moments we are hypnotized into believing it’s true. That anything is possible if we VOTE.

But I don’t care about who is President. Nobody can make my life better. Nobody can rally me to a cause by saying “Yes we can!”.

Only “Yes I can!” will propel me forward, as stupid as that sounds. Only “Yes I Can!” will rewire the impossible into possibility in my head. This is something I’ve only learned after 40 years of “Can’t”. I vote for me. And by doing so, I know I will, I know I should, I know I can. If we all do that, then nothing else matters. No law will stop us. No economy will slow us down, no war will destroy us.

I vaguely remember at some point in the taping I said to John something to the effect, “Well, I guess we’re all going to hell then.” I had the crew laughing. But now I’m wondering if they will air the segment. Looking back on it, I feel like nothing I said made sense. But that’s how I usually feel about things that happened in the distant past.