You Can’t Do That! 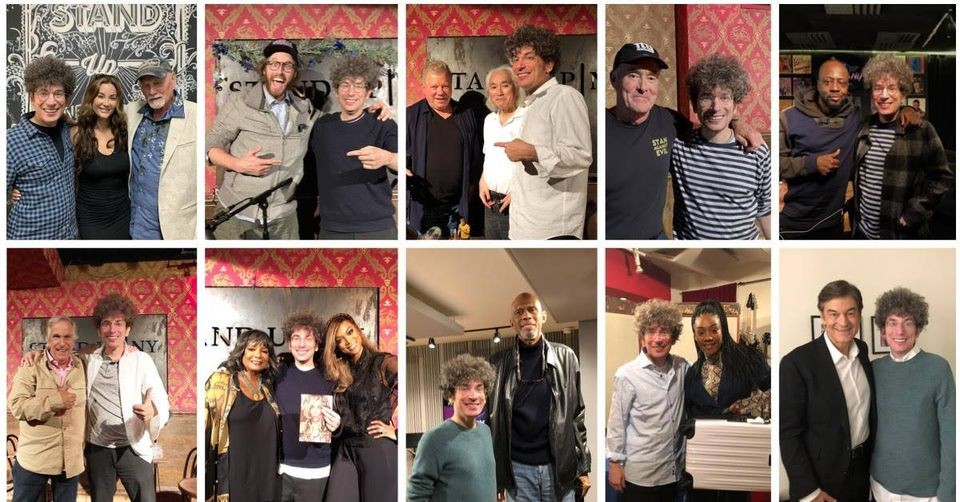 “Altucher’s new book, Skip the Line, is his best book EVER. It’s his first book filled with practical advice that has worked for him and others. I wish I read it when I was a young comedian.” – Jerry Seinfeld.

I wanted to be a hedge fund manager but I was broke. I lost $15 million of my money because I’d invested poorly. So of course I became obsessed and wanted to do it for a career.

Only problem was, I was a computer programmer and writer. And our world loves labels.

“You lost all your money investing and now you want to be a professional investor?”

He worked for JP Morgan. He was a professional investor.

I was feeling shy asking him. I wanted JP Morgan to give me money so I could start a hedge fund.

“Yes, I know I went broke. But then I wrote software to model the markets. I look for trades that have historically have had a high probability of success. It works.”

“Can’t your parents give you some money?”

“They don’t have money. And they don’t talk to me anymore.”

Steve had that look. Not a frown like he was trying to figure out how to get me money. More like a look that he was sorry for me.

“You can’t do that. Listen, I have to tell you. You probably need an MBA. Then you need to work at a big bank for a few years. Like Goldman Sachs. Then maybe you work for a big fund or two. Get experience. And THEN maybe you can break out and start your own hedge fund.”

How was I going to support my kids? I had taken on too much in expenses. I had worked so hard building a company and then selling it and now it was all for nothing and nobody respected me. And nobody cared.”

It was 1995. I was on the way to the CEO’s office. Companies didn’t have websites back then. HBO didn’t even own HBO.com.

I wanted to tell Jeff Bewkes, the CEO of HBO at the time (and later of all Time Warner), that he needed to create a website for HBO and that he should do original web shows on the website just like they did original TV shows.

My title at the time was junior analyst programmer in the IT department. I can’t even remember what I was working on all day. Nothing probably.

They don’t want you to change. They like the version of you that “doesn’t.” 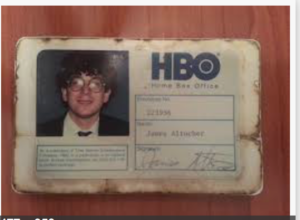 I started my hedge fund in a year (see chapter on the 10,000-experiment rule in Skip the Line) and did it for the next 10 years.

It led to books, writing for the Financial Times, starting new businesses, and every adventure I’ve had since. (See, the “Spoke and Wheel” chapter.)

Creating HBO’s website led to me starting my own business creating websites for Fortune 500 companies.

Richard Branson was a 27-year-old music magazine publisher when he wanted to start an entire airline to be the only competitor to British Airways. “You can’t do that!” everyone told him. “It’s not only impossible, but you know nothing about how to run an airline.”

(See the chapter on frame control).

Sara Blakely was selling fax machines door to door when she came up with the idea of Spanx. “You can’t skip the line like that!” everyone told her. “You don’t know how to design clothes, manufacture them, make a clothing line. You’re just a fax machine saleswoman.”

In my 40s I became obsessed with doing standup comedy. I had changed careers so many times everyone thought I was ridiculous. The other comedians kind of hated me.

“We’ve all been doing it 20 years. You have to do open mics, then hang out at clubs, then do the check spot, then MC, then maybe you get a Tuesday night. You can’t just skip the line.”

He said this to me five seconds before I was to go up to do my first hour-long show. I don’t know why he chose that moment to tell me that I was going to fail if I tried to skip the line.

Since then I’ve toured all over the country and the world.

I skipped the line.

I don’t hate the people who told me I couldn’t do something. They didn’t want me to leave their sandbox. 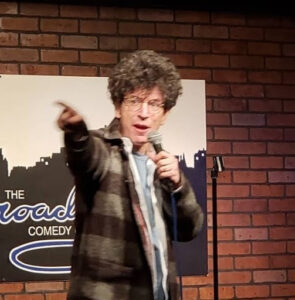 This past year, 55 million people had to file unemployment insurance. Almost half of the nation’s workers.

There is no loyalty in Corporate America. Corporations, the government, your peers, your professors, your family all want to stop you from doing the things you love.

They tell you, “How will you make money? How will you get good enough to compete with the people who have been doing it all their lives?”

What they are really saying is, “Don’t leave me.”

They want you to swear undying loyalty to their tribe. Else you will be cast out into the woods and eaten by the lions.

People thought they were taking the safe route. “Safe” is not 55 million people unemployed.

They took the scared route. They thought they had to be “serious” rather than having “fun” mastering and monetizing what they love.

This is sad. It’s sad because I regret the many times I chose to do something “safe” without realizing I was really really scared.

The times I didn’t skip the line I always ended up in the back of the line.

I wrote a book.

I hate self-help books. “This research study says if you mirror someone’s actions then they will agree with you.” Etc.

“This study says if you feel grateful every morning then your dreams will come true because you’ll notice them when they occur in life.”

I’ve switched entire careers six times. EVERY SINGLE TIME people told me, “You can’t do that,” and, “YOU CAN’T SKIP THE LINE!”

I’ve spoken to 1,000 podcast guests about how they skipped the line.

And it’s hard. It’s hard to go against the crowd. Particularly when the crowd includes parents, friends, etc. Anything worth doing is difficult.

Malcolm Gladwell says it takes “10,000 hours” to master something. This is bullshit. Total, utter bullshit.

I should know. The original studies on the 10,000-hour rule occurred in the ’90s. I was a part of them. They studied areas like chess, violin, memory, etc., and concluded 10,000 hours of deliberate practice are required to master something.

I’m a chess master and was included in those studies.

10,000 hours turns into 10–20 years. I don’t want to take that long to get good at something. To make money from it. To live the dream that I might have had for years.

From my own experience and hundreds I’ve interviewed, it takes about one year, maybe less, to be in the top 1% of the field that you love and good enough to make money at it.

Julia Cameron, author of the classic book The Artist’s Way, even said to me, “You poor baby. You are trapped in the prison of this 10,000-hour rule.”

And I was. But then it was like solving a puzzle that was so difficult but then once you see the answer it was like, “How could I have missed that for so long? What an idiot I must be!”

My book Skip the Line comes out today. I’m so proud of it.

Which is rare for me.

The past few times I’ve written something, it’s caused a lot of people to be angry. This is no different.

I get it. I’ve been torn apart.

This book is for them. Some of my chapters/techniques include:

There’s more. But my main goal was to write a book that WORKS.

I don’t care how many copies I sell. I just want this book to end up in the hands of people who read it and use it.

I want to make an offer.

I WILL PROVE IT TO YOU.

Buy the book this week. Read it and implement the advice. By the end of the year you will be on the path to $1 million.

They all let me know. Even five months later people were still trashing me. I felt the writing goddess had punished me and I was afraid to write.

I always thought I didn’t care what people thought but I guess I do. It hit a level where I almost was afraid to write anymore.

And I’m still afraid. This book will get people upset. But I want to do it. I hope you read it and like it but most importantly, I hope you use the ideas in it and tell me about it.

Don’t do this for me. Do this for all the people who have ever told you, “You can’t.”

Ugh. That’s a corny way to end this.

Do this so you can cut the line at Starbucks and when people say, “Hey!” you can say, “Sorry…” and just show them this book. They will laugh and say, “OK.” I tried that technique as well and it works.