YOU EVER GO TOTALLY CRAZY? 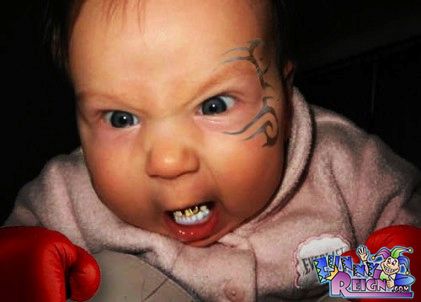 You ever wake up and you just don’t feel like moving? Then you have coffee but you don’t feel like getting to work? There’s a scary feeling in your stomach and the coffee just makes it worse.

And then you get to work and you just don’t feel like talking to anyone? You feel like you’re ugly and nobody should see your face. You feel like there’s glue in your mouth and that if you were forced to move your mouth it would be very painful.

Then when you have a meeting you feel like, ugh, all of these people are going to see me.

Then you have nothing to say in the meeting but if you don’t say anything then you feel like people will think you aren’t contributing enough.

Then you see the girl at the copy machine that you have a crush on and you try to say something like, “So where do you live?” but you suddenly realize that might be a creepy question to ask and she confirms that by saying something like, “not so bad” which doesn’t mean anything once you sit down and think about it.

You think about it for awhile. Like an hour or so.

And then you realize that all of your usual lunch friends went to lunch without you. Because maybe they don’t like you anymore.

You pass your boss’s office because you have to put in daily kiss ass time but his door is closed.

You ever have a job review where the boss says something about you that is so blatantly wrong you want to disagree with him but one of the things he says about you is that you are always “defensive” so you know you can’t say anything.

You ever have an idea and you tell your boss about it and he sort of looks away and has a little smirk and says something like, “I think the people who do that for a living know what they are doing, wouldn’t you agree?”

Or the time you staked out the bathroom to make sure it was going to be empty when you walked in so you watch and nobody leaves or enters it for five minutes and right when you are sure nobody is in there, your boss walks in and you know you can’t go in then or even right after him just in case he destroys the bathroom.

Do your teeth ever hurt? My teeth hurt right now. Because I’m writing this and it brings back memories.

You ever have someone you look up to say, “I”m disappointed in you”? And you don’t know what to say back so you look down.

You ever not know how to complete a task but it’s due right away and there’s absolutely nobody you can ask without looking stupid and the worst thing for you at that moment in time is to look stupid.

Because it’s hard to be fearless. It’s hard to say, “I don’t care if I look stupid.”

But you can’t figure it out and it’s due in one hour…ten minutes…yesterday. And now someone is going to be disappointed in you.

This morning I woke up from that dream. The dream of all of the above. And then I realized that it wasn’t a dream. It was all memories. And I still feel like that every day. Everyone will think I’m stupid.

You ever feel like going totally crazy, and everyone says, YOU ARE TOTALLY CRAZY?

And then you finally do it and bridges burn behind you, and you pour lit gas all over your memories and watch them scream and die.