"I'm Not Suffering from Depression Anymore"

The audience could see he was making it worse.

“I was biting my lip and shaking. I was starting to get too anxious. And it showed on stage,” Gary Gulman said.

He almost quit comedy. He thought a regular job might help.

Thank god there was an intervention!

Gary’s been one of my favorite comedians forever. I remember watching him and thinking “I want to be friends with that guy.”

This is his 3rd time on my podcast.

I planned it for the afternoon.

“My depression is at its worst in the morning.” But I didn’t know this the first time we met.

I had to apologize.

But he was still a great guest. He answered all my questions.

He told me how he got started. “I did impressions,” he said. “Within a year I decided my impressions weren’t very good. And that’s when I decided I needed to speak in my own voice.”

I took notes. I was only 6 months into comedy.

He worked really hard and then started bleeding all in his face.

But then… the intervention:

“My girlfriend called up my childhood best friend. They didn’t call it an intervention, but that’s how it turned out. I went into the hospital after that.”

He told me what it was like leading up to that point.

It was funny. Which shows what a great comedian he is.

“Did you think you and your girlfriend would stay together?”

He did, but he almost didn’t want her to.

“I was hoping that she would just say, ‘I can’t take this anymore.’ And move on. Because I felt so guilty about what I was not giving her as far as partnership. And yet she stuck by.”

She went to every doctor’s appointment and visited him in the hospital everyday.

And she’d just be with him. Which seems to be the most important.

“I remember my girlfriend and I would be walking. And I’d keep telling her to slow down and wait for me. And she’s a pretty slow walker. But I couldn’t keep up with her. I was shuffling around. And these small errands, like walking three blocks to get dog food would just exhaust me. I’d come home and be exhausted from just three blocks and a case of dog food…” he said.

It impacted everything. Speech, cognitive ability, movement. He said his access to words became limited.

When I sat down with him this time, I said “how are you?”

And he said, “I’m doing really good. I might even go so far as to say I’m the best I’ve ever been.”

Episode one shows his depression.

And when I hear these interviews back to back, I realize depression isn’t 100% invisible.

“What do you think triggered your depression?” I asked.

It takes an average of 8 years for someone to find the right combination of medicine for their kind of depression.

“It was just trial and error,” he said.

And the medicine he’s on now helped him get back into exercising and being creative.

“I wasn’t myself for for so long. And now to live as myself and be myself… it’s exhilarating and I’m grateful.”

“Why did you have to be hospitalized?”

He’s making a new comedy special/documentary that’s going to explain what happened to him.

“So I won’t go into that. I’d rather that be a surprise to people.”

“When will that come out?” 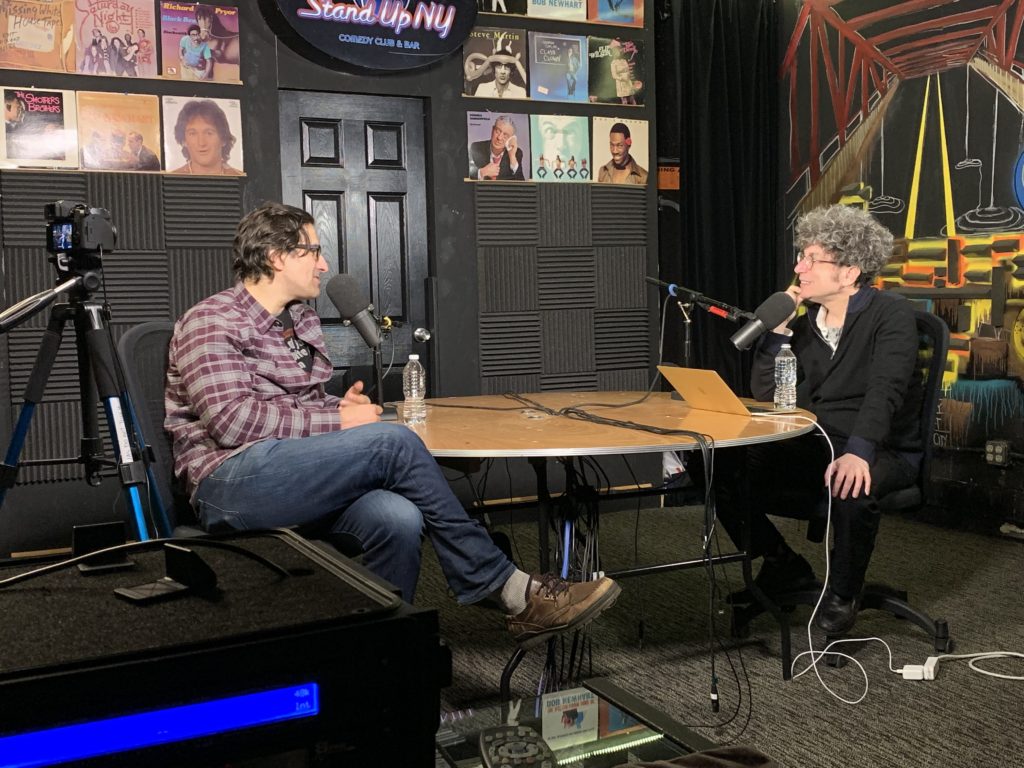