Who’s Really in Control of Your Mind? These Are The Secret Ways You're Being Manipulated

I don’t know how long I’ve been working for Google.

Every time you see this 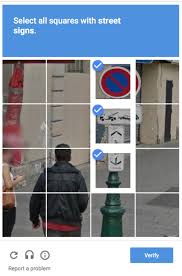 I give you permission to put that on your resume.

I learned about this from Roger McNamee. He’s every tech billionaire’s mentor:

“I’ve been around for a long time,” he said.

He brought Sheryl Sandberg to Facebook. She was at Google. Roger made the introduction. And then she became Facebook’s COO. That’s when Roger got pushed out.

And he was fine with that… then.

But he regrets it now.

“I was at the tail end of my career,” he said. “I was retiring. I was not as engaged. And I confess… I missed things I wish I had seen a lot earlier.”

Roger says there two phases of the internet.

Phase 1 of the internet is pre-data collection. Pre-behavioral prediction. Pre-manipulation.

Which we approved. And still approve. Because no one is saying “no.”

But Roger wants to change that.

He’s speaking out because he wants us to know the danger.

He wants us to know:

He wants us to ask questions. And wake up.

This is the big question Roger is pushing:

“Why is it legal for any third party commerce (i.e. Amazon, Facebook, Google, Verizon, banks and financial institutions, etc.) to be in our most personal, most private data?”

I didn’t want to give this up. I told him, “I know myself. I’m not going to stop using Google or Facebook. I like having an Amazon Alexa. These things make my life easier.”

“You don’t have to stop using anything,” Roger said.

He kept telling me, “You’re thinking about the problem wrong.”

I thought “they” (Google, Facebook, Microsoft, Verizon, Amazon, etc.) gather our data. And sell it to make a profit.

And I was fine with that.

But I never thought about:

And why is this a threat?

Roger explained. He gave me an example.

First you have to understand the evolution of Google:

“It began with the search engine,” he said.

Whenever you did a Google search, they’d gather your data. At first, it was sort of innocent.

They used your data to improve the search engine.

But then they realized they could do more with it.

So they took off.

“Then they add maps. So, now they know your purchase intent [from search]. They know who you are. And what you’re thinking because of your email. They know where you are. And suddenly, they have the most valuable dataset for human prediction ever made.”

“And not only that,” I said, “Facebook knows all your likes and preferences.”

“And so there’s cross pollination. And off they go…”

If these companies are in a race to manipulate us (and they’re winning) and we didn’t even know this race exists… then how do we catch up?

“Use your voice,” Roger said. “We need to use our political power. There are at least 319 million of us in the United States of America. If we act on our collective self-interest, we’ll be able to keep all the things we like. And eliminate the stuff we do not like.”

I’m having Roger come back on for a part 3.

Because I want to know more.

I think there are layers of understanding to this.

So this is what I think we should do.

Tell all your friends that you work for Google. That’ll confuse them. And get their attention.

These questions are important. Because people are immune to lessons they don’t want to learn.