These 10 Biases Impact Who & What Influence You

Are you kidding me?!

“Did you do this on purpose?” I couldn’t believe it.

“This is the book I wish I had written! Is that why you wrote it?”

“Yeah, just to make you jealous,” Gabriel Weinberg said. He’s the CEO and founder of Duck Duck Go (a search engine that doesn’t store your searches. And keeps you totally anonymous).

“I can’t really talk about that,” he said.

“Ok, I get it. Secret stuff between search engines.”

Duck Duck Go has about 1% of the market right now. Which is about a billion searches a month.

This time, I had him because he wrote: “Super Thinking: The Big Book of Mental Models.”

Mental models = explanations about how we think. 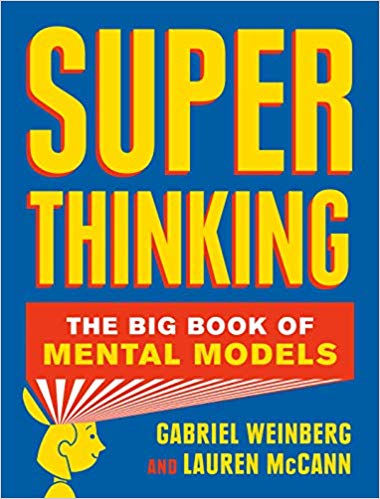 We’re all trapped in these.

And the book goes through HUNDREDS of them.

So here’s what I recommend…

Pick up the book.

And write down the top 10-15 mental models that affect you personally.

That’s what I did.

Because this is a cheat sheet to your screw ups. And your future.

I’ll give you three of my favorites.

1. YOUR BRAIN ASSUMES OTHER PEOPLE ARE MALICIOUS
Going on Twitter gives me anxiety. But I want to tweet. If I interview Gabriel Weinberg, I want to post about it.

I want to read jokes. And laugh. I want to see what I can help people with.

But then I get hate from someone who doesn’t know me.

This happens every day.

My enemies are small potatoes.

But those potatoes hurt.

Which basically means this:

This bias is inevitable in everybody. But you can catch it.

If you do these 2 steps:

2. PEOPLE ARE LAZY. AND YOU’RE A PERSON.

The remote control was invented by the most active lazy person on the planet.

He thought, “I don’t want to get up to change the channel anymore. I’ve had it!”

So he got up to change the way we watch TV. Years later, the term “couch potato” is born.

Here’s another example of how lazy we are.

This is a cognitive bias that basically means you’ll reach for whatever information is available, which is usually the most recent thing that entered your brain.

So when it comes to performance reviews at work, your boss will usually just look at how you’ve been performing lately.

Not the actual year. Or quarter. Or whatever.

So here’s how you hack this:

As it gets closer to your review, start putting in more time. Do 10 hours. Show up early. Or stay late.

Then negotiate for a raise.

Your chances are higher. Because the boss is like you (he has a stupid brain). And he’s subjected to “availability bias.”

3. YOU LIKE YOURSELF
Thinking you’re better than you are = “the Dunning-Kruger effect.”

And it can have consequences…

If you think you’re a better driver than you are, you can get into an accident.

Robert Greene calls this the gap between what you think of yourself. And what other people think of you.

The smaller the gap, the better off you are. Because you’re chances of improving in an area of life (or a particular skill) go up.

And on the flip side, the bigger the gap, the more people hate you.

Gabriel told me how to decrease your own bias about yourself.

And why it’s important if you’re learning a new skill.

Let’s say you’re learning how to play the piano. And you start to improve. And think you’re an expert, when you’re actually an ammature…

Will you really do the deliberate practice necessary to improve?

So in that case, the Dunning-Kruger effect is bad.

Because if you’re writing a novel, when you first start, you’re going to suck.

It will take years to get better.

Because anything worth learning takes time.

That’s the true definition of courage… to be so dumb, that you give it a shot. 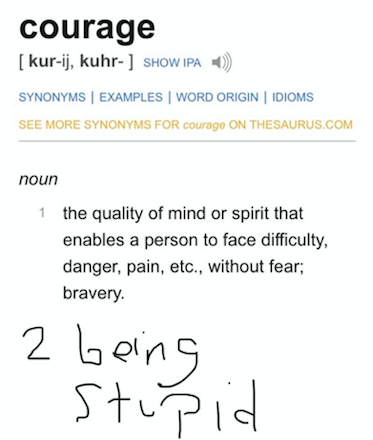