Men's Health: "If You Continue To Do This, You're Going to Die Early"

Two years later he felt like he was going to die.

“I only left my loft for food, sex and to go to the ready-teller,” he said. “An instinct kicks in that if you continue to do this, you’re going to die early.”

He did the research.

And found that men who live alone die 8-10 years earlier than men who are engaged in a family.

“Well any number of ways, but essentially you have kind of a low-resolution security camera in your brain trying to figure out if you’re adding value. And when you’re on the stairmaster or on a rowing machine and sweating, you fool the security camera into believing that you’re hunting prey or building housing.”

Then your body secretes…

It’ secrets a hormone that signals to your body “this one should live.”

“When you’re engaged at work or doing a crossword puzzle, you fool the security camera again into believing that you’re making important decisions for your cohort or you clan and it decides to, ya know, let you stick around.”

But if you’re not moving. Or enganged in other people’s lives, “basically the security camera figures out you’re not adding any value. And stops secreting the hormone that clears out the bad cholesterol.”

“So What does that mean?”

“You can develop any number of ailments whether it’s depression or diabetes… so, yeah, if you want to live a long time? You better–especially as a man–you better be engaged.”

Scott Galloway wrote a book about this. It’s about the 3 types of love we get, which love keeps us alive. How happiness changes at different ages. Money’s role in wellbeing, etc. He’s the founder of L2, a research company with (highly recommended) YouTube videos called “Winner & Losers.”

My whole team watches these.

He’s also on the board of The New York Times and a professor at NY… where he tells kids not to follow their passion. And to “assume you’re not Jay Z.”

Here’s more of what we talked about: 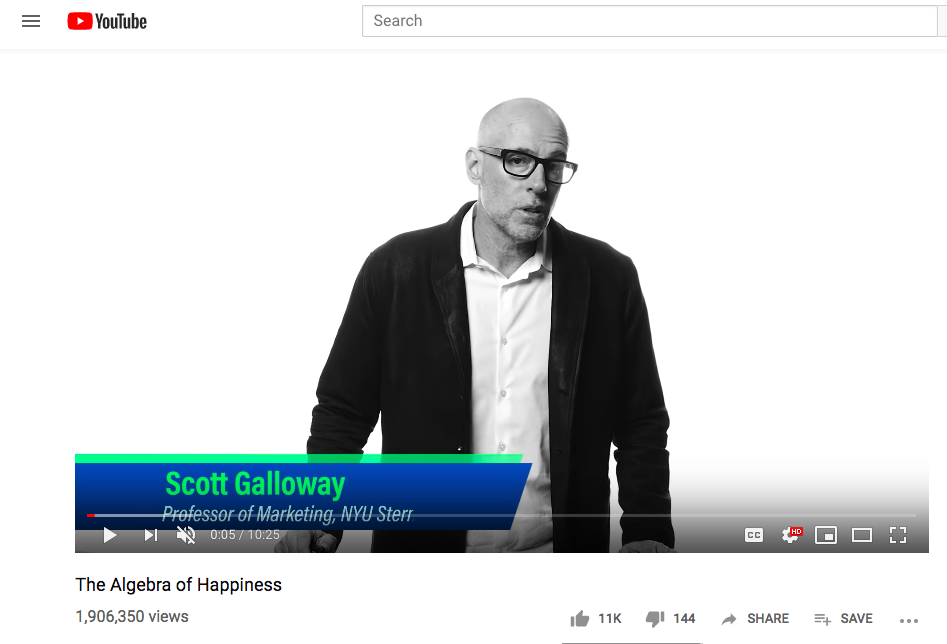 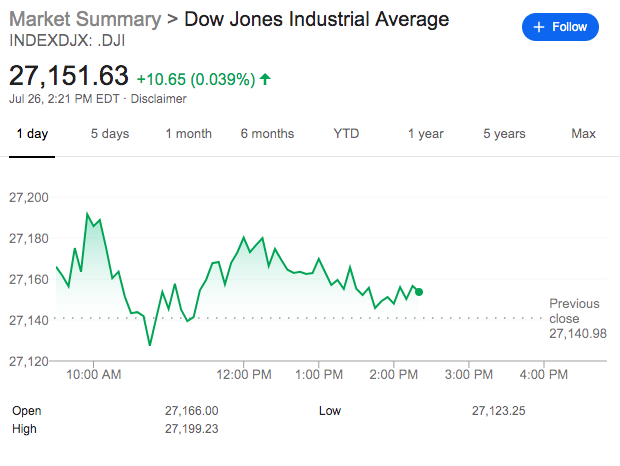