The Path to Stillness

Ryan Holiday on How to Develop Self-Discipline & Reduce Overwhelm

Ryan got into a fight. And we taped it.

Ryan called the president a maniac.

An hour late, we did a Q&A. Because this podcast had an audience.

Someone stood up and said, “You’re using your book platform to bash the president. I’m a Republican. And that offends me.”

“Why does that offend you?”

Then someone commented on my Instagram. I was doing a giveaway of Ryan’s new book “Stillness Is The Key.” 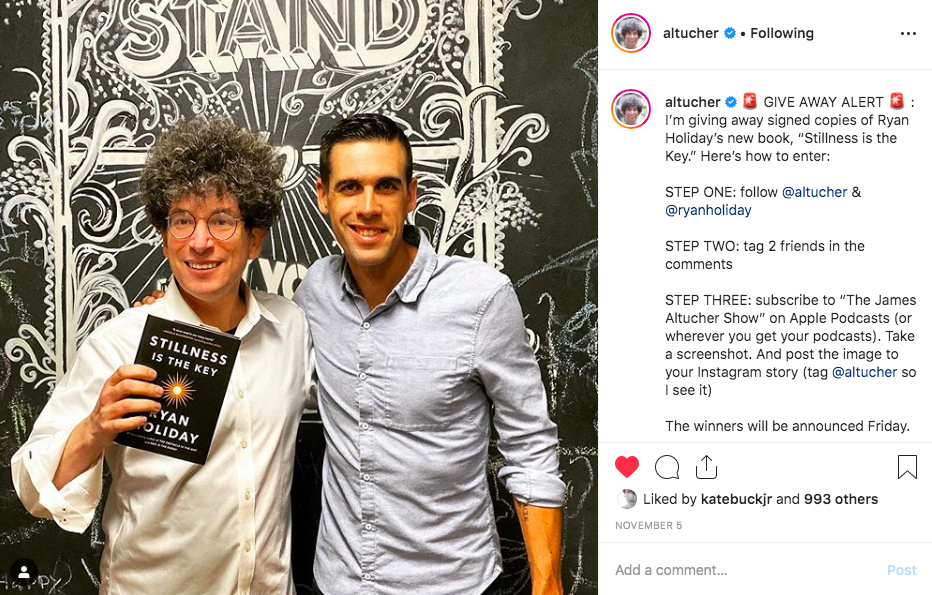 They commented, “Great interview. Ryan why are you so angry??? Lol,” with the crying laughing emoji.

Emojis have taken over our emotional expression. And people are getting worse at expressing themselves.

Anger could be passion. Passion could be fear.

Everyone just wants to know how to live a great life. How to be happy. How to deal with the hard stuff. We want a prescription.

But it’s all subjective.

So how do you sort it out?

And he told me two things he does every day.

He quoted Secana, “[We are] dying every day.”

I’ve been dying for 51 years. And I don’t know how many years, months, weeks, days I have left.

Shakespeare wrote: “Every third thought shall be my grave.”

“I don’t know if it has to be that common,” Ryan said, “but no day should go by without thinking, ‘If today was it, would I be good? Or am I leaving something on the table?’”

It’s called “memento mori.” Which Ryan writes about on his blog, DailyStoic.com.

And he writes about it in “Stillness Is The Key.”

At the podcast, Ryan made coins to give to people who asked questions. 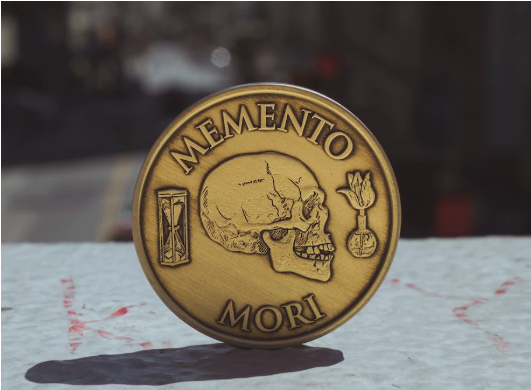 Volunteers passed out the coins. They didn’t give one to the Trump supporter. My wife didn’t like this.

Not because of politics. But because it’s opinion discrimination.

I asked Ryan to define stoicism. He said it’s meant to help you deal with things that are unpleasant.

Or “circumstances that aren’t ideal.”

But it’s really difficult to be stoic when you’re broke, isolated, scared, angry…

So I ask Ryan, “What are the first steps? How does someone listening, who’s struggling, mentally bring themselves to stillness?”

Skip to 18 minutes to hear his answer.

Or just listen from the beginning.

Here are the list of topics and a sneak preview of the episode.