“How does someone become smart enough to know what’s coming?” I asked.

I was talking to George Gilder. He’s a 79 year old super futurist. And somehow, he’s been able to predict the future for decades.

In 1990 he said, “The computer of the future will be as portable as your watch, as personal as your wallet, it will recognize speech, it will navigate streets, collect your mail and your news.”

And he’d joke, “It might not do windows, but it will open doors to your future.”

How did he know that? I have no idea what tomorrow looks like. Nonetheless, 20 years from now.

“You want to know how to be a futurist?” he said.

Then he told me…

A) START SOMETHING NEW (OVER AND OVER AGAIN)

George is a generalist.

He wrote a book about economics and it became Ronald Reagan’s favorite.

“I was Reagan’s most quoted living author,” George said.

The book sold millions of copies all around the world. He could’ve stopped there.

He could’ve put his identity into the subject. That’s what most people do. They’ll say, “I’m an economist.”

He’d go to the bottom of some other subject. Learn it. Write it. And move forward.

That’s part of being a generalist.

B) FIND WHAT ACTIVATES YOU

Steve Jobs read one of George’s book in 1990 (the one where he predicted smartphones). And Steve Jobs gave it to his friends to read.

“So I believe I had some vague influence on the evolution of the iPhone,” George said.

Now he has a new book,  “Life after Google: The Fall of Big Data and the Rise of the Blockchain Economy.”

George went to China. And did 40 appearances in 9 days. FORTY!

“I ran ten miles on Sunday.”

“Do you think it’s genetics?”

He told me about his half marathons, 10Ks, cross-country skiing. He told me he runs up mountains.

The activity gives him energy. And that propels him forward in every way. Physically, mentally, futuristically.

At every step of every interest, George would ask, “What does this mean?”

Poverty… “What does this mean?”

Microchips… “What does this mean?”

He ties the question into a bigger and bigger picture.

It didn’t exist. The only people who knew it was coming were the people working on it.

“Most of the key figures in technology don’t write,” George said. “And if they do write, it’s relatively meager technical documents.”

So George goes to them.

That’s how he’d get the news first.

Not everyone can travel like George can. That’s OK. There are so many experts doing talks, going on podcasts, doing interviews, etc.

Anyone can have a TV show now (IGTV or Facebook Live). Or a podcast. Or “journalist” (medium.com, Quora, or you can have a newsletter with an email list).

I have friends who started their own magazines and “Top 40” lists for the sole purpose of getting the chance to speak to the experts they wanted to learn from. 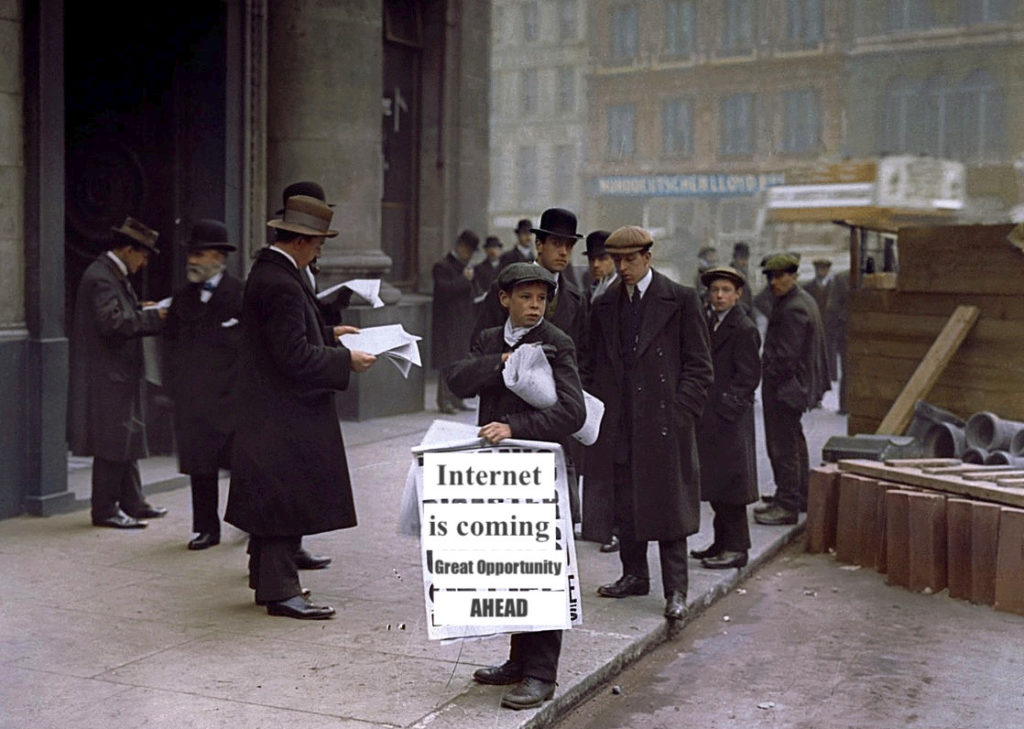 E) GET A TEACHER

There are two kinds of teachers: real or virtual.

He studied with Carver Mead, the researcher for Gordon Moore. They did the research for Moore’s law (which basically suggests that computing power doubles every two years).

I get teachers from books and podcasts. Before I met George, his books were my teachers.

Then I met him, and for 90 minutes, he became my teacher.

When cars replaced horses, people working on horses got jobs working on cars.

When ATMS came out, everyone thought, “Oh that will be the end of bank tellers.” 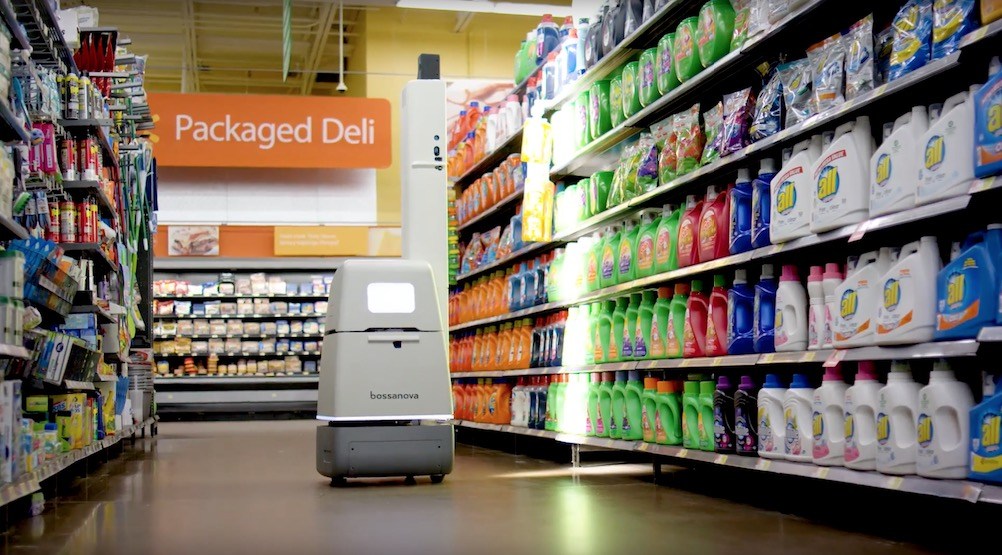 But that’s not what history says.

“Right now, shelving products at Walmart must be one of the dreariest jobs on Earth,” George said. “All throughout the history of economics, technologies have emerged and replaced the worst jobs and released human beings to do better things.”

If robots shelve Walmart, then their profit will increase by billions of dollars. And that billion dollars will find its way into new companies and employ people.

“In a much wealthier society, there will be more projects, and thus, more creative and exciting jobs.”

G) CUT OUT THINGS THAT TAKE AWAY ENERGY

This one didn’t come from George. But it’s still important.

Here’s everywhere I DON’T look to learn about the future:

I look at futurists. And their ideas.

2019’s industrial revolution is AI, robotics, automation and so on. People are afraid.

And whenever I asked George about this, he’d laugh. And explain why it’s funny. Not scary.

That’s why I wanted to reverse-engineer his mind.

Because I want to laugh.

Laughter is the medicine for fear.

Listen to my interview with super futurist George Gilder here:

If you like this episode, then make sure to subscribe to “The James Altucher Show” and rate and review wherever you get your podcasts: