I never fly anywhere unless I HAVE to.

I like to stay home. And by home I mean New York City, but I was doing research for a newsletter I’d been working on about pot stocks.

So I flew to Denver, landed at 8am on a Tuesday, went to a growhouse, took a couple selfies, recorded a pot-cast, visited a local dispensary, talked to the people who worked there and left the same day. 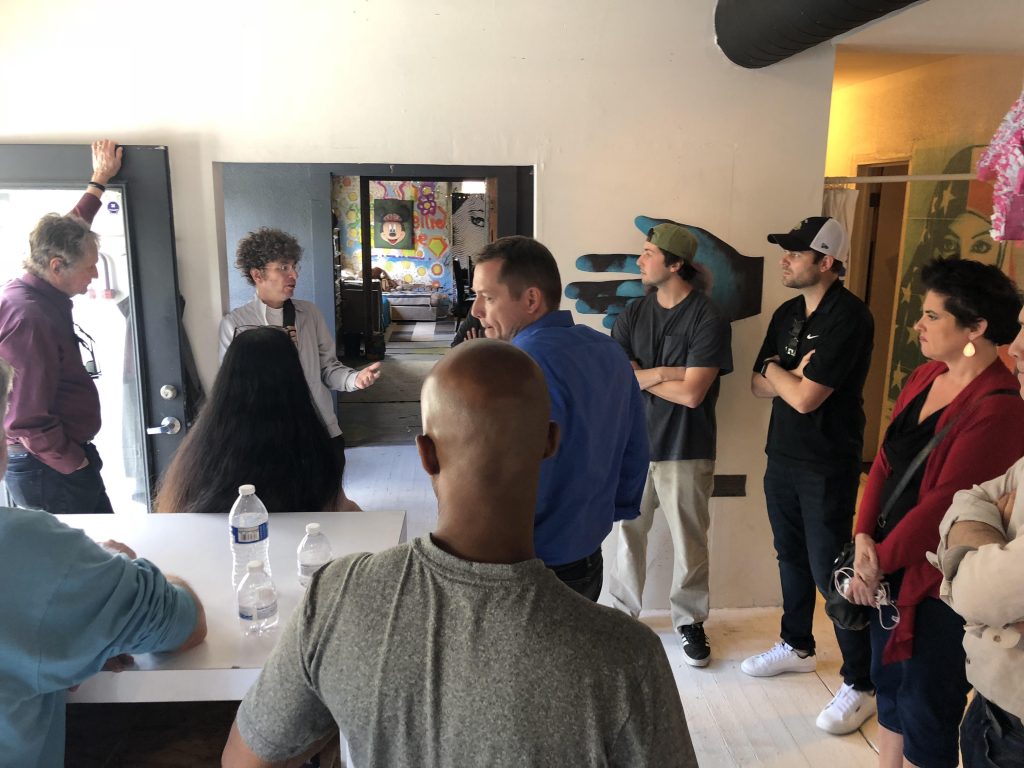 I wasn’t high. I even asked, “Can you get high from the smell?”

OK, A little bit of background (I want to tell you why I got interested in this project to begin with because it can benefit you):

Canada just made marijuana legal country-wide. (This was earlier this month). I wanted to find out about all the possible opportunities BEFORE the boom.

See, whenever an industry explodes, there are also sideways booms. Always.

I’ll give you an example.

Look at Airbnb. When people started renting out their homes to total strangers on the internet, the gig economy exploded:

These all became new and needed services.

And so, with pot becoming legal in one form or another in 29 U.S. states plus Canada, I wanted to know what’s next.

And I figured the best people to talk to are the ones who are already lived through it. And still benefit today.

“You can’t really stop the momentum once it’s started,” John Mc told me.

“What makes you an expert?” I asked him two minutes in.

“You are,” I said. He knows a thousand times more than anyone I’ve ever talked to.

I found him when I was reaching out to dispensaries, cold-calling for information. And someone told me to call John. He found the growhouse for me to visit. And liked my idea for the newsletter.

His family has been living in Colorado for six generations. He lives in a neighborhood called “Five Points,” which is Denver’s historic district. But John said, “Ten years ago, you wouldn’t even want to walk in this neighborhood.”

I asked him what happened after pot was legalized? What were the opportunities? And what can someone do today to benefit?

I wanted to find out how the gig economy would explode (and how it already has).

And then what about the financial effects? How will this help businesses, investors, real-estate agents, coffee shop owners, bars and restaurants, uber drivers, etc.

“What we saw was a complete boom: real-estate wise, tourism jumped through the roof. We have, still, over 1,500 people a week move to Colorado.”

I wanted to know about the negative effects, too. Because if you believe the naysayers Colorado must’ve fallen into total havoc and nobody went to work anymore and everyone was high all the time.

He was talking about the elevation.

He told me about the good parts and the bad.

He told me about the real-estate boom. And the people who were pushed out of their neighborhoods due to inflated pricing.

Ideas = opportunity. And that’s what this pot-cast is really about.

I’ll give you one last story from my trip to Denver.

Just outside the dispensary, I saw 10 or 12 people on a bike. One bike. It was some weird tourist attraction. Picture a a picnic table that has wheels and pedals on each side. They all pedalled together, blasted music and yelled “wooh-hoo” to the people walking by. They looked ridiculous, but they also looked like they were having fun.

Someone came up with this “service.” When marijuana became legalized, this person had an idea. Marijuana tourism became its own industry. And giant shared bikes became (what looks like) a profitable business. 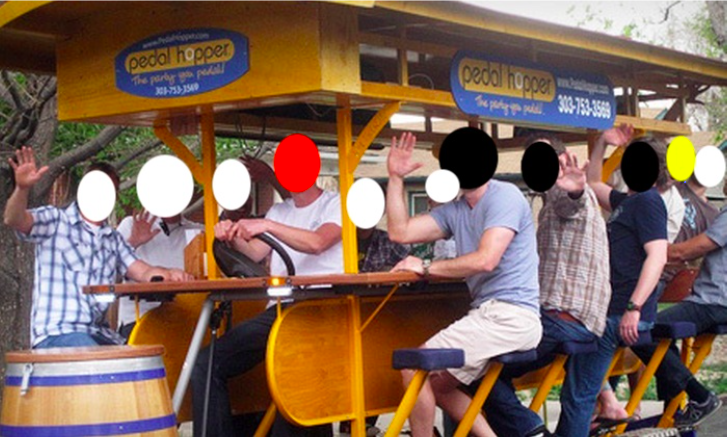