What's the Difference Between The Web Now and in the 90s?

[Note: This is part of my larger “Ask James” post this weekend”. Here is the original post.]

Basically, nothing. The basic technology and framework has barely changed. Which is a good thing.

1) There were HTML pages 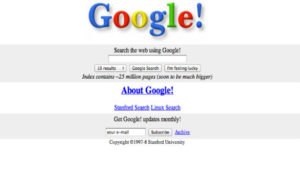 8) There were a lot of dumb acqusitions and IPOs that made people a lot of money and now they are called geniuses even though the businesses are totally out of business.

9) The most popular browser was Netscape, which at its core is the same Firefox, IE, and Chrome

11) there were blogs, only then people would say “go to my web page”.

I can’t really say there are any differences between now and the 90s other than:

– Computers are different. They are now called “tablets” or “phones”. But if I add up all the costs of my computing and connectivity it’s about the same (although per “unit of computing” its certainly cheaper.)